Over 54K under community surveillance: Govt

Over 54K under community surveillance: Govt 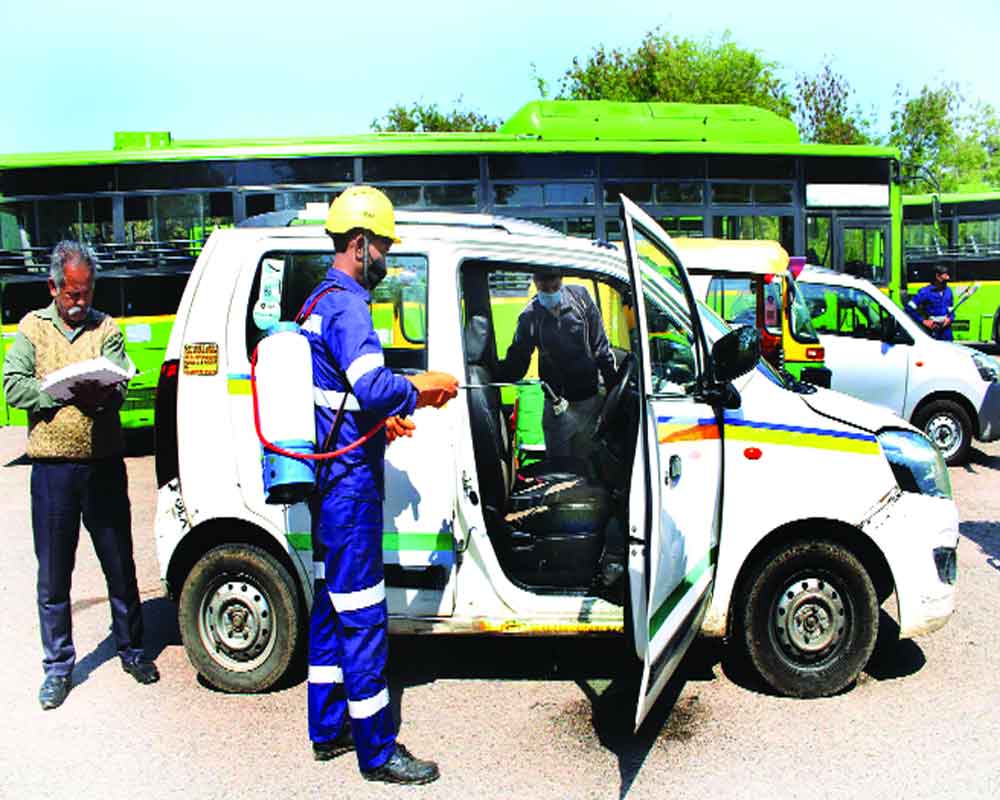 Informing the Rajya Sabha about measures taken to fight the pandemic, the Health Minister assured Rajya Sabha members that any complaint about reported unhygienic conditions in the quarantine is getting due attention.

Highlighting the role of the medical fraternity, Harsh Vardhan said, “As one metre social distancing is required to be taken while dealing with those affected with the virus, I laud doctors and paramedics who are working honestly with dedication while taking risks in treating these patients.”

“I laud all doctors and paramedics, be it in villages or cities or in private or Government in controlling coronavirus at all levels,” he told the House while replying to supplementaries during Question Hour. His remarks were lauded by all members, including those from the Opposition.

On reports about poor facilities at such centres, Harsh Vardhan said these reports are exceptions. “I can agree with you that the facilities may not be good. It is quite possible that at some places bathrooms may not be 5-star type. We are actiing in strongest possible manner on such complaints. These are rare complaints,” he said.

The Minister also said the Indian Council of Medical Research (ICMR) scientists are in touch with scientists all over the world regarding the use of retroviral drugs in treating coronavirus patients and in the research underway across the world in finding treatment of the virus.

Fielding questions on impact of the pandemic on tourism sector, Tourism Minister Prahlad Singh Patel said in the Upper House the Government’s immediate priority is to ensure safety of people and it will later evaluate losses incurred by the culture and tourism industry due to restrictions on visitors.

Responding to series of queries during the Question Hour, he said the Government has banned tourist visit and even Archaeological Survey of India (ASI) monuments and temples are shutdown.

Taking a view contrary to his former party president Rahul Gandhi, Congress MP Karti Chidambaram sprang a surprise in the Lok Sabha by complimenting the Union Government for its efforts to tackle coronavirus and said one should not “play politics” over the issue.

Rahul has all along been targeting the Modi Government’s response in tackling coronavirus and accusing it of being in stupor. Karti, however, pointed to complaints that people, being quarantined over coronavirus suspicion, have been kept in “substandard” facilities under “unhygienic” conditions. He said many of these people, most of whom were quarantined following their return from abroad, have the wherewithal for self-isolation and should be allowed to do so.