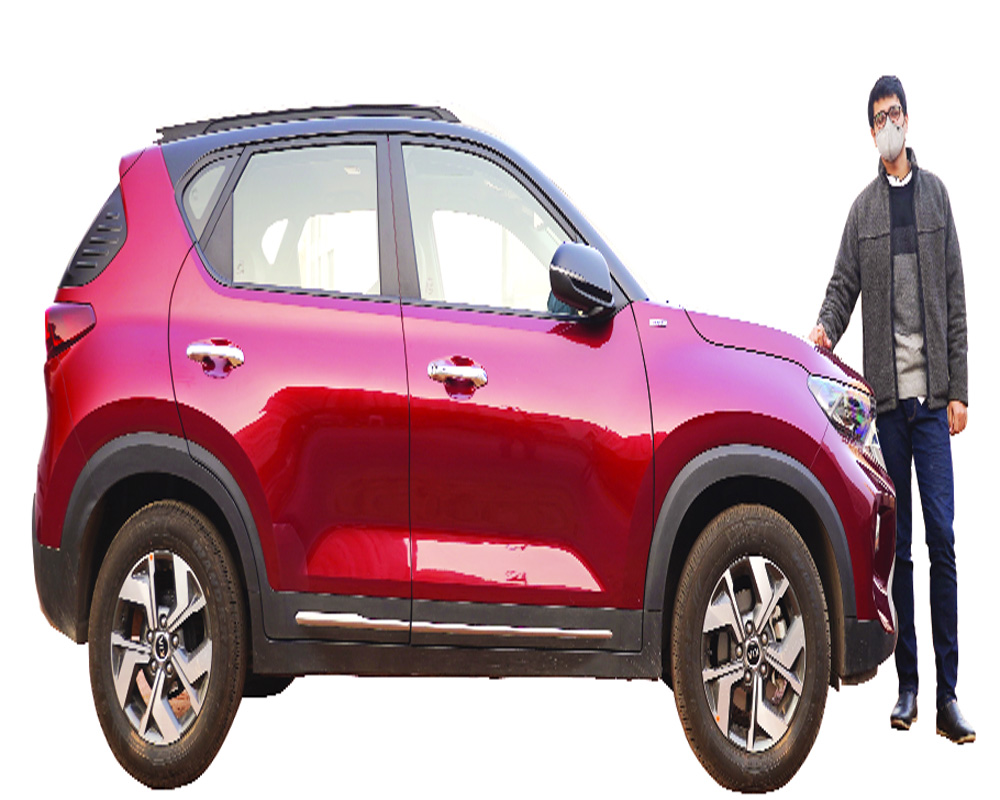 Isn’t it strange that schools still describe music and activities like theatre and even debating as extra-curricular activities?”, Saptak Chatterjee asks. “I mean, these are co-curricular activities which help you grow into a better person and discover skills that you never knew you might have.” That said, Chatterjee always knew that he wanted to be a singer. After all, he is following in the footsteps of his father and grandfather who were both Hindustani Classical vocalists. “To be fair, my father always gave me a choice and pursuing music was never a compulsion. Even if I chose to become a singer, Hindustani classic was never forced upon me.”

Indeed, a few weeks before the Common Aptitude Test for the Indian Institutes of Management some years ago, he threw up his hands and decided enough was enough. Today, Chatterjee finds himself on the verge of releasing his second album and working on the musical scores and background music for a few streaming television shows. “I’ve been writing my own music for a while now and released my first studio album in 2018,” he says before adding that working with a band, writing his own music and mixing music with an engineer was a great experience.

“I have come a long way since I started. Last year I played at the NH7 Weekender which is the largest music festival this side of the continent,” Chatterjee says. And working on his second studio album during the pandemic has also been a great learning experience for him. “Musicians have had to rediscover the way they talk about their music, the way they write and promote it. I’m really looking forward to the second album and hopefully we can hear a couple of tunes today,” he says.

As we listen to one of the first tracks called Paheli, that Chatterjee released from his second album Aina, which thanks to his distribution company is available on all major streaming services such as Apple Music, Amazon Music, Jio Saavn and YouTube Music and can be played through the smartphone interface available on the Kia Sonet that Chatterjee is driving. He talks about the song, explaining its writing process. “In most love songs you can almost visualise the two people. Right? But in this one it is unclear who the singer is talking about, he is romanticising the concept of ‘another’,” he explains and adds, “The song leaves the listener thinking, ‘who could this song be about?’”

As to how this track came about, Chatterjee credits his bandmates, “I was sitting around on my keyboard, messing around with chords and speaking to my bandmates when someone suggested that I take the ‘hardcore’ commercial route and write a love song.” That set off a spark in his head. “Why can’t a love song be with just one person, and that is where it started and it is open to the listeners’ interpretation.” As to how rewarding song writing is, he just says that once you hear it back, “it feels great.” About melting the lines between Hindustani Classical and western music, he frankly says, “I have never looked at it like that. It is just of bunch of musicians trying to come up with something new.”

While Chatterjee credits his father as being his primary musical inspiration, he says that it is A R Rahman who is another great inspiration. “I have grown up listening to his music and I have been a part of shows which paid tribute to him. His music is not mainstream even though mainstream audience loves it because it does not have that mainstream approach. This is the reason why it really appeals to creators who are trying something different.”

Chatterjee is really impressed by the Intelligent Manual Transmission (IMT) technology on-board the Kia Sonet Tech Line HTX+ that he is driving. “I was a little tentative when I started, but my left foot is really grateful. It climbs really smoothly and I am really enjoying the drive.” And he is also surprised with the six-speed transmission that the Sonet comes with on the turbocharged T-GDI engine. This little powerhouse of an engine produces a class-leading 120PS of power, which is more than enough to enjoy the open roads and also delivers great fuel economy.

As for the seven-speaker BOSE audio system on the car, Chatterjee admits, “because I am hearing my own music, I know exactly how it is supposed to sound and, to be honest, when we played Paheli first it sounded almost exactly like it did back in the studio when I was mixing and mastering it.” He even praised the sound system for being well-balanced, “If you tell a musician that a sound system has too much low end, they will scowl at you because that is not the way they want their music to be heard. But when you listen to the other track, Kaam Dhaam, you can hear just how well-balanced the audio system is. For a car of this size, at this price-point, the BOSE audio system works like magic.”

Saptak, just 25, is working towards his future and we will almost certainly be hearing more of him soon. Maybe in Bollywood or on a television series or two. He is an incredibly talented young man who will certainly go places and one who loves the Kia Sonet which has reignited his love of motoring. And if you like driving as well as listening to music while on the move, the Kia Sonet is the best possible option for you as it combines great audio and great driving. n