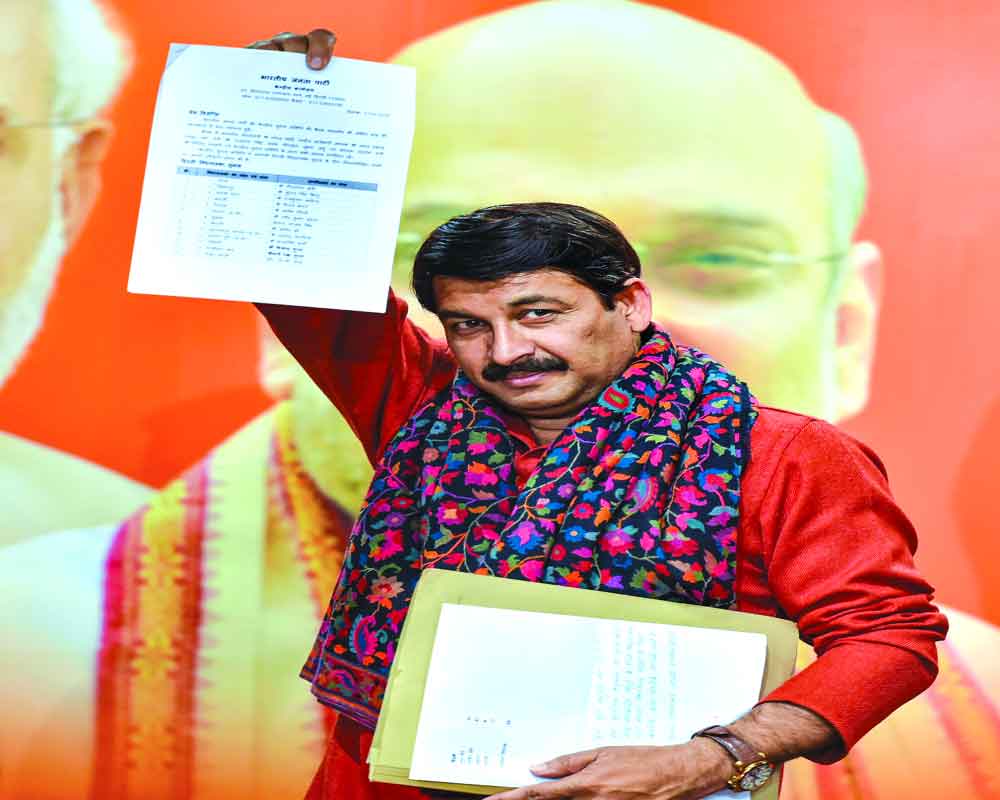 It seems that the BJP, which swept the 2017 civic polls in Delhi, is betting big on its municipal leaders to shore up the party’s fortune for in the Assembly polls. Therefore, the BJP gave poll tickets to nearly 20 municipal leaders, including four former mayors, as many ex-deputy mayors and a host of sitting and former councillors.

The BJP has not declared candidate against Chief Minister Arvind Kejriwal from New Delhi seat.

JD(U)’s Shilendra Kumar filed nomination from Burari which the latter has demanded from the BJP. JD(U) has staked claim for Badarpur seat too but the BJP has fielded seasoned politician Ram Singh Bidhuri who had won this seat thrice.

The BJP central command is mulling over to field a strong candidate against Kejriwal.

“New Delhi has different demography. People residing in New Delhi are the tax payers, many are business oriented people and some are serving in Central Government, Kejriwal’s policies on free water electricity will not work for New Delhi voters,” said a BJP insider pitching name of Lekhi and Vishwas against Kejriwal.

“Indeed, if one can see, these tax payers are totally against distributing free water/electricity and the party high command believe that Lekhi and Vishwas may woe the voters, Lekhi has worked in her constituency also,” said a source.

Former deputy mayors and a senior leader in the BJP -led South Delhi Municipal Corporation (SDMC) are among the four women.

Greater Kailash candidate Shikha Rai is the former Leader of the House of the SDMC and an ex-chairperson of its Standing Committee.

Lata Sodhi, who has been fielded from Ballimaran, is a former councillor. Sodhi’s father-in-law Motilal Sodhi also represented the seat as an MLA.

Kiran Vaid, who will be in the fray from the Trilokpuri seat, is a sitting councillor and has also served as a deputy mayor of East Delhi. She had unsuccessfully contested the 2015 Assembly polls.

All the three municipal corporations -- North, South and East -- in Delhi are controlled by the BJP. Its second list is expected by Saturday while the ruling AAP has announced all its 70 candidates. The Congress is yet to declare its list of candidates. It may be declared on Saturday, a senior Congress leader said.