BCCI made no commitment on SA tour: Dhumal

BCCI made no commitment on SA tour: Dhumal 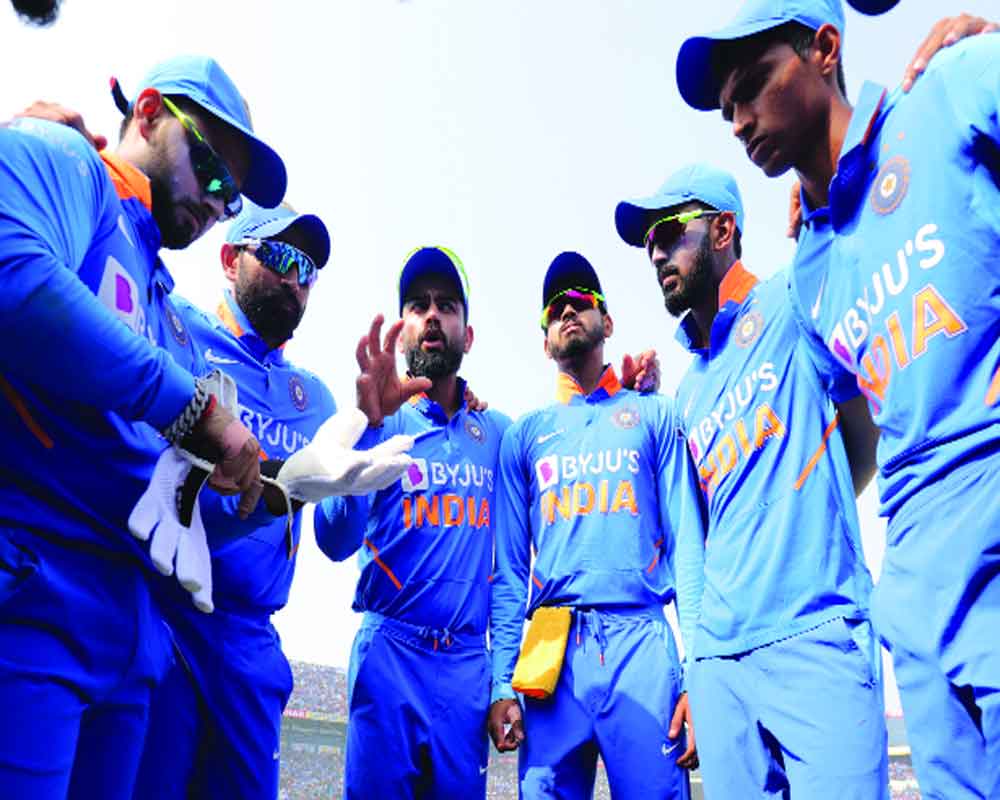 The BCCI has not made “any commitment” to tour South Africa in August and there have only been discussions about such a possibility, Board treasurer Arun Dhumal said on Friday, denying Cricket South Africa’s claims of a confirmation.

CSA Director of Cricket Graeme Smith and Chief Executive Jacques Faul on Thursday said that India has agreed to tour the rainbow nation for three T20 Internationals in August, signalling resumption of cricket in the post Covid-19 world. But Dhumal disagreed.

“When South Africa’s tour of India got cancelled due to coronavirus, we had discussions that if there is a possibility, we will make an effort to tour South Africa. But at no point have we made any commitment to Cricket South Africa about touring in August,” Dhumal said.

The senior BCCI office-bearer then said that unless the Government clears international travel, BCCI won’t be in a position to make a commitment to any country.

“Right now, we can’t even commit that we can tour Sri Lanka in July followed by (short T20 series) in Zimbabwe. Both these tours are part of the FTP programme and we are still not sure what the situation will be in two months, so how can we commit on South Africa tour?” Dhumal asked.

On a different note, when asked about CSA Director of Cricket Graeme Smith’s supprt to Sourav Ganguly’s candidature for the ICC chairmanship, Dhumal said it would be good for global cricket if an Indian is at the helm.

“There has been no formal discussion in BCCI about ICC chairmanship. Graeme Smith obviously spoke in his personal capacity which is not CSA’s stand,” he said.

“As far as the BCCI is concerned we would certainly like an Indian to lead the global body and our President has credentials obviously. But again we haven’t yet discussed it,” Dhumal said.

While the support to have an IPL in October-November window instead of the T20 World Cup is growing, Dhumal said BCCI won’t push for a postponement of the global event but at the same time, it needs to be seen that in these times, whether an event of that magnitude can be held in Australia.

“T20 World Cup is a global event. Why should we push for postponement of global event? Yes, what we need to check is that an event of such magnitude with so many teams and all the health safety norms, empty stadiums, can it be held?

“These are calls that ICC and Cricket Australia wil have to take,” Dhumal said.

With the civil aviation ministry announcing that domestic flights will be starting from May 25, Dhumal said the Board could explore safe zone options for a national camp in case it can’t be held at the National Cricket Academy in Bengaluru.

Will it make Dharamsala an option considering that HPCA now has a state of the art indoor stadium?

“Since it’s my state association, I would never, from my end, push it but if after exploring options, BCCI finds that Dharamsala can have a camp, I am more than ready to make all the arrangements. Even the hotel where the Indian team stays Pavilion is HPCA property,” he said. “In case, the situation in Himachal is under control and it’s considered to be a safe zone as per Government protocols, the HPCA will then do everything to make it a bio-secure environment. It all depends on what is best available option,” he added.