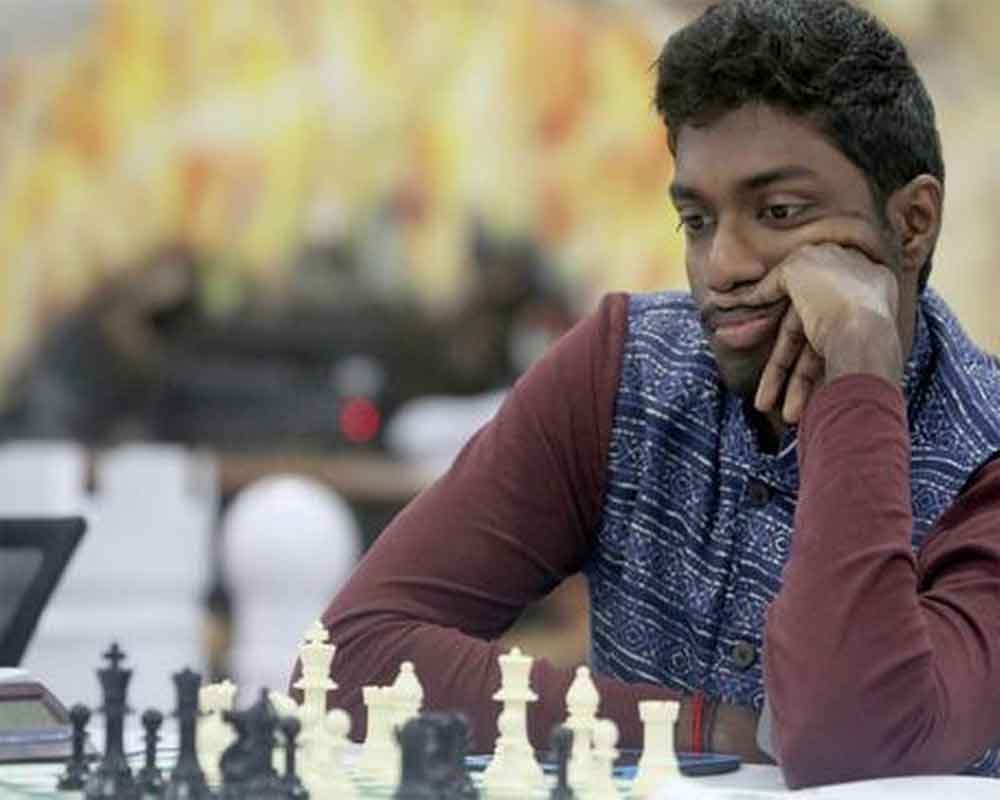 Indian Grandmasters B Adhiban and S L Narayanan registered impressive wins in the third round of the Masters category of the Gibraltar chess festival here.

Georgia's Ivan Cheparinov, Kyrsa Leandro (Argentina), Vasif Durarbayli (Azerbaijan), Pier Luigi Basso (Italy) and Maksim Chigaev (Russia) are ahead of the field with three points after the third round on Thursday.

There were surprises in store on a day when power failure for over an hour affected play, as the top-seed Shakhriyar Mamedyarov (world No.7) was held to a draw by French GM Jules Moussard. He is bunched together with several others on 2.5 points.

Apart from Adhiban and Narayanan, there are a few other Indians on 2.5 points, including Vaibhav Suri and Karthikeyan Murali.

Young Grandmaster R Praggnanandhaa (2602) beat International Master Padmini Rout to take his tally to 2. He had lost to fellow Indian P V Nandhidhaa in the opening round.

"It was close to a draw but I kept pushing," he said after the win.

D Gukesh, another rising star from India and the second youngest GM ever, was held to a draw by Adrian Gschnitzer.