Stubble for villager a business opportunity

Stubble for villager a business opportunity 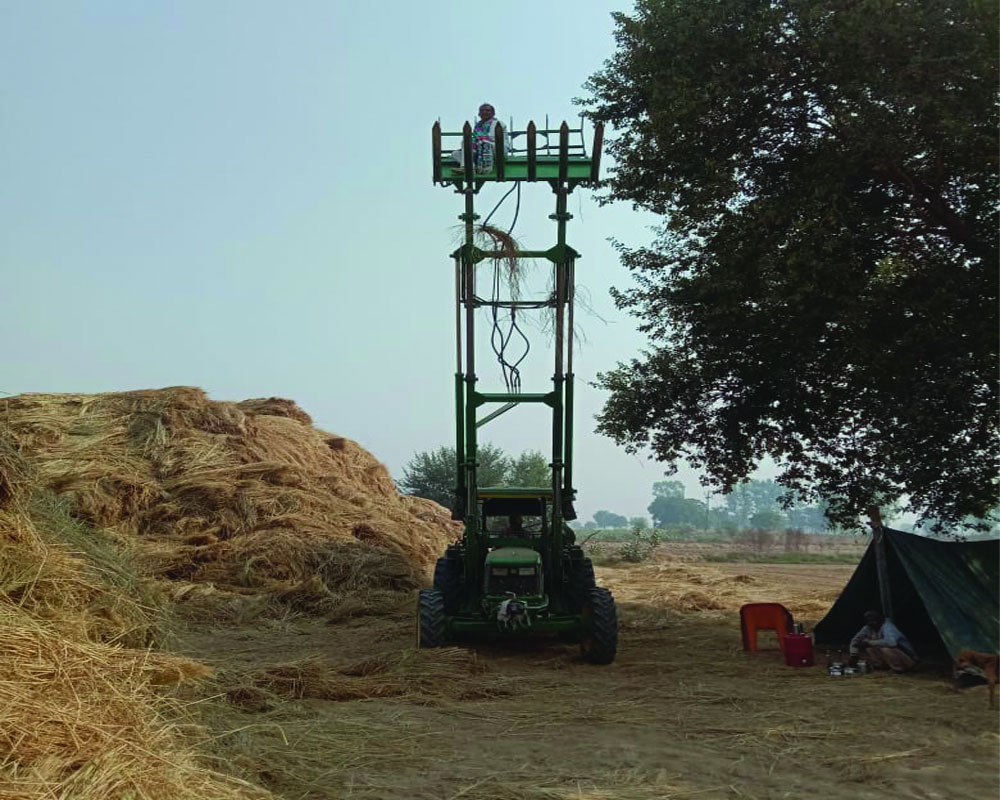 Rajesh Dhanda, a villager from Haryana, Budhana village in Hisar district has turned farm stubble into a business opportunity by collecting agro-waste from farmers and selling it to various districts in Rajasthan

Rajesh Dhanda, a villager from Haryana, Budhana village in Hisar district has turned farm stubble into a business opportunity by collecting agro-waste from farmers and selling it to various districts in Rajasthan.

Several reports came up this year which showed stubble residue being burned blatantly in the region of Haryana, Punjab and Uttar Pradesh. The national Capital was also gripped in pollution, after a major contribution being the smoke and soot coming from the fields of Punjab and Haryana where farmers burn paddy stubble as they prepare the farm for the rabi crop.

During the season, Dhanda provides a super seeder machine, which is used for sowing seeds to farmers, in exchange for paddy stubble. “I encourage farmers in my village not to burn paralli (stubble) and give it to me. In exchange I provide them with super seeder to sow their next crop,” said Dhanda.

“I collect these paddy stubbles in my fields and various traders from Rajasthan’s Churu, Rajgarh, Bikaner and Jaipiur come here with their truck to buy this stubble residue,” said Dhanda. “Traders pay around Rs 7,000 to Rs 9,000 for paddy stubble per acre and it is sometimes also sold for Rs 250 per quintal. This year in my village I had taken stubble residue from around 450 acres of land,” said Dhanda.

“This practice and awareness regarding different use of stubble residue rather than burning was initiated by me in my village five years ago and this year I had earned around 10 lakhs rupees from the stubble residue I collected from the farms of my village,” said Dhanda.

Punjab and Haryana alone generate 30 million tonnes of paddy straw every year, of which only a small fraction is used for such trading, as per experts.

“In order to boost farmers for not burning stubble, the Haryana Government this year initiated a scheme and those farmers who were not burning stubble were given Rs 100 per acre or Rs 50 per quintal as an incentive,” said Surendra Saini, the District Public Relation Officer (DPRO), Hisar.

“For storage of paddy straw, a field or a community centre was also designated in every village to store paddy straw. The buyers had also visited these places to buy stubble residue. The farmers were also allowed to buy paddy straw and sell it further,” said Saini.

“The Government’s process of incentive for stubble residue takes time as we have to register first on website and then initiate the process but giving directly to Rajesh has benefited us as in exchange he provides us super seeder machine which saves us a lot of money as compared to what government is giving us,” said Harish, a resident of Budhana village.