Himachal Chief Minister Jai Ram Thakur on Sunday said that Swami Vivekananda was responsible for revival of Hindu spiritualism and established Hinduism as a revered religion on world stage, working tirelessly towards betterment of the society, in servitude of the poor and needy.

The Chief Minister said that Swami Vivekananda was not just a spiritual mind, but was also a prolific thinker, great orator and passionate patriot.He said that Swami carried on the free-thinking philosophy of his Guru, Ramakrishna Paramhansa and converted into a new paradigm.

His message of universal brotherhood and self-awakening remains more relevant today, especially in the current backdrop of widespread political turmoil around the world, he added.

The Chief Minister said that Swami Vivekananda succeeded in constructing a virtual bridge between the culture of east and the west.He said that Swami interpreted the Hindu scriptures, philosophy and the way of life to the western people.

He made them realize that in spite of poverty and backwardness, India had a great contribution to make the world culture, Thakur added.The Chief Minister said that Swami Vivekananda travelled the length and breadth of the country, absorbing much of the social, cultural and religious aspects of the people he came in contact with.

Swami witnessed the adversities of life that the common people faced, their ailments, and vowed to dedicate his life to bring relief to these suffering, he said.

Thakur said that organising such an event to educate the younger generation about the teachings and life of Swami Vivekananda was really a commendable endeavour.

He said that the teachings of Swami were inspiration to many, and his words became goals of self-improvement, especially for the youth of the country.

The Chief Minister also distributed awards to winners of State level award ceremony of declamation competition on the occasion. As many as 104 students were honoured on the occasion.

He also gave away prizes to the winners of general knowledge competition which was organised by ABVP, recently.Thakur also announced Rs  11 lakh towards Vivekananda Trust from his discretionary fund and also announced Rs . 8.50 lakh to Kayakalp Himalayan Research Institute.Earlier, on his arrival at Vivekananda Medical Institute Campus at Palampur, the Chief Minister paid floral tribute on statue of Swami Vivekananda. 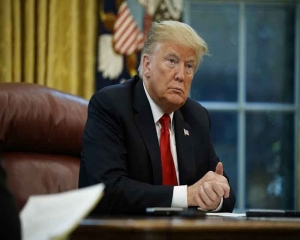 ‘Research in genomics has immense potential’