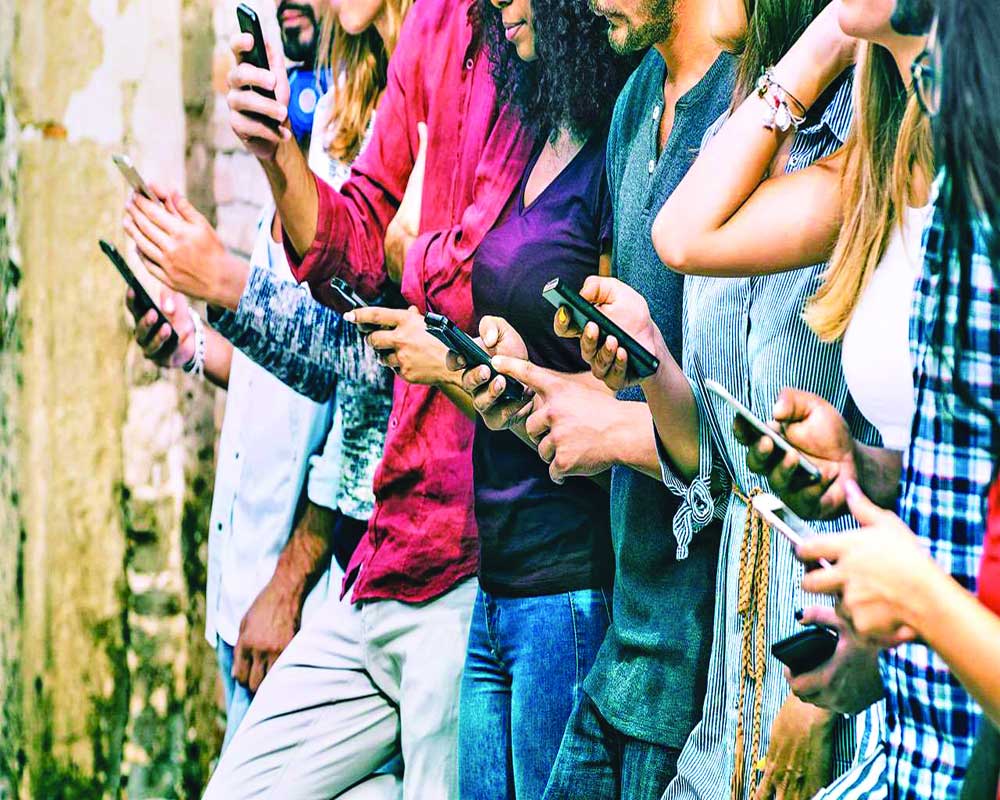 Zillion dreams, a billion schemes, a million memes, but caught in slipsteams. This is how Dr Debashish Sengupta sums up the:

A radio buzzing in a corner, the transmission is unclear, the signal seems to be wavering. I adjust the antennae that we have fixed near the roof of the room. The voice on the side becomes better. By this time, I had repeated this ritual several times. However, the crackling commentary of the cricket match on the other side made up for all the hard work and irritation. Both my younger brother and myself are stuck with the radio for the whole day. Our parents are not at home. My mother wanted to call our grandma and therefore she went to the post office to book a trunk call. It would take few hours of waiting before her turn comes and she can speak over the government run public land phone, before returning home. We had the whole day to ourselves. It took longer than expected for our parents to come back home. They could not find a taxi near the post office and had to walk for nearly a kilometre before they found a transport. Poor mom, she had to cook the dinner after a long day. Meanwhile, India had lost the match. We spent the whole evening helping our mom in the kitchen. Another uneventful day had come to an end. But we had some excitement coming-up. Sunday was just a day away when we will catch another episode of ‘Star Trek’ and by that time we should also be getting a letter from my cousin brother who was sharing our secret encryption code, as he had promised in his last letter. This was to prevent elders from finding out the contents of our letter. And yes, he was also sending some photos from his recent vacation...

When I tell this childhood story of mine to my son, after listening to me with rapt attention, he tells me that there are technical flaws in my story. What? Technical flaws! I find his expression amusing, he finds it even more. He asks me: ‘Why were you listening to the radio and not streaming live cricket over the Internet?; Why did your parents go to the post office to make a call and not use their mobile to make a video call?; Why did your parents not call an Uber instead of walking a long distance?; Why didn’t you order food over an app instead of letting your tired mom cook the dinner?; Why did you wait for Sunday to watch your favourite show and not stream it over Netflix?; And why were you waiting for days for a letter instead of using WhatsApp or Instagram?’

Not his fault, how will his generation that has been born in the cradle of technology and rocked by social media handles understand the times when we were children. They were born in a transformed world where on one hand rapid advancements in technology have opened the realm of possibilities, including space tourism, whereas on other hand the same technology threatens our very existence.

On one hand, the world has been brought closer than ever before with networks that defy limits of distance, and on the other hand, it has been fragmented by economic, political and religious conflicts. Everyone has more friends than before, yet there is dearth of human connection. Today, they take more photos than Kodak films would ever allow, share them over Instagram, yet they will never know the nostalgia of opening an old dusted photo album.

Zeners or Generation Z, born year 2000 and after are a unique generation, shaped by transformed times. Their formative years are shaped by a world that offers them tremendous opportunities and tools on the plate, yet the uncertainty and volatility of the same makes them highly vulnerable. How do you otherwise explain the contrasts, when a 17-year-old boy discovers a planet on the third day of his NASA internship but on the other hand a 12-year-old girl kills herself after being severely cyberbullied.

Ronit has so much information on his tablet that he can crack the most challenging quizzes, yet all that matters at the end of the day are his grades in school where he finds no use of his knowledge of the world.

The high potential, high intelligence and high ability of this generation is true on one hand, but in the world that they live in, they find their homes changing, pressures mounting and the world becoming more predatory. They find themselves prey to anxiety, depression and vulnerable to poor mental health. Their susceptibility is often disproved by many terming it as jitters of growing-up, but such people fail to count the transformed environment that actually magnifies their challenges.

While writing the book ‘The Life of Z: Understanding Digital Pre-Teen and Adolescent Generation’ I had the opportunity of talking to countless zeners, their parents, teachers, tutors, child counsellors, child psychologists, pediatricians and I came across such contrasting stories. There are a group of school children who have turned their school project into an entrepreneurial journey while there are many others struggling to realise their dreams because they find low acceptance of their ideas with their elders.

There are also parents like Subalaxmi who after understanding the aptitude and personality of her child has dared to homeschool him, and her son, Akash, has excelled in many ways including being invited by a well-known scientist to work in his lab. There are parents like Mukta and Sudhanshu, who have supported their five-year-old daughter in her pursuit of art and their five year old daughter Kamakshi’s name has entered the India book of records for being the youngest Mandala artist. Interviewing Bollywood celebrity kids like Jannat Zubair (of TV series Phulwa fame), Ricky Patel (Tubelight with Salman Khan), Jineet Rath (Talash with Aamir Khan) their life stories are interesting and filled with insights on parenting this modern generation. But, I also came across parents torn apart by trauma whose only twelve-year-old son killed himself in Bangalore, depressed by bullying and his inability to share his anxiety; another parent who lost their child who killed himself unable to cope with a relationship stress.

Being a parent of a teenage zener myself, and in the profession of teaching and dabbling with social psychology, I can understand that parenting, teaching or counselling the zeners is not at all an easy task. This generation is nothing like we were as kids or even what millennials were when they were growing-up. They live in a different time, grow in a different environment and mature early in many ways, yet are susceptible to falling prey to online and offline predators.

There is a need to understand them and their life issues that are often complex. Without doing the same, the path is that of ignorance. Recently I came across a message shared in zest on a WhatsApp group. It read: “Today’s 13-year olds have relationship stress. When I was that age, I used to close the fridge door slowly to see how the light goes off.” This was shared by a 40-something person, parent of a zener. Some thought this was funny, but frankly I do not find it funny at all. This is just an evidence of how less we understand this generation.

I would not blame the zeners, or their parents, teachers or whoever manages them. Often, we are ourselves confused or our thoughts are not integrated and zeners get confused by the varying voices. Take little Ishaan’s example. He studies in an alternate school. Ishaan loves reading story books. But of late his mother has told him that she will not buy him story books as they need to care for the environment and save paper. Ishaan does not quite like reading story books on a digital reader. Anyways, he studies everything academic on the tablet and even writes his notes on that, plays games on mobile, but when it comes to story books, he like them printed. He has read in his books that environmental sustainability means not adding non-biodegradable wastes, keeping the surroundings clean and recycling wherever possible. Ishaan did not quite fathom how buying story books is not caring for the environment and is quite vocal about his disagreement.

During his recent visit to the pediatric ophthalmologist, the doctor told him to reduce exposure to digital devices as it is not good for his eyes. He hardly knows what it is to write with a pencil or a pen as he uses stylus instead. He remembers a physician who visited his school for medical check-up of kids told his class that writing is not only important to have a good handwriting, but it is also like an exercise that strengthens finger muscles and improves general health condition. Ishaan does not know whether to believe his mother or his teacher or his doctors.

Who do you really blame here? Hard to tell. But one thing is absolutely clear that the older generation has to assume responsibility. The contrasting stories also make it clear that right understanding and right guidance of the older generation can do wonders, but failure is seldom an option. The parents/teachers have to stop projecting their childhood or their issues on the present generation pre-teens and adolescents; make a concerted effort to understand the times that they live, empathize with them and their life issues; and then manage them. Only then the efforts will be synchronised at home, at school and in the society at large, and we will be able to connect with this generation and raise them to be functional happy adults.

Zeners make close to 32% of the world population and together with millennials hold the key to our future and the future of this planet and human civilization. Any short-sightedness in understanding them will be catastrophical, to say the least.

The writer is an award-winning author of the book, ‘The Life of Y: Understanding Millennials as Employees and Consumers’. His latest book ‘The Life of Z: Understanding Digital Pre-teen and Adolescent Generation’ (SAGE India) released recently on Amazon