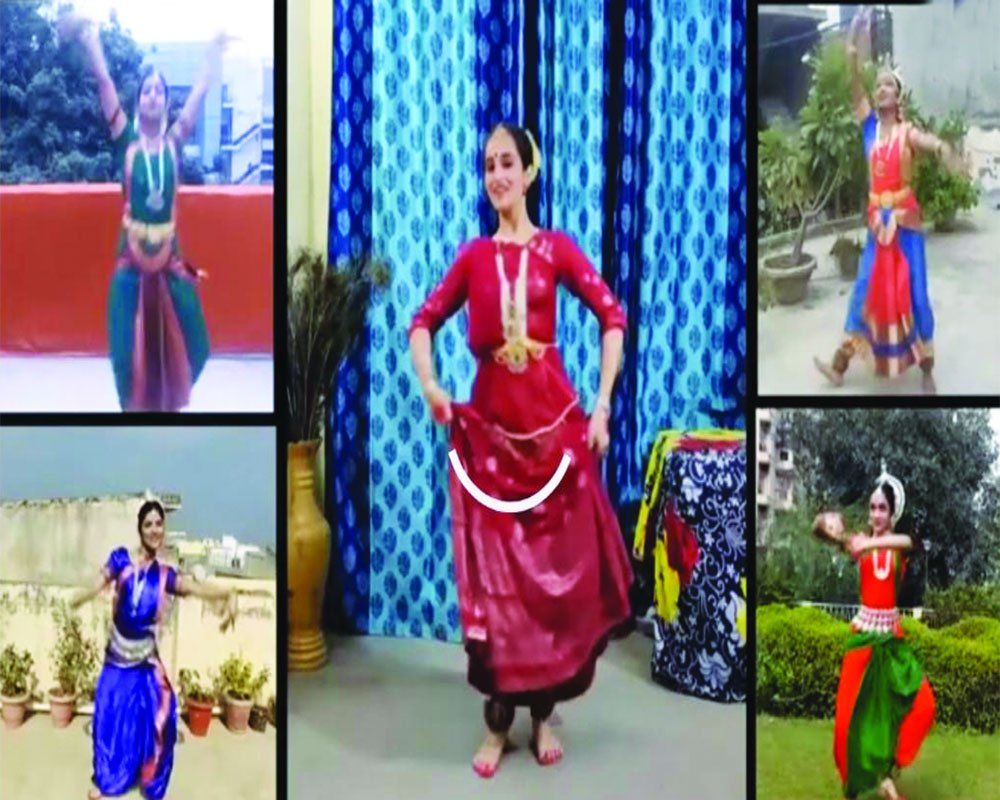 KidzCinema, an online international film festival, was held recently. Festival Director PRAVEEN NAGDA tells MUSBA HASHMI how the idea hit him, how hard was it to convince people for the festival and why more children’s films are needed

It is very rare that one gets to hear about an international children’s film festival and that too an online one.  Even if we had, the exposure that these events get is only knee-high, if we exclude the big players in the market. However, the pandemic has definitely changed our lives by and large. But that doesn’t mean, one has to succumb to the adversities or compromise.

Meet Praveen Nagda, Festival Director of KidzCinema, an online international kids film festival, who decided to take a step ahead and introduce the festival, that too on an international scale.

“It’s a no-brainer that the pandemic and the lockdown that followed  has impacted us in every manner. It left all of us cooped in our homes, let alone the children. While the adults were able to somewhat handle the situation, things were worse for toddlers and young children. It was like living in a jail for them. Hence, they ended up being glued to their mobile phones day-long. That’s when I thought why not come up with something that will involve children across the world. So that they can explore and learn something new,” Nagda says and tells you that it was only by the end of the September that the idea hit him.

Though time-constraint was there, but Nagda feels that this is one of the pros of online event that things can be managed even at a short notice. “There was no pressure of finalising the location or managing the logistics. We just had to reach out to the jury members and that was easy. I got a positive response from them and none of them was apprehensive about this festival. Having said that, we had to do things at a faster pace to meet the deadline, but rest assured it was fun,” he tells you. The three-day long festival flagged off on Universal Children’s Day, November 20.

The festival was opened by Subhash Ghai and was concluded with an announcement of Golden Gaja Awards, which had some of the eminent jury members including Satish Kaushik, Dr Madhu Chopra, Meghna Ghai Puri, Vinod Ganatra, Bobby Sarma Baruah, and international child cinema authorities like Marion Creely, Sean Cisterna, Pierre Assouline and Josep Arbiol.

Nagda says that he is overwhelmed with the response that the first edition of the festival has received. “The festival was live streamed on our Facebook page and also on our YouTube channel. To my surprise, the viewership increased every day. I am glad people all over the world liked it,” he tells you.

Nagda insists that the need is to focus on children’s cinema and tap this market even more. “If you see the Scandenavian countries, children cinema is much more evolved there then normal cinema. And it makes more money than commercial cinema. But yes, cultural and regional differences are there and it might not be the right comparison to make, but we need to focus on it. There are some people who have done some great work, take for example Amole Gupte who have made memorable films like Taare Zameen Par and Stanley Ka Dabba. But more filmmakers should come ahead and dedicate a part of their time and resources to make something for kids,” Nagda says.

Ashish SK, Founder — Punnaryug Artvision Pvt Ltd and Screenyug Creations Pvt Ltd, Chairman, AVGC, FICCI  says that the very idea of KidzCinema provides  kids an exposure to over 1100 films from 87 countries. “This will allow them to understand the cultures, ambiance, and storytelling from all over the globe. Also, that the films are in live-action & animation makes for an interesting mix. A large number of films which are made by the kids for the kids are shown as well. This is a great beginning for India, and I am  sure that the concept will continue for generations to come,” Kulkarni tells you.

With the amount of love and appreciation that the first edition of the festival has received, it goes without saying that Nagda will bring the festival back next year round. “The festival is like a mission for me now. We will keep organising it year after year, until our grandchildren grows up to watch them. We will keep improving the curatorial quality, we will involve more people and instead of keeping it as a yearly affair, we will try to add smaller editions of it year-round, mostly in the rural areas. Also we will try and add discussion sessions for children with noted filmmakers. Since this is an online event, there is a scope for hundreds of thousands of things,” he explains.

As to if Nagda plans to keep it online forever, he tells you that only time will decide it. “One thing is for sure that we will keep it online until things get back to normal. We don’t want to put anyone at risk. May be when there is a vaccine or social distancing norms are eleminated, we will plan to take it offline,” he asserts.