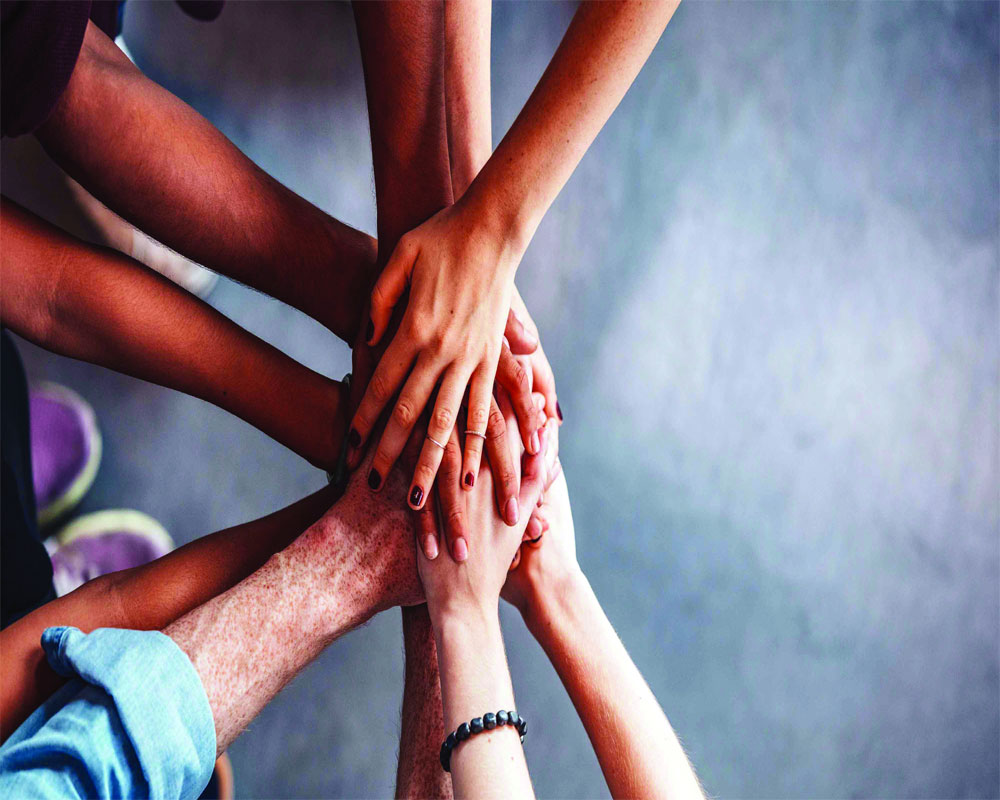 One potential long-term solution to address that ever-widening economic inequality between the rich and the poor, is a new form of government known as Paracracy, writes Uday Singh, as he talks about creating equal opportunities to one and all

For our nation and for the democracies across the world, it is about time to reflect upon and evaluate our progress not just in the areas of economy but also and increasingly so, in the areas of civil liberties, equality and inclusion that involve women’s rights and equality, equal opportunities regardless of caste or religion, promotion of free enterprise and entrepreneurship, impartial law enforcement and justice system, among many others. This sort of periodic evaluation of the health of the nation should be conducted by people and the people representatives of a young and progressive nation, especially one like ours.

We cannot become complacent and assume that national stability is assured despite the presence of internal conflicts. Our current day world is filled with examples of failed states where the government and its citizens did not properly address internal conflicts in their early stages. Be it Somalia, Sudan, Zimbabwe, or Venezuela (there are close to 30 states based on World Bank data), the reason for the failure is inevitably unaddressed internal conflict(s).

According to World Bank, one of the leading indicators of such failure is the breakdown of public debate and disenchantment of its citizens in that nation’s public policy. Conversely, nations where healthy public debate is alive and citizens are engaged in public policy, those nations have continued to perform well across centuries (for example, USA, UK, our own nation for the past seven decades)

Daron Acemoglu (of MIT) and James Robinson (of University of Chicago) make a compelling case in their book, Why Nations Fail, for the four key ingredients that create nations that endure for the really long term. Those key ingredients are — freedom to move across social classes, freedom to choose any type of work, fair and transparent justice system, and freedom of press.

As a nation, we may have done reasonably well thus far, in the last three of the four ingredients but not so well on the freedom or ability to move across social classes thereby enabling poorer citizens to move to get richer. If one were to look at the income inequality as measured by Gini Index, India had a Gini Index of 32.1 in 1983 versus 37.8 as of 2011 (based on latest figures from World Bank). A higher value for Gini Index indicates that the income disparity between the richest and the poorest is greater for that society vs a lower value. By that measure, in the last 30 years, India has progressively gone down the path of ever-increasing income disparity (Gini Index is up by almost 20%) with our country doing only marginally better than USA (at 41.4) while doing worse than UK (at 34.8). Apart from that, top 10% of the population in India has an income level that is 9.6 times that of the bottom 10% of the population. Another way to think about that metric (R/P 10%) is that the top 10% earn as much in 10 years as the bottom 10% earn in 100 years. The R/P 10%is even worse for other free market capitalistic democracies including UK (at 13.8 times) and USA (at 18.5 times).

For the leaders of democratic nations, such income disparity should be sending an alarming red signal (as a sign of internal conflict), as such state of affairs will become untenable in due course. Over the past century, it has been clearly established (with per capita productivity and incomes have multiplied 4-6 times of what they were in 1900s — GDP per capita has gone up by 440% for India, by 480% for UK, and by 580% for USA) that the current day capitalistic democracies function well for a single generation but that design breaks down when applied across multiple generations. If we look across generations, there is very little social mobility as the rich get richer while the poor get poorer, and this leads to an ever-widening wealth and income gap. In the past, these widening gaps were reset by violent and bloody revolutions including the French revolution in the 18th century, the Bolshevik revolution in the 19th century Russia, or the Khmer Rouge in Cambodia in the last century.

One potential long-term solution to address that ever-widening economic inequality between the rich and the poor, is a new form of government known as Paracracy. Paracracy that also forms the cornerstone on which my new novel, Pokhran is based and forms the foundation for establishing a progressive society within the barren desert land near Pokhran village, represents a form of government where almost everything is maintained “as-is” in the current day free market capitalistic democracies, with one big exception being that none of the citizens will be bequeathing their inheritance to the next generation.

As the etymology suggests, par which means equal (Latin) and kratia which means rule (Greek), proposes a new form of governance in which every citizen will start their life at the age of twenty-one, with no wealth inherited from their parents or any relatives and friends. From that point on, each of the 21-year-olds will be free to amass as much wealth as they legally can, without any constraints, so no communism and at the time of their death (or their spouse’s death), that wealth will be passed on to the State. The State would invest the property and wealth thus accumulated from its citizens into education, infrastructure projects, defence, law enforcement and social services to take care of the sick and the disabled. Such governance will ensure that there is a no generational build-up of wealth and no ever-widening income inequality, as every generation starts out with a clean slate.

It is a bold new way of nation building, where the citizens emigrate on an individual basis after they have explicitly agreed to the first principle of no inheritance. While a governance model with no inheritance might seem too far-fetched in the current times but then it was no easy journey for even democracy to become a strong contender to monarchy. It took close to 500 years, after Cleisthenes first established Athenian constitution on a democratic footing in 508 BC, for democracy to stabilise in Greece. And for that we should all forever be thankful to Cleisthenes.

It is our collective responsibility to upgrade the 2,500 year-old institution to strengthen the parts that have worked really well such as the right to life and the right to liberty and improve the parts that haven’t worked so well such as the right to a level playing field, regardless of whose womb you are born in. Paracracy could be that one bold step towards an attempt to reduce the economic disparity between the rich and the poor, creating equal opportunities to one and all enabling wealth generation purely on capabilities.

The writer is an economist and an engineer with keen interest in philosophy. He is also the author of newly released book, Pokhran