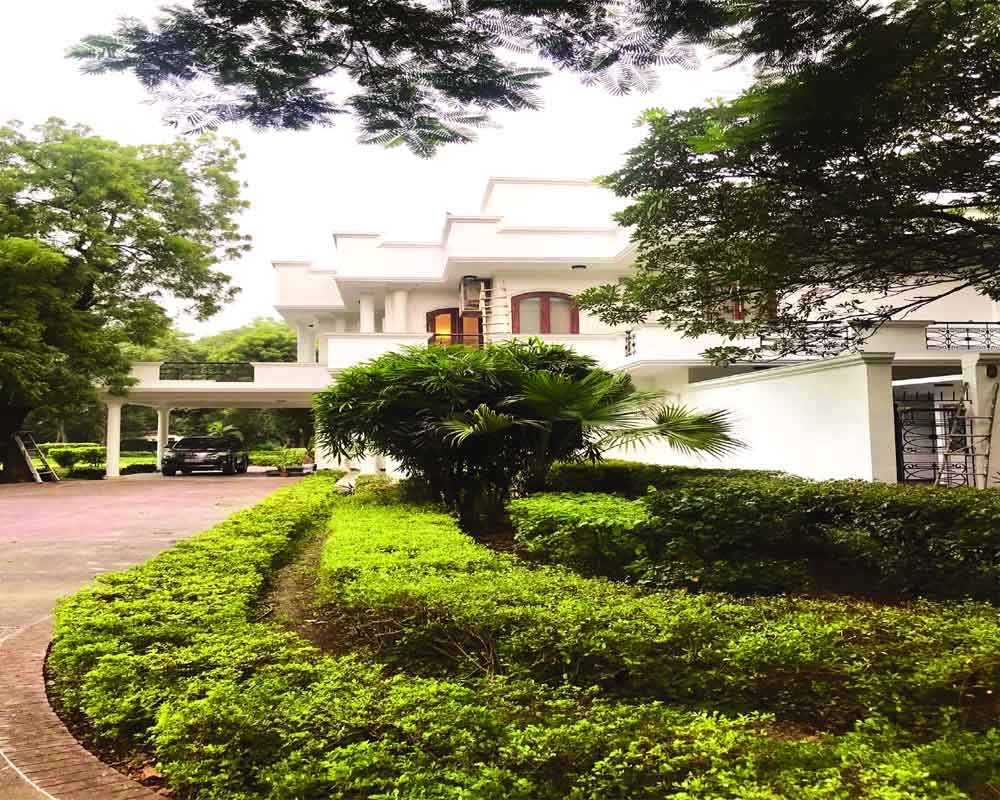 As globetrotting has been brought to a grinding halt, the restless millennial's gaze has turned towards buying a home, writes Sush Clays, as she offers a luxury realtor's perspective into the current scenario

Nothing shakes the Indian’s faith in land and gold. The birth of pandemic panic definitely put the brakes on the movement in rentals and sales during the stricter lockdown following March 22, further exacerbated by the halting of international flights. But, the luxury real estate market was swift to adapt. With potential clients stalled in various parts of the world, digital innovation in presenting homes played a massive part in changing the structure of how true innovators helped the real estate industry maintain stability during the crisis. And a previously uninterested market emerged. Millennials, with one foot always on a plane, smelt the possibility of a bargain, and began to shop around to plant roots. As lockdown lingered on, Work from Home was born. And suddenly, home was simply the best place to be.

The luxury neighbourhoods of Delhi that rely heavily on diplomats and senior corporate expats for housing demand, faced a sudden halt with the airports shut. The heavy diplomatic traffic season, during the months commencing April, saw the industry at a standstill. Arrival numbers dropped like a stone from 100%, with renters jostling for the best homes, to a sharp 0%. As droves of members of the diplomatic community were evacuated in a rush, with skeletal staff left to man the embassies, there was a sudden tilt in the demand versus supply of luxury housing across the neighbourhoods in the Lutyens Bungalow Zone, the Diplomatic Zone, and localities in close proximity. Notices were delivered, Force Majeure clauses debated endlessly, and an abrupt glut emerged in the market. Corporate bigwigs that compete for the same housing also caused a major rolling shift with major companies restructuring their setups, and budgets often being scythed by at least 20%. Top brass airline employees faced the same cuts in their housing allowances. And this gave rise to a new trend. With the end of Lockdown 1.0, there was a sudden surge in intra-city housing movement. Top-level expats within the city were suddenly on the move and the brakes lifted. Savvy landlords who saw no end in sight to the airline restrictions being lifted, brought their prices down adequately, between 20-30%, to nab these clients. There has been a slight increase in demand with about a quarter of the diplomats now arriving to replace their end-of-tenure predecessors but restoration of normalcy could take close to a year and a half. Pricing, however, is up in the air, as new arrivals come with the preconceived and fairly appropriate understanding that things have changed. With corporate budgets still undergoing a massive upheaval, luxury rental pricing will continue to fluctuate until giant multinationals arrive at an equilibrium in housing allowances. But a new normal will find itself as flights begin to commence operating to full capacity and previously held back senior corporates on work visas resume their arrivals. For the luxury rental economy to keep its wheels churning, landlords will have to see the light of the new normal and accordingly adjust their expectations.

Luxury Real Estate has always been about structure, curation and presentation. As lockdown 1.0 struck its gong, a complete shift was made to enable clients to understand a city and its housing remotely. Extensive presentations were created to digitally experience the city and each of its colonies. Videos of neighbourhoods’ idiosyncrasies and specialties were created. Styles of housing were presented through stock images to delineate the differences between bungalows, builder floors and the ubiquitous ‘charming’ properties scattered around the capital. Conversation became paramount as words were used to help the eyes see. This resulted in the death knell for quite a few boutique agencies without the ability to cope under the new and changed circumstances. FaceTime and other video communication apps ruled Lockdown 2.0 Realty. As curation had commenced in the earlier phase, video viewings minimised the risk of covid contraction and the interaction between the home and the client became extremely up close and personal, and, unsurprisingly, more prone to close scrutiny, as the camera never lies. However, a number of empty houses were in shabby states as workers had gone into isolation and the worry that they would be delivered spotless had to be constantly quelled, and very often, expectations adjusted.

The king of the lease agreement became the Force Majeure clause: the word pandemic flounced its way into every rental agreement. The realtor’s biggest task became about adapting to viewings without physically visiting a property with a client, and helping landlords see the financial sense of a cut in rent over a locked up house over an indefinite period.

Work From Home (WFH) was the new mantra on everyone’s mind. And what home had to be, was now changed. Quiet spaces became prized and as the pandemic raged on, there was a new market player. The exodus of the Delhi resident to inhabit the towers of Gurgaon reversed itself, as more and more companies and employees realised their structures could function unhindered with the WFH model. Senior Indian employees and their families, held hostage by the proximity of condominium living to their skyscraper workplaces in Gurgaon and Noida, sought to return home. Delhi called with its lush green parks and low density of population in the luxury neighbourhoods. Neighbourhoods like Vasant Vihar with their quick commute to Aerocity and Gurgaon saw a resurgence in demand for mid-priced housing. The siren song of admissions in South Delhi’s finest schools suddenly looked like it could become a reality, with a move back to the mother metropolis. The price drop, along with a wider range becoming available to luxury condo residents in the satellite cities, has formed a larger part of clientele in Delhi in recent times.

The Young and the Restless

As globetrotting has been brought to a grinding halt, the restless millennial’s gaze has turned towards buying a home. A sea shift in their mindscape has made them look to turning their spend on the ever-changing hotel room and destination towards a home to call their own. Astute at sniffing out bargains, whether in a far-flung flea market or the local property domain, they sense that the time is ripe to acquire property, as sale prices slowly begin to plummet. What was an easy step to take in this city for earlier generations, buying a home close to the standards and neighbourhoods akin to the ones these wealthy millennials grew up in, now looks a more achievable proposition. The growing number of multi-home owning landlords looking to sell is also seeing a rise as the very businesses that enabled them to buy several homes are now in jeopardy. The coming months will see a rise of more realistic numbers being set, with luxury property acquisition coming that one step closer to plausibility. Delhi is already seeing a 10 to 15% drop in prices with Gurgaon surging ahead at around 20%. The market is also flush with the arrival of the home convertor. A keen awareness of the price shift that the pandemic has created, is bringing in a large number of homeowners looking to upgrade. These clients keenly seek to enhance their lifestyle by conversion to better neighbourhoods, quality and age of property, or size. Their shopping has just begun.

The industry is now at phase where true introspection and change can be wrought. The dwindling number of expats means that home owners need to be more open to local clientele and lose the bias that has long scarred India. The design element of rental prospects could also be revisited to make them more attractive to the taste profile of the potential renter: essentially, a blank canvas of space and colour, left for any tenant to style to their choice. Expats are increasingly aware that accommodation with standard fixtures in their home countries are now more easily available in India. Modern, updated kitchens with ovens sizeable enough for different cuisines; bathrooms with fittings and fixtures that are standardised and upgraded; boilers for 24 hour hot water supply to replace the legendary Indian geyser that could never fill a bathtub, voiding its very existence. The well-travelled Indian is also aware of advancement in housing design and structure, better exposed to global cuisines, and actively seeking the very same elements whilst choosing housing. To make a property instantly rentable, this time could be used to recalibrate what used to be considered luxury standards to turn it into the new normal. It is also time to consider that WFH is definitely going to be an enormous part of our foreseeable future. Upgrading at least one room in an apartment to office level infrastructure would be a wise yet inexpensive design move. With enough electrical sockets to hold office equipment and storage for supplies incorporated, the average 4 bedroom luxury apartment would definitely be a bigger value proposition if one room could truly serve as an effective work space. Several embassies and companies have already deferred their return to the office space to the summer of 2021. The most important real estate query of the season has been the suitability of at least a couple of the bedrooms being equipped to run as an office or study room for the new digital classroom. With pollution season round the corner, another big draw for expats and Indians alike, is the installation of vacuum sealed doors and windows. This feature being available is often the one that gets the property off the market, more than any other. Just as the last decade saw the addition and acceptance of air purifiers in our lives as the norm, this new one brings with it the need for homes and offices to unite in their purpose to become a very viable proposition. This is our new normal. Welcome Home!