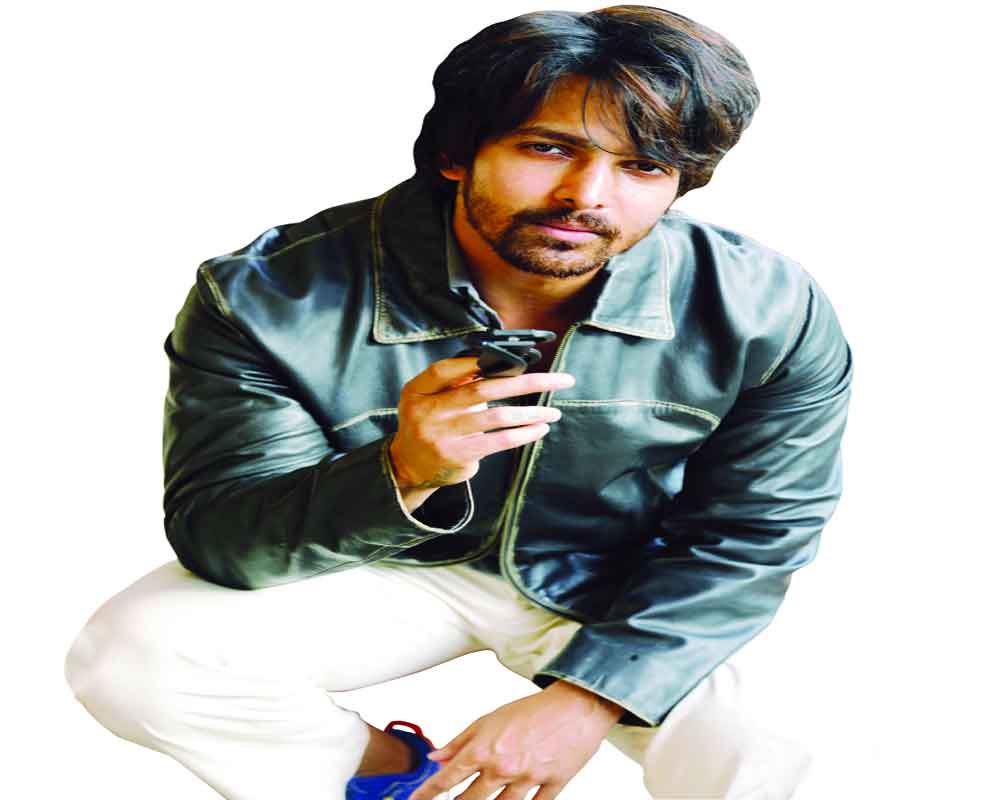 Harsh Vardhan Rane Having done all kinds of jobs for about 15 years before stepping into B-town, Rane is proud to have gone through that phase which made him what he is today. He speaks with Musba Hashmi about his debut, fondest memory and upcoming projects

It’s a long story. I had run away from home when I was 16. I came to Delhi in 2001 and did a lot of odd jobs to earn a living. I worked at an STD booth. I worked as a logsheet maintainer in a cyber cafe where I was paid `10 a day. Then I joined another cyber cafe where I was paid double the money. I also worked as a delivery boy. I have done all kinds of jobs but the one thing I had in mind was to become an actor. Back then, I didn’t know that this could be a profession because not many people would choose this line. In my subconscious I knew that this is what I wanted to do. Gradually, I carved a path in the South industry and finally became an actor.

I don’t see it as a struggle; it was rather fun for me. In order to reach somewhere you have to carve a path and all these jobs served that purpose. There were many lessons that I learnt during the period. In fact, I learnt some of the best ones. Discipline is one of them. Second, value of relationships. Third, honesty. If you are not honest with yourself and your job, you can’t reach the heights you want.

My debut movie was Satra Ko Shaadi Hai produced by John Abraham. But it never got released. For Sanam Teri Kasam, there’s a different story. It was in 2015 when I was shooting for a couple of Telugu films and got a call for the film. I asked them if they could wait as I was shooting. It took me two-three months to complete the pending shoots and then I went to Mumbai. I reached the team’s office and was told that I was too late. They had already cast someone else and he was preparing to begin the shoot. I tried convincing Radhika Rao ma’am and Vinay Sapru sir ( writer-director) to cast me as I was in love with the script and the role. I was able to relate to Inder Lal Parihar a lot. After a lot of efforts, they asked me to perform a scene and I did. They asked me to do it once more. I did and they were in tears. They loved the conviction with which I played Inder. That’s how I got the role.

The South film industry has taught me a lot of discipline and also how to make your producer comfortable. A person who is investing money should feel comfortable. For Bollywood, undoubtedly it is every actor’s dream. It has a wider reach.

I want to play a warrior. Whenever I see such movies, there is a certain energy that I feel. I believe that I have some connection with a warrior. May be I was a warrior in my past life. (laughs)

Doing intimate scenes. I try to avoid such scenes but if the script demands it then I don’t have a choice. But yes, I want to avoid it as much as possible because by all means I want to guard my co-actor. It is my responsibility to not do anything that would harm women co-actors in any way.

When my first film got released — both in Hindi and Telugu and I saw myself on the big screen; it is a moment I can never forget. I remember when I walked into the theatre, I didn’t get a seat. I was just standing in the corner and seeing such huge version of me on the 70 mm screen.

I have my hands full. Haseen Dilruba and Taish will be releasing this year. Both of them are amazing movies. For Taish, I have done more homework than what I did for Sanam Teri Kasam. It’s a revenge-drama and people will see me in a different avatar.

When I was struggling, I was very fond of river rafting. Back in 2011, all my friends made a plan to go to Rishikesh. I had no money back then. One of my friend knew a resort owner who was about to get married. I requested my friend to ask him if I could be the photographer and that he had to let me stay at his resort for three days — all free. He agreed. And now after so many years, I am playing a river rafter in Haseen Dilruba. Life definitely makes you take a full circle.