Talktime : ‘I raise the bar for myself’

Talktime : ‘I raise the bar for myself’ 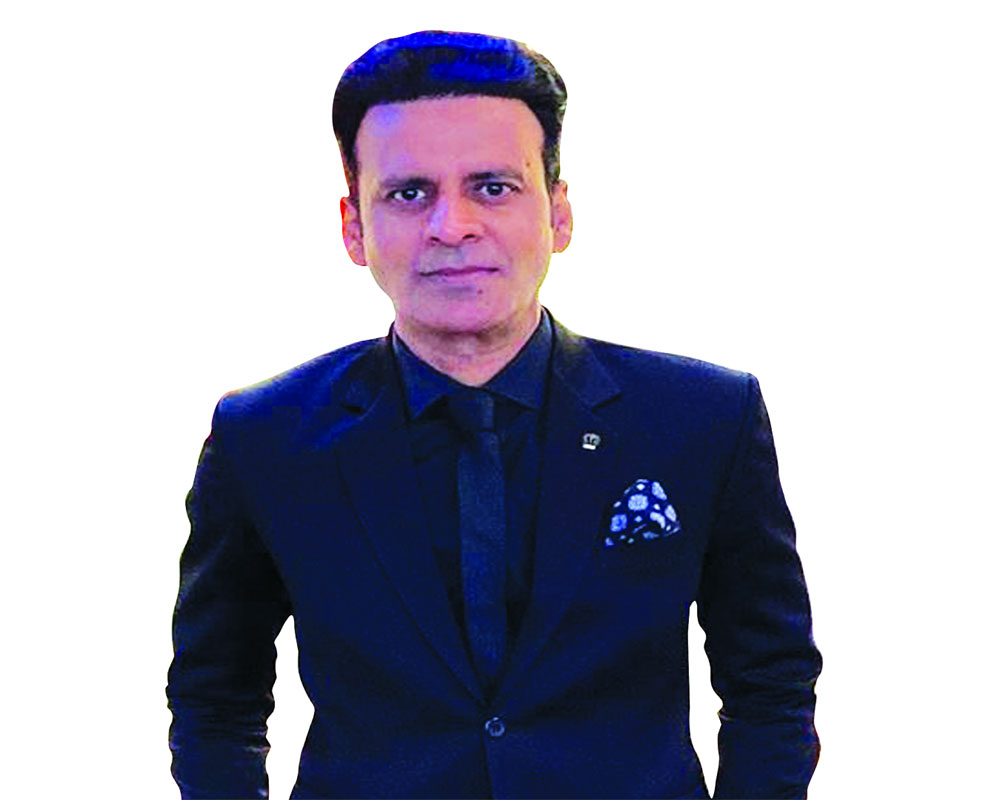 Manoj bajpayee | The actor whose recent project, Netflix’s Mrs. Serial Killer is trending Number 1, speaks with Musba Hashmi about what made him take up the role, whether he is a director’s actor and a lesson learnt in the industry, among other things

What is your role in Netflix’s Mrs. Serial Killer?

I play Dr Mrityunjay Mukherjee. He is traumatised by his past. He’s has studied medical science and is quite an expert in things that he does. He loves his wife. But there is a past that keeps haunting him. So this combination of a patient family man with a very twisted mind makes him a very interesting character.

What attracted you to this role?

My part was well-written and so was the script. Most importantly, I did it because of Shirish.

We had collaborated for a short film, Kriti and that worked out well. We were talking of collaborating more and when he came to me with this project at the eleventh hour, I just took it up. I had no clue people will love it so much.

The film is trending on number 1. How does it feel?

It’s an amazing feeling. I was so happy to know that it was trending on number 1 on the second day after it’s release. Our happiness knew no bounds. I was so overwhelmed to see how a movie that was thought of two-three years ago, had been executed well and was ruling the trending charts.

Do you think OTT platforms will continue to see a surge post lockdown?

OTT platform is a medium that has got a huge boost because of the lockdown. I had never thought that a pandemic would force people inside their houses. And now people are using and enjoying OTT platforms, more than what I had ever imagined.

People have no better choice than to watch OTT content for entertainment post lockdown and now they are so addicted to it that they are consuming all the content available. They are showing hunger for more content. After the lockdown, this habit of theirs won’t go away. People are ready to watch everything worth watching and this is going to be a great opportunity for film-making in the coming near future.

Do you ever feel pressure when it comes to taking up new roles, since you are a brand in yourself?

Whatever I am going to say is with total humility and don’t take it as arrogance at all. I have always performed my roles keeping in mind the character and tried to do justice to the film by keeping in mind the director’s directions. I am in this business for the sheer love of acting. It’s my passion. So I only think of my character and how do I do justice to it and don’t think about the audience at that very moment. I am the one who adds pressure on myself by raising the expectation bar for myself.

Are you a director’s actor or take the liberty to tweak according to your own way, at times?

I work with different kinds of directors, in different genres. I always go by the script and the director. When I work on a movie like Rukh with Atanu Mukherjee or a movie like Bhonsle with new director Devashish Makhija, we work a lot on the pre-production of the movie.

We go into the detailing of the movie, do workshops, get into understanding the details of the character. They are script oriented movies and are belonging to the independent genre. But when I work for Milap Zaveri for Satyameva Jayate or Ahmed Khan, I understand where they are coming from. Their purpose is to excite people and that’s why my job becomes very easy as I know what they expect. There are times when Milap or Ahmed ask me to push up my performance as they do not agree to it. They ask me to make it a little more entertaining and I do it. I am an actor and my job is to enhance the director’s vision and take it a little forward. I can’t argue.

A lesson that you learnt in the industry.

Never take anything or anyone to heart. I have been following it for years now. Neither do I take criticism to heart and let it affect me nor do I let any appreciation go on my head. I keep doing what I have to do and never stop learning the art each day. In our industry, no friendship or enmity is permanent. Any actor is good or as bad as his last project.

Did you have a specific genre or role in mind when you entered the industry?

When I debuted, the art film concept had died and TV was also just flourishing. I had just one concept in mind that I had to do good movies and play good characters. I wanted to do something new as I had learnt something new while doing theatres. We all, including myself, Irrfan, Kumud Mishra, Sanjay Mishra and Nirmal Pandey wanted to do something different. After a few years of struggle, I got Satya and it changed my life. It also changed the storytelling concept. Satya, Shool, Kaun — Ram Gopal Varma’s movies changed it all. Later, new directors came in and had different kinds of roles for us. Today the change that we see in the industry’s storytelling style, we should give credit to Shekhar Kapur, Mani Ratnam and Ram Gopal Varma.