The life and times of Suralakshmi

The life and times of Suralakshmi 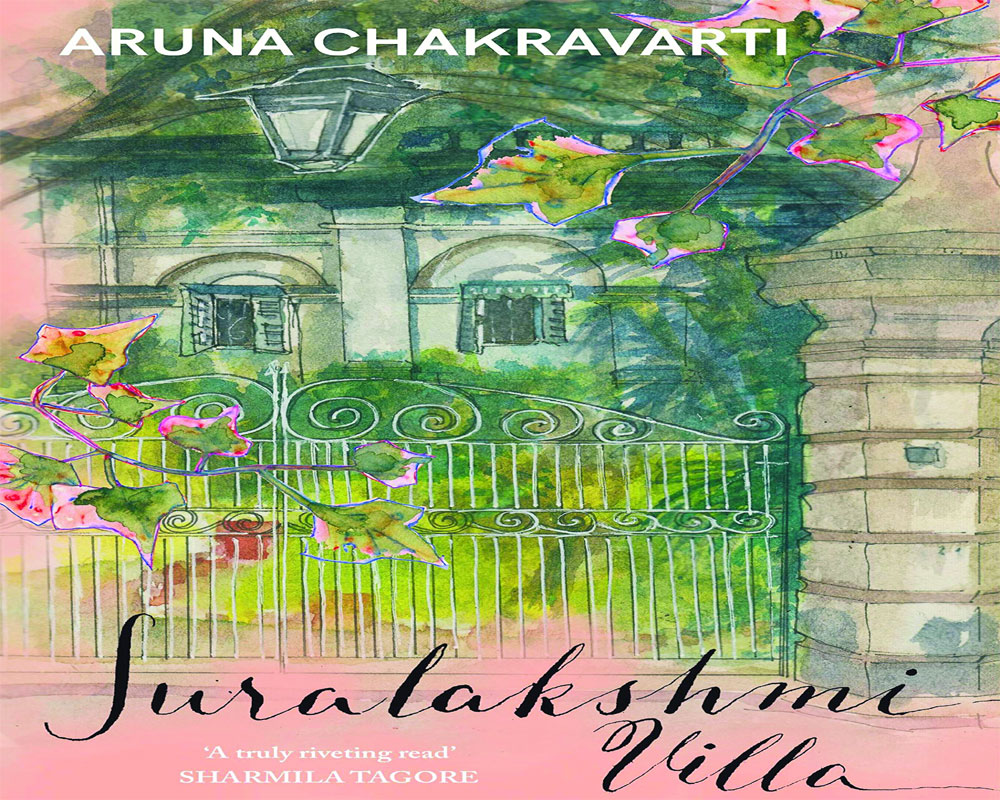 Aruna Chakravarti’s latest novel contains messages for discerning readers. It would make great sense to understand these and their significance for contemporary India, writes Rumki Basu

Suralakshmi Villa is Aruna Chakravarti’s fourth novel, though the last two, Jorasanko and Daughters of Jorasanko, were strictly in the genre of bio-fiction. Interestingly, this novel, has evolved from one of the short stories of the collection Secret Spaces, published by her in 2010. For the reviewer, reading this novel, as an e-book was quite an interesting experience. Not used to reading e-books, I thought my patience would run out and I would probably finish the novel in a month. But the book sustained my interest throughout, enabling me to complete the reading in three days with some necessary pauses.

The story takes you across back and forth in time to Bengal and Delhi of the British and post independent eras. The referral point is the cultural history of Bengalis (Hindus and Muslims) of that period. Aruna Chakravarti has an abiding interest in historical research which helps her authenticate every detail of the period and times she writes about. Her painstakingly written prose could be read effortlessly by readers because she is a good storyteller and that is what matters in fiction.

The novel has a central narrative, the life and times of Suralakshmi, a lady doctor who is a woman of intellect and substance, a woman empowered. Yet as it often happens, she loses all discretion when she falls in love and drifts towards an unworthy lover, agreeing to be the “second” wife in his large household. How she gets cheated by her husband and ultimately leaves home with Eidun, her protégée, to set up medical practice in a remote corner of North Bengal and what happens thereafter, has been written with insight and empathy. With the central story, there are other characters, whose lives get entangled with the chief protagonist and these sub-plots also find a place through “personal revelations” in the novel.

What is interesting is the space given in the book to rituals, folklore and culinary practices of both Hindus and Muslims woven together in a tapestry that reveals the essentially syncretic nature of Bengal and her people. Aruna’s characters are as real as the people we see around us, with their strengths, their failings and their vulnerabilities. There are immensely inspiring stories of those who could cross the threshold from tradition to modernity. Despite its regional ethos, the novel is a microcosm of the India we have lived and known in the last five decades. Even overseas readers will be able to relate to this “Indian” story so easily.

Women will like the story, perhaps they will find a feminist message. Some may feel the novel is a bit harsh on its men, like Moinak Sen and Moinnuddin. Yet, if you read the novel carefully, the Hindu elite of the period appear to be as flawed as the Muslim men of a lower class, both would take their sense of “social entitlement” with perfect impunity. The younger Hindu men in the novel may be more relatable to younger readers today since generational change is seamlessly woven into the narrative.

Nowhere is the writer judgmental about societal or community values, that was perhaps never the intention. The characters are not black and white, the complexity of each character is reflected upon and handled deftly, no character is sketched out as entirely predictable. There is a strength and flow in the story that one wants to meander with and like all good novels, the message quietly comes through at the end.

Aruna is a master in recreating and evoking historical periods, her prose is always rich in detail about the atmosphere periodised. The characters are rarely atypical, they live their lives, often trying to escape their destinies. The complex emotional relationships are threshed out with clarity at times and sometimes leaving tangled webs to the reader’s imagination. The writer reaches out to your mind in a lucid, easy, non-preachy style.

Suralakshmi Villa is the story of a house and its characters. The book has a huge cast. It tells the story of Rai Bahadur Indranath Choudhury, Suralakshmi’s father, Lakshmi Devi her mother, and her four sisters. It also narrates the story of a growing city (Delhi) and the lifestyle of its elite immediately after independence. She engages with Lutyens’ Delhi through vivid imagery, her descriptive lens meandering through the calm of this languorous city with its beautiful monuments and gardens. The descriptions of this elegant city and the lifestyles of its “genteel” folk, will remind everyone of how “British” Delhi has always been. The passing of the seasons is described unobtrusively as she moves on with the central characters and their lives. The complexities of the “Bhadralok” class, trying to fit in with the demands of tradition and modernity, amply reflects “India in transition” in the last fifty years even when the story crosses over from the 20th Century to the next.

This is a novel spanning four decades. Many of us can completely identify with its central values, the dilemmas of its characters and the cultural ethos of its age. Those who have not been a part of the Bengali cultural heritage, its folklore, music and legends may feel a trifle alienated. Though Aruna Chakravarti has always written about Bengal and Bengalis, it didn’t restrict her readership to a region. Her earlier novels about the Tagores may have generated a pan Indian appeal because of the magic of the family name. This story of an upper middle class Bengali household in Delhi (over a span of time) should be no less relatable.

Her portrayal of rural Muslims of Bengal may seem stereotypical at times, but has to be read in context. Moinnuddin, Eidun’s father maybe a caricature of his class, but Moinak Sen is also representative of the feudal patriarchal Hindu male, a caricature no less. “Tradition” among Hindus and Muslims are sometimes represented by such characters, which highlights their “negative shades. Whether the novel seems to be making statements through them or not, only the author knows best.

Read this latest novel by Aruna Chakravarti as it should be, for a good story and a climactic ending Start reading, and flow with the momentum. It is an engrossing story with a huge cast that will keep you going. For discerning readers, there are messages perhaps. Understand them and their significance for contemporary India.

The reviewer is a Professor at Department of Political Science,Jamia Millia Islamia