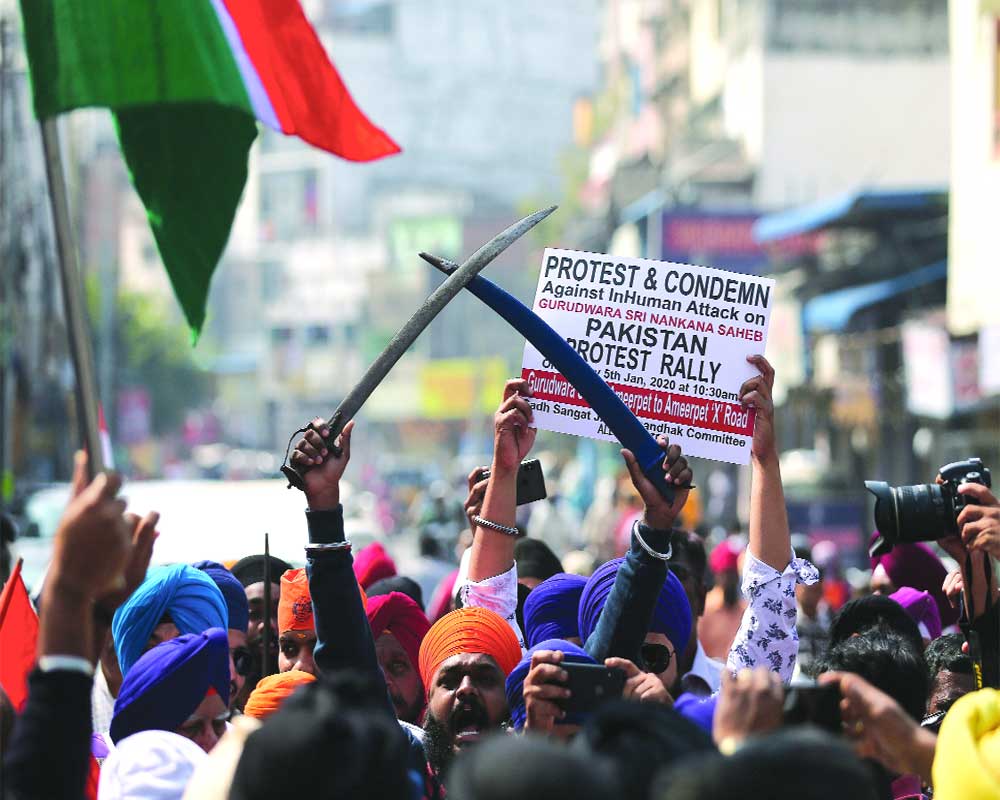 The Citizenship (Amendment) Act is a humanistic approach by the Government of India to provide relief to the persecuted persons from the neighbouring Islamic nations. The relief  must not be wasted

It has been a strange practice that for almost anything related to India, more specifically to Hindus, is construed as wrong by the American mainstream media. All kinds of accusations against India are freely heaped. A large section of the Indian media and the mainstream world media go by the same tradition. Muslims and Europeans are somewhat perturbed due to loss of large empire and freeload ownership. But they need to wake up.

British truncated India at the behest of the Muslim leadership and then Hindus were driven out from two Islamic theocracies, carved out after the partition and further bifurcation of Pakistan. The Citizenship (Amendment) Act, at the least, assures the persecuted persons in these two neighbouring nations of safe habitat in India. The New York Times’ main story on December 10, 2019 (India’s Parliament Takes Step Toward Blocking Naturalization for Muslims) by Jefferey Gettleman and Suhasini Raj is another example of peddling of concocted narratives, laced with acrimony towards India and Hindus.

The fact of the matter is that the Citizenship (Amendment) Act has got nothing to do with any existing citizens of India: Hindus, Muslims, Christians or others. The Act has given some relief in matter of granting asylum in India to the most repressed brutalised section — minorities of three neighbouring Islamic nations. It has not touched rights of any Muslims anywhere in India. Even after the implementation of the Citizenship (Amendment) Act, any Muslim can anytime apply for citizenship in regular course, as before.

India is trying to deter illegal infiltration. The superpower USA has three times land mass of India, but only one-fourth population and the number of illegal persons estimated at just 11 millions, yet the US enforces stringent regulation to cope with illegal immigrants. While, India, which is fighting against the high unemployment rate and other myriad problems, has about 60 million to 90 million illegal immigrants. Despite that India has kept its gates open for the refugees.

As a normal rule, there is an aversion to religious minorities in Islamic theocracies, and India’s neighbouring Islamic nations are no exception to it. However, depending on regimes there, the persecution intensity differs. Here this Act in India can stem the process of the ethnic cleansing of minorities in the neighbourhood. The hellish brutalisation gives testimony to the fact that 49 million Hindus vanished from Bangladesh since 1947. The condition of Hindus and Sikhs is more precarious in Pakistan. The most recent proof of the persecution of the minority communities in Pakistan was the bid of a mob to lay siege to Nankana Sahib Gurudwara in protest against police action against those accused of forcing a Sikh girl to convert to Islam.

Hindus are the ancestral inhabitants of the soil before Islam arrived in the region. Therefore Hindus connect to India and neighbouring countries. This is why they don’t want to leave their homes in the Islamic states as long as possible. However, the spate in cases of abduction of their women, forced conversion, and ethnic cleansing leave them no option but to seek refuge in the secular India. As they live as refugees, they are unable to avail any relief available to the citizens of India. The Citizenship (Amendment) Act is a move to address that concern. However, the mainstream American media consider these inhuman treatment to minorities “Not fit to print”.

In 1947, the population of Hindus and Sikhs in Pakistan was 20 per cent of the total, and that of Hindus, Buddhists and Christians in Bangladesh (formerly East Pakistan) was 29 per cent, which now standa at 2 per cent and 7 per cent respectively. The population of Muslims and Hindus in India in 1947 was about 7 per cent and 88 per cent respectively, which now stands at 15 per cent and 78 per cent. Therefore, there is whopping100 per cent percentile growth of Muslims in India. Yet New York Times alleges that Muslims are second-class citizens in India.

The Citizenship (Amendment) Act is giving citizenship to the persecuted religious minority refugees from three Islamic nations around India. Because Pakistan and Bangladesh made mockery of the Nehru-Liaqat pact of 1950 to protect the minorities, I think the Act was the only way left to heal the wound of the disenfranchised people.

Muslims in Pakistan, Bangladesh, Afghanistan are the favoured citizens there. They are not asylum seekers. They are not the victims of Islamic expansionism. This Act is for the relief of persecuted victims, Hindus and other minorities of those nations. Why Muslims in India have to object it?

(The New York-based writer is the head of Indian-American Intellectual Forum. The views expressed in the article are the personal opinion of the writer.