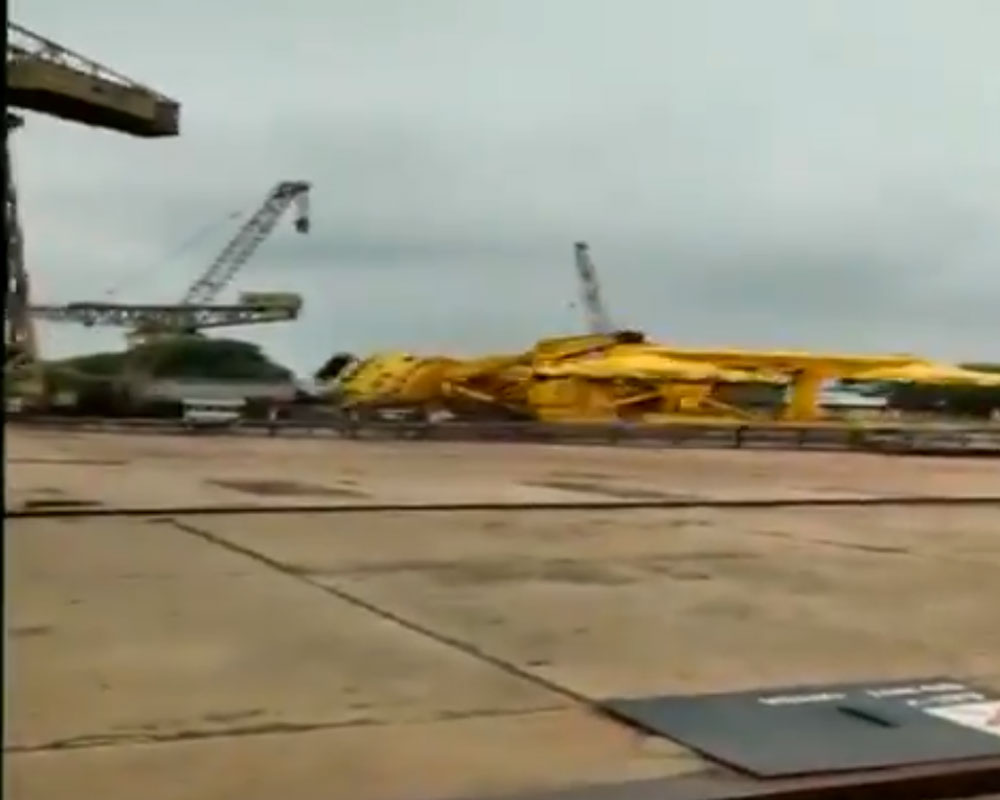 Visakhapatnam, Aug 1 (PTI) As many as 11 people were killed at the Hindustan Shipyard Limited premises here on Saturday when a huge rail-mounted crane collapsed during a trial run, a top district official said.

Four of the victims were employees of HSL while the rest belonged to a contracting agency, District Collector Vinay Chand told reporters.

It is said it is the first such mishap at Hindustan Shipyard.

The mishap occurred when the victims were engaged in erecting the crane, Police Commissioner RK Meena told P T I.

Three of the bodies were recovered and identified, police said. The rescue operations were on.

TV visuals showed the giant 75-tonne crane falling on the ground with a loud thud.