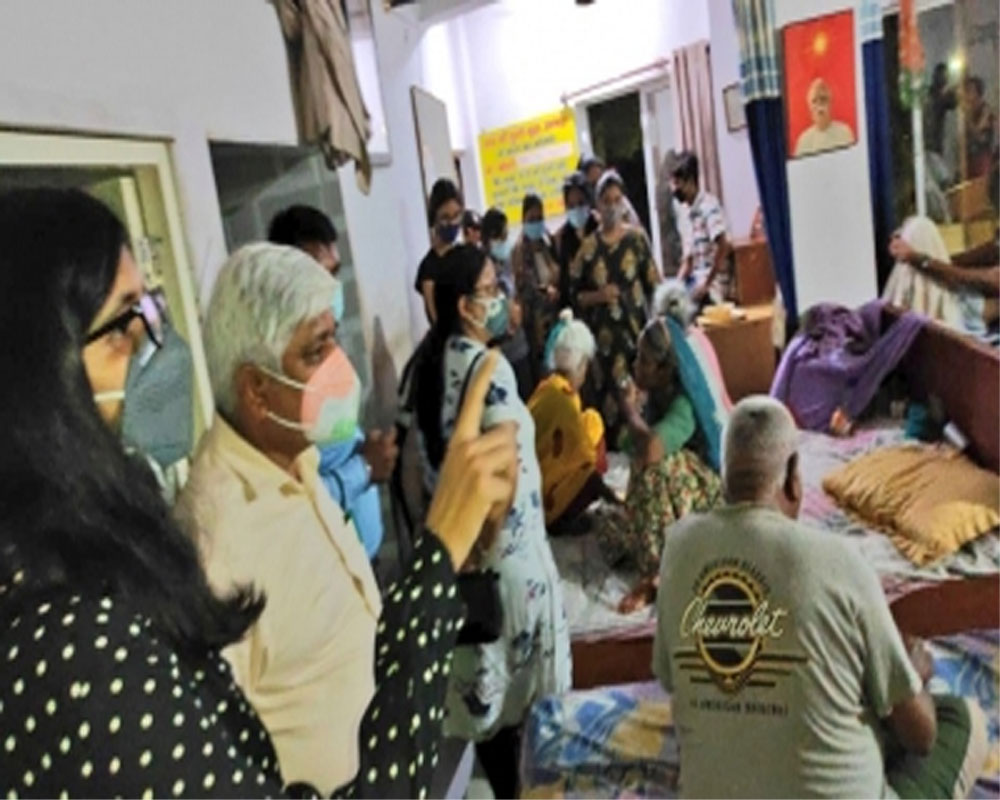 Social Welfare Minister Rajendra Pal Gautam and DCW chief Swati Maliwal conducted a surprise inspection at an old age home where they found nearly 20 senior citizens living in a cramped room and sharing one toilet, a statement said on Saturday.

The inspection was conducted at an old age home in Nihal Vihar on Friday night and it was found that some elderly persons had defecated on their beds as there was only one toilet available, leading to an unbearable stench in the room, it said.

There was no caretaker there and the old residents were made to clean the premises themselves, the DCW statement said, adding that the minister has ordered strict action in the matter.

Delhi Commission for Women's (DCW) 181 women helpline had received a complaint alleging that some senior citizens were being kept at the old age home forcefully and they were tied up and beaten when they requested to go back to their homes, it said.

Upon receiving the complaint, Gautam and Maliwal decided to conduct a surprise inspection of the shelter home.

After reaching there, the team saw that 19 senior citizens were living in a small room where there was hardly any space to move, it said. It was observed that most of them were specially-abled.

"There was no separate living space for men and women, many of whom were forced to share beds with each other. The room was in a miserable condition, lacking basic hygiene and sanitation," it said.

In times of COVID-19, when social distancing and sanitation is extremely important, it was observed that it was almost impossible to follow the protocols in the small premises of the old age home, it said.

There was no provision of sanitizers and masks for the residents.

The statement said that the residents were scared to share their ordeal.

One of the women informed them that her son had left her at the home six months ago and she wanted to go live with her daughter. She had expressed her desire of leaving the place but whenever she tried, she was tied up and beaten by the management, the woman alleged in her statement.

She was later safely sent to her daughter's home.

The residents informed the team that the owner used to cut off electricity for four to five hours everyday in order to save power, the statement said.

There were no coolers and air conditioners there, the statement said, adding that it was also observed that some of the residents had serious prior health issues but there was no provision for any sort of medical care for them.

"There was no variety in the food being served daily as they were given only dal and rice. No vegetables or fruits and milk were served to the residents. Further, there were no means of recreation in the home which resembled a jail," it said.

"I am deeply disturbed by the condition of the home. I have directed Social Welfare Department to ensure rehabilitation of each and every resident of the home as well as strictest action against its owner. Such abuse shall not be tolerated under any circumstances," he said.

Maliwal said the minister has instructed the Social Welfare Department to expedite the process of shifting these residents to a government-run old age home where they would be taken care of.

"We have also issued notices and shall ensure action," she added.