Will sign trade deal with India if it is right: Trump

Will sign trade deal with India if it is right: Trump 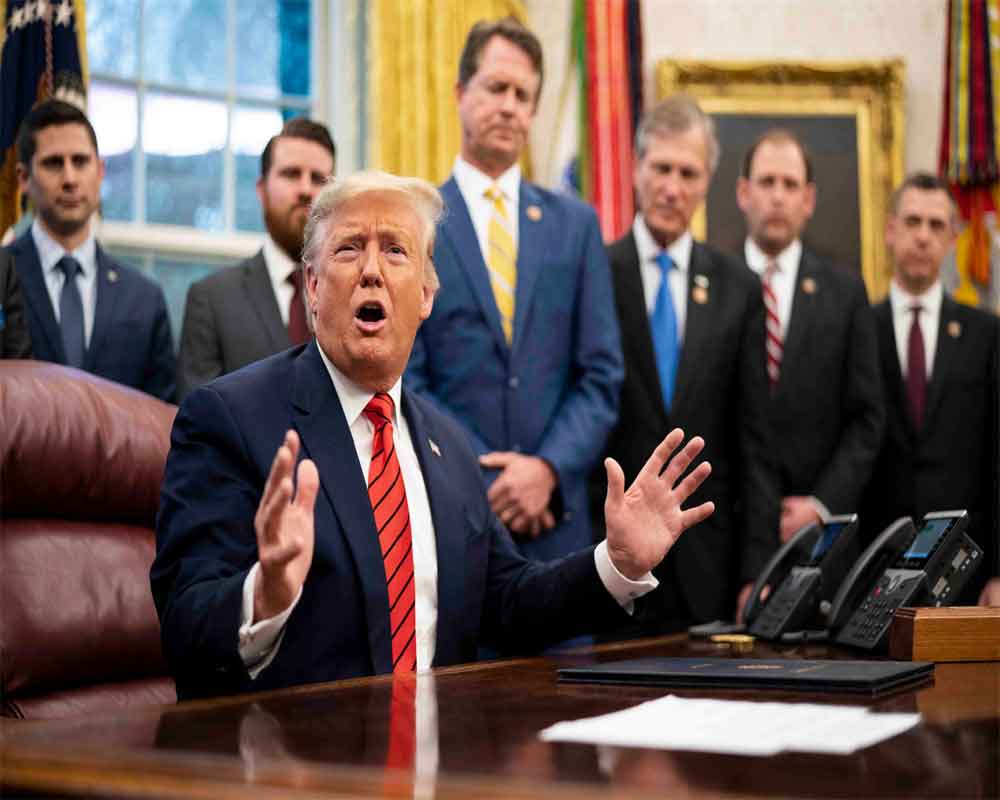 Well ahead of his first visit to India, US President Donald Trump said that he is willing to sign a trade deal with India if it is the right one.

Speaking to the media at his Oval office on Tuesday, Trump said: "I am looking forward to the first visit to India this month. They (Indians) want to do something and we'll see... if we can make the right deal, (we) will do it."

Trump will be in India on February 24-25 on an invitation of Prime Minister Narendra Modi.

Earlier in the day, sources said the government is organising the event 'Kem Chho, Trump', the Gujarati equivalent of the Texas event 'Howdy Modi', in Ahmedabad for President Trump and his wife Melania.

In a tweet, Modi hinted at the ongoing preparations for Trump's two-day visit.

"Extremely delighted that POTUS Donald Trump and First Lady will visit India on 24th and 25th February. India will accord a memorable welcome to our esteemed guests. This visit is a very special one and it will go a long way in further cementing India-US friendship," Modi tweeted.

Sources said Trump and Modi will do a roadshow from Ahmedabad airport and visit the Sabarmati Ashram to pay tributes to Mahatma Gandhi.

Later, Trump will inaugurate Ahmedabad's newly-constructed Sardar Patel Stadium with a seating capacity of over 100,000 people. The 'Kem Chho, Trump' event will be held at the stadium.

Trump is likely to sign a limited trade deal with Modi ahead of the US Presidential election later this year. He hopes to draw votes from the Indian diaspora in the US.