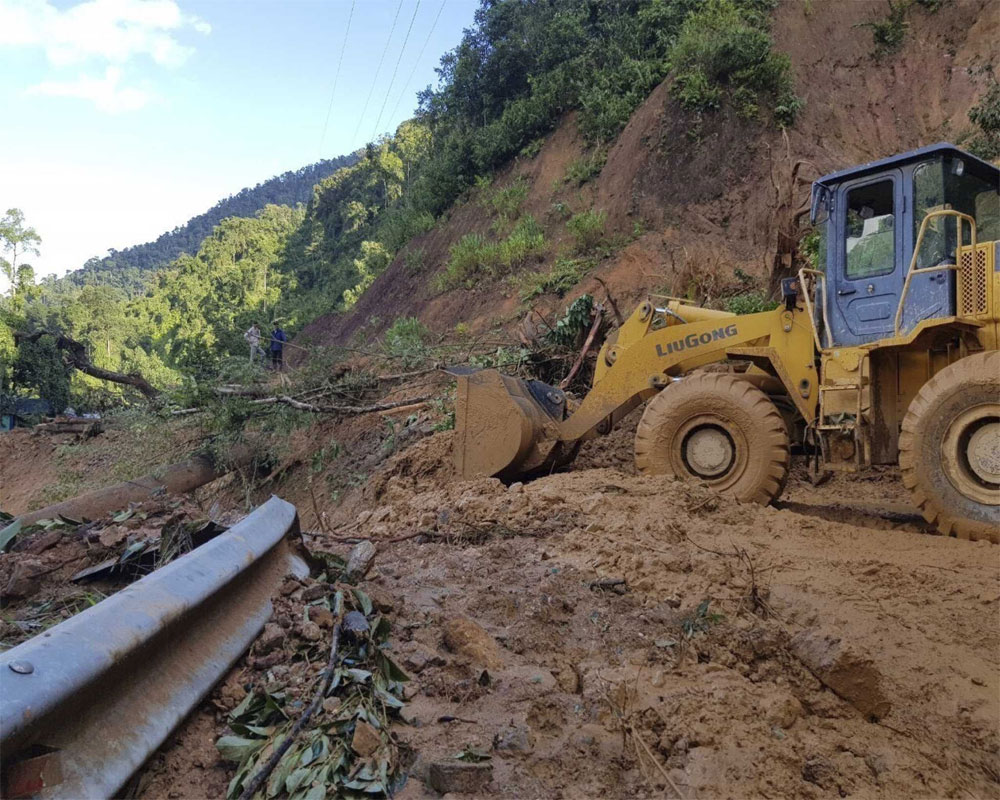 At least eight people died and 45 others were reported missing in two separate landslides in Vietnam on Thursday after the country was hit by typhoon Molave, bringing with it heavy rains and strong winds, according to state media.

So far eight bodies have been recovered from Tra Van, said the report.

The 45 missing are from Tra Leng, state media reported, adding that military staff, vehicles and equipment have been mobilized for the rescue work.

Prime Minister Nguyen Xuan Phuc on Wednesday requested the country's National Committee for Disaster Response, search and rescue, military forces and local authorities to coordinate and use any method necessary to quickly rescue victims of the landslides.