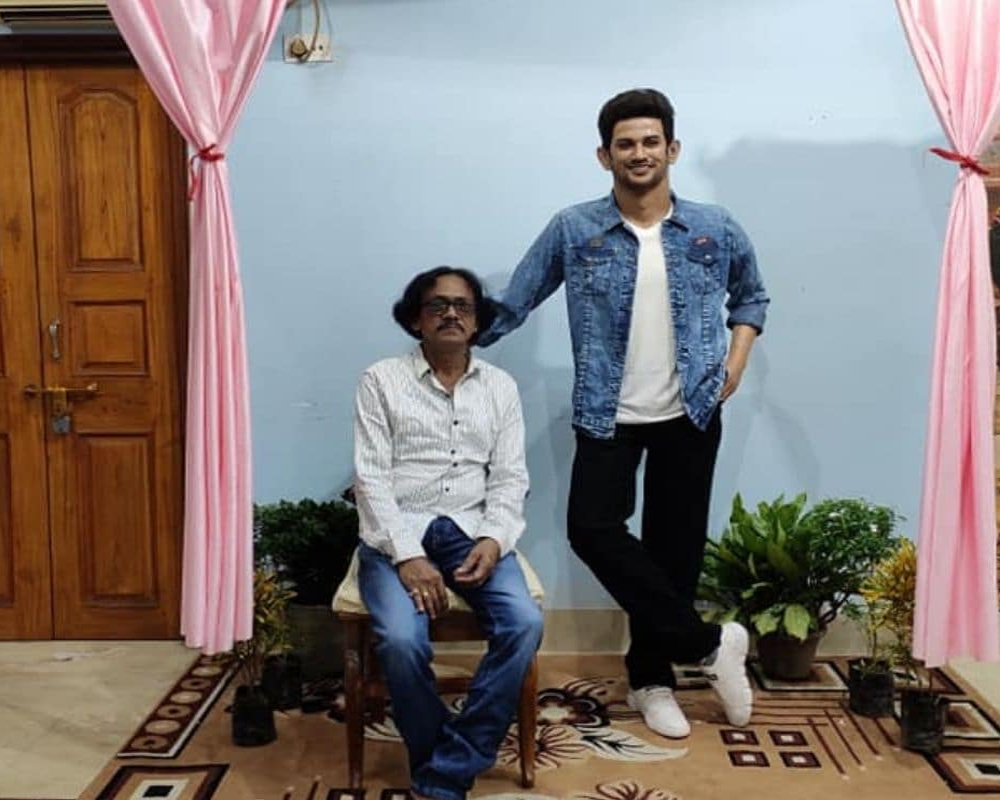 A veteran wax artist of West Bengal has sculpted a full-sized statue of actor Sushant Singh Rajput as a mark of tribute.

Sushanto Roy (64), state's first wax artist, has chiselled the statue, having striking resemblance with the actor who was found hanging at his Mumbai apartment on June 14.

Sushant Singh Rajput's death case is currently being probed by CBI and other central agencies.

It took Roy one and half month to complete the statue of the actor at his studio here in West Burdwan district.

His wax sculpting of former President Pranab Mukherjee occupies a pride of place at Rashtrapati Bhavan.

"I sculpt the statues of personalities with whom I feel emotionally attached in some way or the other. Whose life and works inspire me. Be it Amitabh Bachchan, Jyoti Basu, Pranab Mukherjee or Maradona.

"The wax statue of Sushant was also made for the same reason, though I regret that I will never be able to show it to the actor, whose struggle in acting career should be an inspiration to all aspiring actors," Roy, who has decided to keep the statue in his own museum, told PTI on Saturday.

The veteran sculptor also said that news of Sushant being a victim of nepotism also struck a chord with him "as despite being the first wax artist in the state having earned plaudits from big personalities, my request for a plot for a gallery in city or recognition from the government had never been considered by either the state or central governments."

"Both Sushant and me had been fighting against odds but never gave up," he said drawing parallels.

He recalled despite having wax statues at Jaipur and the wax museum in Rajarhat, the only recognition he got was from the Mamata Banerjee government in 2013 as a citation paper in recognition of his works.

"I had also sculpted wax statues of Mamata Banerjee and Narendra Modi but didn't have the scope to show it to them," the 1980 gold medal winner from Indian Art College said.

The veteran craftsman is spending his entire savings to build a state of the art private museum in Asansol to preserve his works for display.

"I am training five young artists to acquire the skills in wax sculpture. I will be no more one day but my craft will live on through their works in future," he said.

Roy had also made wax statues of cricket icons Sachin Tendulkar and Sourav Ganguly and both reportedly praised his works.