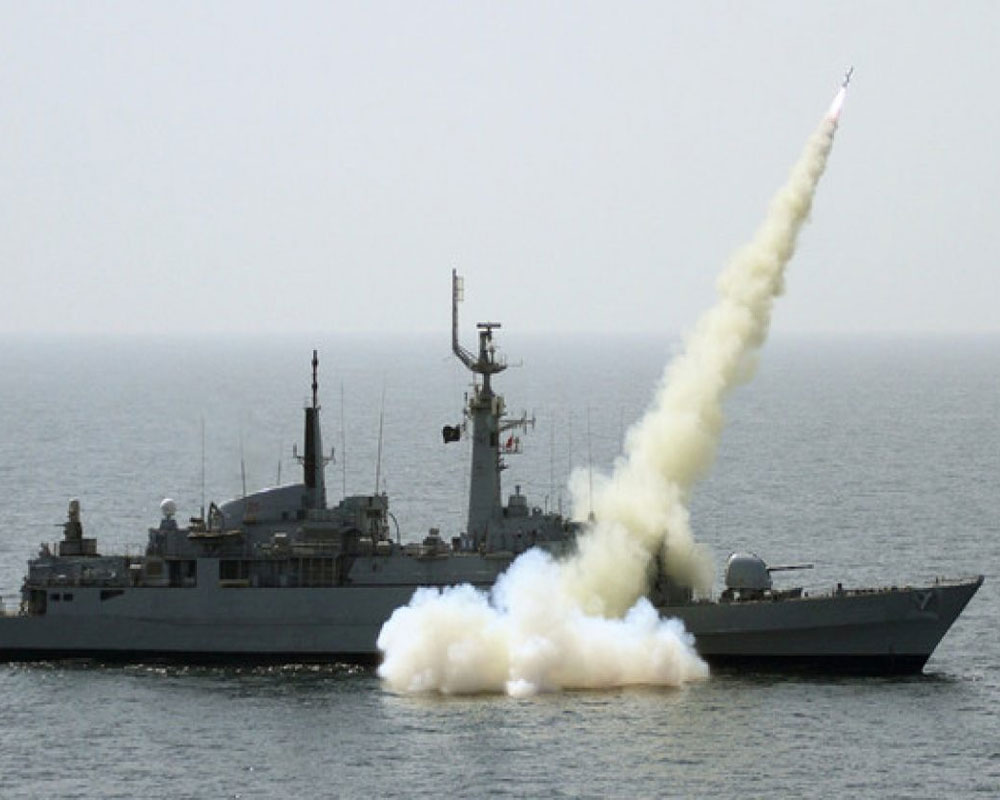 Islamabad, Apr 25 (PTI) The Pakistan Navy on Saturday successfully test-fired a series of anti-ship missiles in the North Arabian Sea, a spokesman said.

Chief of the Naval Staff Admiral Zafar Mahmood Abbasi witnessed the firing of the missiles, he said in a statement.

The anti-ship missiles were fired at the sea level by warships and aircraft, according to the statement.

The successful demonstration of missile firing is a testament to the Pakistan Navy's operational capability and military readiness, the official said.

On the occasion, Admiral Abbasi said that the Pakistan Navy is fully capable to respond enemy's aggression befittingly .

The Navy did not divulge more details.

Relations between India and Pakistan are strained and they further nose-dived after the Indian government abrogated Article 370 that granted special status to Jammu and Kashmir in August last year. Pakistan downgraded diplomatic relations with India and expelled Indian High Commissioner.

India has maintained that Jammu and Kashmir is an internal matter of India and does not want anyone's interference in it.