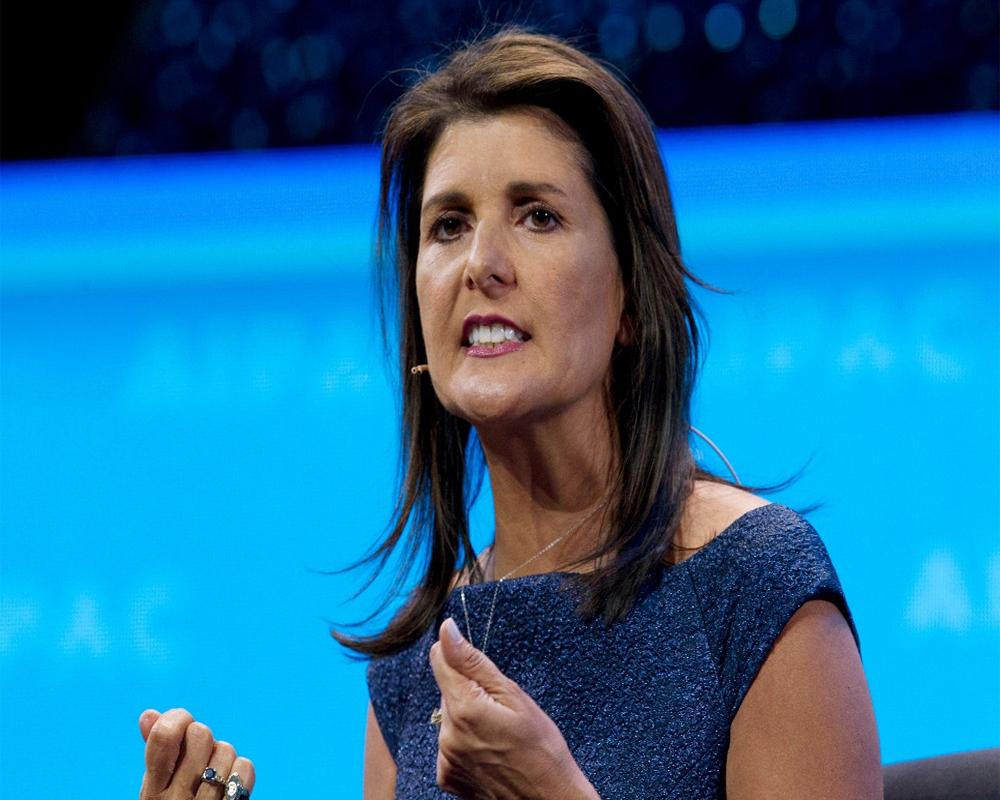 Popular Indian-American Republican politician Nikki Haley on Saturday revealed that Donald Trump, soon after winning the November 2016 US presidential election, had offered her the position of Secretary of State which she politely refused.

However, 48-year-old Haley, who at that time was the South Carolina Governor, said she could not refuse the second offer of the post of US Ambassador to the United Nations as Trump had met all the conditions she had set for accepting the position.

Haley, who went on to become one of the most successful US Ambassador to the UN, is now campaigning in support of Trump's re-election bid.

"There is a stark contrast" between President Trump and his Democratic challenger Joe Biden, she said at a fireside chat event organised by the Indian Voices for Trump in the battleground state of Philadelphia.

"There is a lot at stake with this election," she said.

Responding to a question from Dr Merlynn Carson, co-chair of Indian Voices for Trump, Haley, for the first time, revealed that Trump, soon after winning the November 2016 presidential elections, offered her the position of Secretary of State. Trump send her a plane to fly her to New York.

However, Haley said, she politely refused the offer, noting that she was not the right fit for the post as she had no experience in that.

Days later, after she returned from New York, Trump through his chief of staff offered her the position of US Ambassador to the United Nations.

Responding to the offer, she set three conditions -- the position should be of Cabinet rank, the envoy should be a member of the national security council and that she will not be a yes-woman, Haley said.

To all the conditions, Trump's response was Done. What next? , leaving her with no option but to accept the position, she recalled.

Haley has been one of the most successful US Ambassadors to the UN, a position in which she served for nearly two years.

Responding to a question, Haley said Trump has stopped giving aids to countries like Pakistan, which harbour terrorists.

The relationship (of US) with India (under Trump administration) has never been stronger, she said, adding that President Trump and Prime Minister Narendra Modi get along very well.

Under Trump administration, the US is partnering with India on various issues, including defence, Haley said.

China, she said, is the number one national security threat to the US.

Trump is "not very much a politician", "what you see, what he is", she said when asked about the president. She referred to a conversation that she had with Trump, before he was scheduled a deliver an address at the United Nations and asked her opinion on calling the North Korean leader as the Rocket Man".