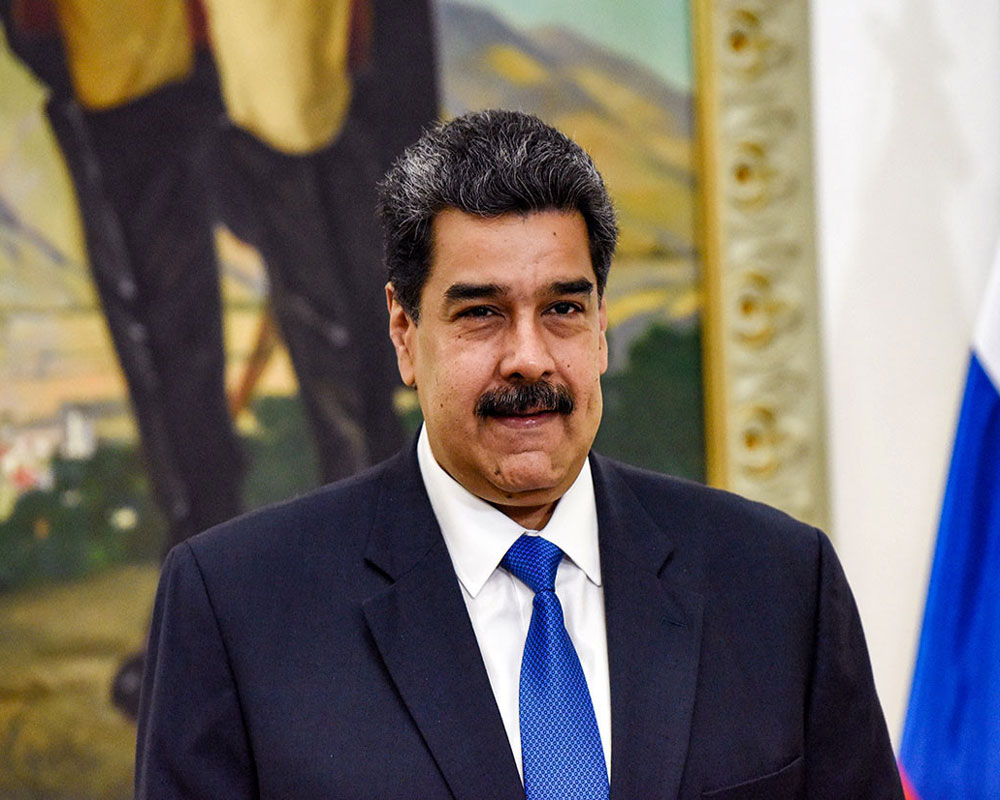 Venezuelan President Nicol s Maduro has ordered the European Union's ambassador to leave the country hours after the bloc that's pushing for a democratic transition hit several officials loyal to the socialist leader with sanctions.

Maduro's order, given in an address on state television on Monday, follows stiff financial measures imposed by the EU against 11 Venezuelans, including Luis Parra, who heads a National Assembly rival to the one headed by opposition leader Juan Guaid .

The measures brought to 36 the total number of Venezuelan officials under European sanctions, which include a travel ban and it freezes asset.

EU officials said in a statement the sanctions target individuals and do not affect the population in general.

Venezuela's Supreme Court, which is loyal to Maduro, earlier this month created a new elections commission ahead of parliamentary voting expected this year.

Critics of Maduro say the elections commission is stacked with members loyal to the president.

The court also stripped two popular opposition parties of their leadership boards, replacing them with their own political leaders.

European leaders said they will continue working to foster a peaceful democratic solution in Venezuela, through "inclusive and credible legislative elections".

While scolding EU officials for backing Guaid , Maduro even offered to help the European delegation find a flight out of Venezuela amid the coronavirus pandemic that's grounded most air travel.

Isabel Brilhante Pedrosa, who heads the European Union delegation in Venezuela, did not immediately respond.

"If they can't respect Venezuela, then they should leave it," said Maduro, rejecting the European leaders' endorsement of Guaid as Venezuela's interim president. "They recognise a puppet as president."

While the United States has led the push to oust Maduro with sanctions, leaders in Europe and Canada have also thrown their support behind Guaid , in a coalition of nearly 60 nations.

However, Maduro remains in power with control over the military and international support from allies including China, Russia, Iran and Cuba.