Ear to the ground

Ear to the ground 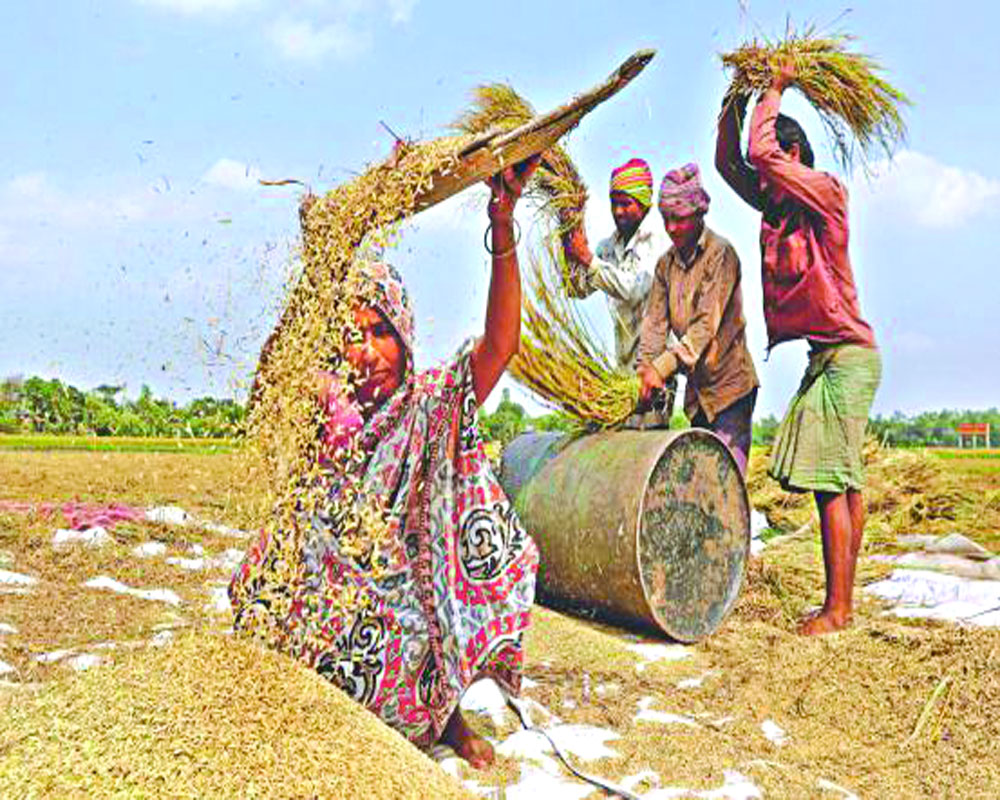 The interest of farmers should always be kept at the centre of any ordinance, scheme, policy or programme at all levels. There is a need to listen to their unheard voices so that they’re benefitted for their contribution to the nation’s economy, says Pankaj Singh Bisht

Farmers across several states are opposing the Centre’s agriculture-related ordinances. In Punjab, Haryana, Uttar Pradesh and Telangana, protests have been staged against the Farmers’ Produce Trade and Commerce (Promotion and Facilitation) Ordinance, the Farmers (Empowerment and Protection) Agreement on Price Assurance and Farm Services Ordinance, and an amendment in the Essential Commodities Act, 1955, which have been tabled as bills for discussion during the Parliament’s Monsoon Session. The protesting farmers fear that these ordinances will allow corporates to dominate the field that is largely owned by them and the government. The struggle of the farmer community is only intensifying with each passing day.

Farmers are responsible for running a crucial sector that contributes about 17 to 18 per cent to the country’s GDP, provides employment to over 60 per cent of the population and over 70 per cent of the rural households depend on agriculture. The recognition of the farmers — their achievements, struggles and demands never make it to the list of government’s priorities. Every now and then, farmers have to shout at top of their voices to be heard while many, with no one to listen, choose death to register their protest.

During lockdown, farmers were among the worst affected communities. Preliminary findings of a survey conducted by the Public Health Foundation of India (PHFI), Harvard T H Chan School of Public Health and the Centre for Sustainable Agriculture (CSA, Hyderabad) confirms the same. The survey which was conducted with more than 1,000 agricultural households across 12 Indian states show that “60 per cent of those who did harvest reported a yield loss, and 1/10th of them could not harvest their crop in the past month. More than half (56 per cent) of the farmers said that the lockdown has impacted their ability to prepare for the forthcoming sowing season.”

The hilly state of Uttarakhand is no exception. Here, too, the several challenges that farmers have been facing for quite some time now, have only intensified during the lockdown period that was imposed because of the pandemic. During monsoon, different types of fruits and vegetables are produced here which provide income to farmers for their yearly sustenance. In local vegetable markets (Mandis), the impact of lockdown has been such that farmers have stopped getting the right price for the produce. With meagre earnings, it has become difficult for them to meet their daily expenses. The frustration among them is evident as they have been forced to take loans with no hope of future income.

Ramgarh, Dhari, Mukteshwar, Satbunga, Dhanachuli, Nathuvakhan and may other regions of Nainital district are famous for apple production. 8550 metric tons of apple is produced on a huge expanse of 1244.67 hectares. Farmers dedicate their sweat and blood to these orchards with hopes of promising returns. But when this produce is presented in market, they are faced by several challenges — no buyers for the price they deserve, they are told that the quality isn’t good enough for the quoted price which pushes them  to sell their hard work at unfairly low prices.

Government officials and local representatives consider the old variety of apples, and traditional methods of horticulture to be the main reason behind the challenges faced by these farmers in these areas. The popular opinion is that Uttarakhand should follow the footsteps of the leading fruit producing state of Himachal Pradesh but when it comes to formulating and implementing policies supporting farmers, the void is huge. Plans are conceptualised and implemented mostly without any scientific and technical knowledge.

According to farmers of the Mukteshwar region, who wish to stay anonymous, the government had launched a scheme to encourage intensive apple horticulture in the state. The horticulture department was given the responsibility to identify beneficiaries and implement the scheme. Although, the department was quick enough to implement the scheme but when requests for arranging quality planting material to establish orchards were raised, the department took a backstep putting the entire responsibility on farmers. They asked farmers to make arrangement on their own leaving them helpless.

In this regard, Dr Narayan Singh, an expert working on horticulture development in Mukteshwar region, says that “Another major drawback of this scheme is that farmers have to establish orchard on a minimum of one-acre land. This excludes several small farmers from participating in the scheme. If the state government really wants to provide benefits to the farmers, then it will have to formulate plans keeping in mind small holding farmers as well. This step will not only help in expansion of the scheme but has the potential of turning the state into a horticulture-intensive region.”

With minus 23.9 per cent GDP, we have officially entered a recessionary phase this year, data released by the National Statistical Office (NSO) shows. Amid such grim situation, it is only the agriculture sector that gives hope for future as it registered a 3.4 per cent GDP growth. There is a need to uphold this hope by strengthening the farmers, specially the smaller ones. The current way of formulating policies clearly misses out on the concerns of the farmers who face several, complicated challenges on field. The good intentions of policy makers fall short in addressing these challenges. There is a need to listen to these unheard voices before introducing changes that farmers are unable to understand and benefit from. The direct interest of farmers should always be kept at the centre of any ordinance, scheme, policy or programme at all levels. It is about time that farmers receive fair benefits for contributing significantly to our nation’s economy.