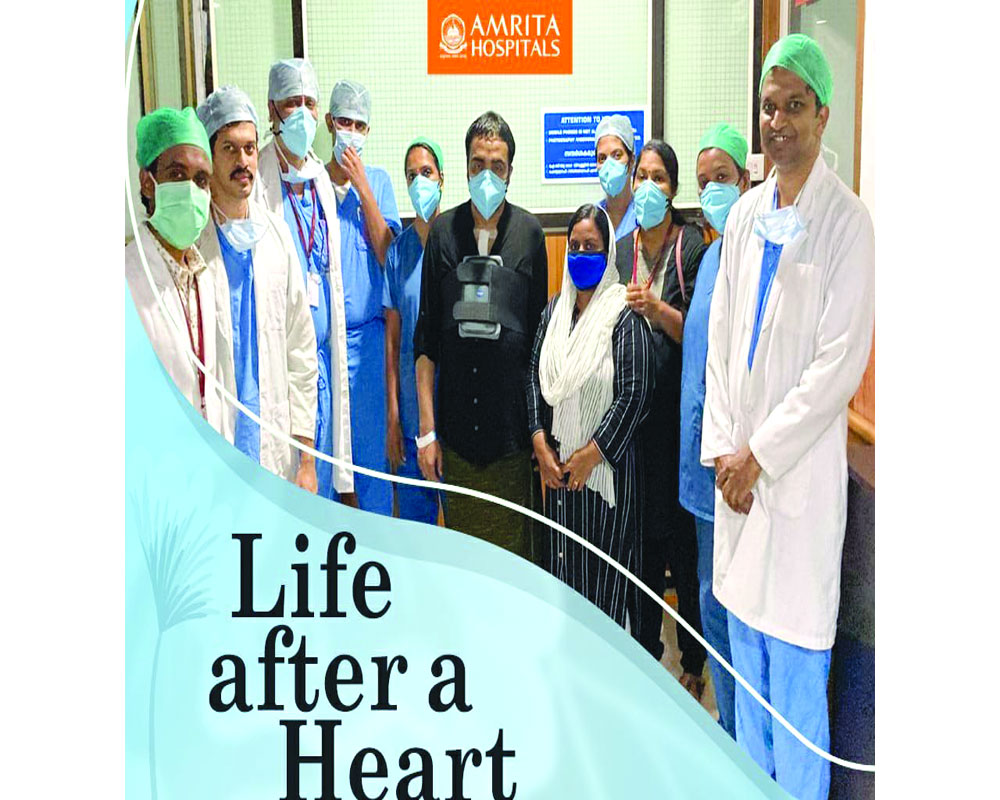 Three years ago, Kannur-based Shabeer was diagnosed with heart failure due to an underlying condition — dilated cardiomyopathy (DCM). Even after undergoing treatment, his health kept deteriorating and reached the stage where a transplant became the only option.

A year ago, he consulted Amrita Institute of Medical Sciences in Kochi for further evaluation and treatment. He was then listed for a heart transplant in Kerala Network for Organ Sharing (KNOS) registry.

The 39-year-old rented a house close to the hospital and has been waiting for a donor for a year now. Due to the lack of organ donors in Kerala for the last few years, his wait had become a race against time and he was starting to lose hope.

Finally, an alert for a donor match came last month from Kelvin Joy, who had been declared brain dead due to constant bleeding in the area. He had expressed his wish to donate his organs. His family also agreed. Following organ donation protocol, KNOS was notified and for the first time in the  State, eight of his organs — heart, liver, small intestine, hands, both kidneys and both corneas — were donated.

Late Kevin’s heart will now continue to beat through Shabeer. After a slow recovery, Shabeer was finally discharged from the hospital on Wednesday.