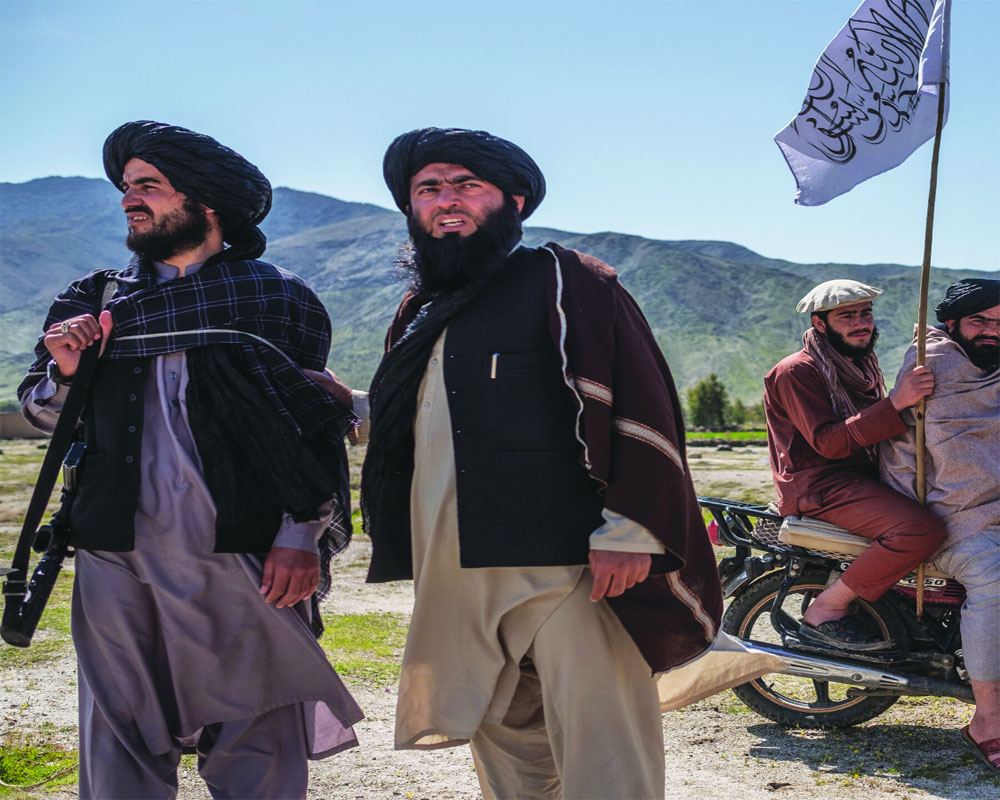 The US is abandoning Afghanistan, just like it abandoned South Vietnam, and it’s demanding that the puppet ruler give it political cover for withdrawal and take the blame

In a letter to Afghan President Ashraf Ghani recently, US Secretary of State Antony Blinken insisted that Ghani agree to share power with the Taliban insurgents in a transitional Government, to be followed at some point by some sort of election in the beleaguered country. Understandably, the Afghan leader views this as a shotgun marriage in which the Taliban will hold the shotgun.

Too bad, but the Biden Administration has inherited former President Donald Trump’s deal with the Taliban to pull all US troops out of Afghanistan by May 1 this year and it has no intention of changing that. The “good guys” lost and US President Joe Biden has promised no more “forever wars”, and Ashraf Ghani will just have to suck it up.

Secretary Blinken’s letter to him was little short of brutal: “Over the last two months...I have kept you scrupulously informed of the progress of the negotiations. This is my final effort to point out to you the necessity for joint action and to convey my irrevocable intention to proceed, preferably with your cooperation but, if necessary, alone. The time has come for us to present a united front in negotiating with our enemies, and you must decide now whether you desire to continue to work together or whether you want me to seek a settlement with the enemy which serves US interests alone.”

Hang on a minute. The date’s wrong on this letter. Sorry. My incompetent  intern has brought me the letter that President Richard Nixon wrote to South Vietnamese President Nguyen Van Thieu on  December 17, 1972. That was just before Nixon signed the peace agreement with North Vietnam that gave the US a face-saving “decent interval” (two years after American troops left) before Hanoi collected its winnings by conquering South Vietnam.

“I must also make clear to you, Mr President, that as our policy process continues in Washington, the United States has not ruled out any option. We are considering the full withdrawal of our forces by May 1st, as we consider other options.

“Even with the continuation of financial assistance from the United States to your forces after an American military withdrawal, I am concerned that the security situation will worsen and that the Taliban could make rapid territorial gains.” Blinken concluded by expressing the hope that Ghani “understands the urgency of my tone regarding the collective work outlined in this letter.”

“Nice little country you’ve got here, Ghani”, as mafia boss Tony Soprano might have put it in the famous HBO series The Sopranos. “You wouldn’t want anything bad to happen to it.” Except that the US is no longer running a protection racket in Afghanistan. The US is abandoning Afghanistan, just like it abandoned South Vietnam almost 50 years ago. And it’s demanding that the local puppet ruler give it political cover for its withdrawal and take the blame for its final defeat, also just like it did with President Thieu in South Vietnam 50 years ago. And the poor mugs went along with it, because what choice did they have?

This is not to suggest that the US should keep its last 2,500 troops in Afghanistan, let alone reinforce them again. It would have been better if American forces had left within a few years of the 2001 invasion. It would have been even better if they had never invaded at all. One of the most quoted axioms of military history, right up there with “Don’t march on Moscow”, is “Never invade Afghanistan.” The three greatest empires of the past century, British, Russian and American, have all tried and failed.

Afghanistan is always easy to conquer, because it is poor and disunited. It is impossible to stay there very long, because Afghans hate being invaded and every adult man is armed. The Taliban never had a foreign policy; they were exclusively interested in “reforming” their own country according to their extreme Islamist ideology. Their leader gave shelter to Osama bin Laden’s crew because he had the same ideology, but there is no evidence that the Taliban knew he was planning the 9/11 attacks. Washington’s best course would have been to try to bribe enough mid-level Taliban leaders to hand bin Laden and Co over to it. (You can’t buy religious fanatics, but you can sometimes rent them.)

Failing that, go in fast, grab the al-Qaeda bunch, and get out again. And if you must invade, quickly find a friendly strongman, put him in power and leave. Instead the US and its equally befuddled NATO allies stayed and stayed, finding an ever-changing array of reasons (some of them well-meaning) for chasing an ever-receding victory. And now it’s down to this: Buy yourself some short-term political cover, get the hell out, and don’t look back. It will be ugly afterwards, but it’s much too late to change that.

Gwynne Dyer’s new book is ‘Growing Pains: The Future of Democracy and Work’. The views expressed are personal.