Apocalypse and the leadership

Apocalypse and the leadership 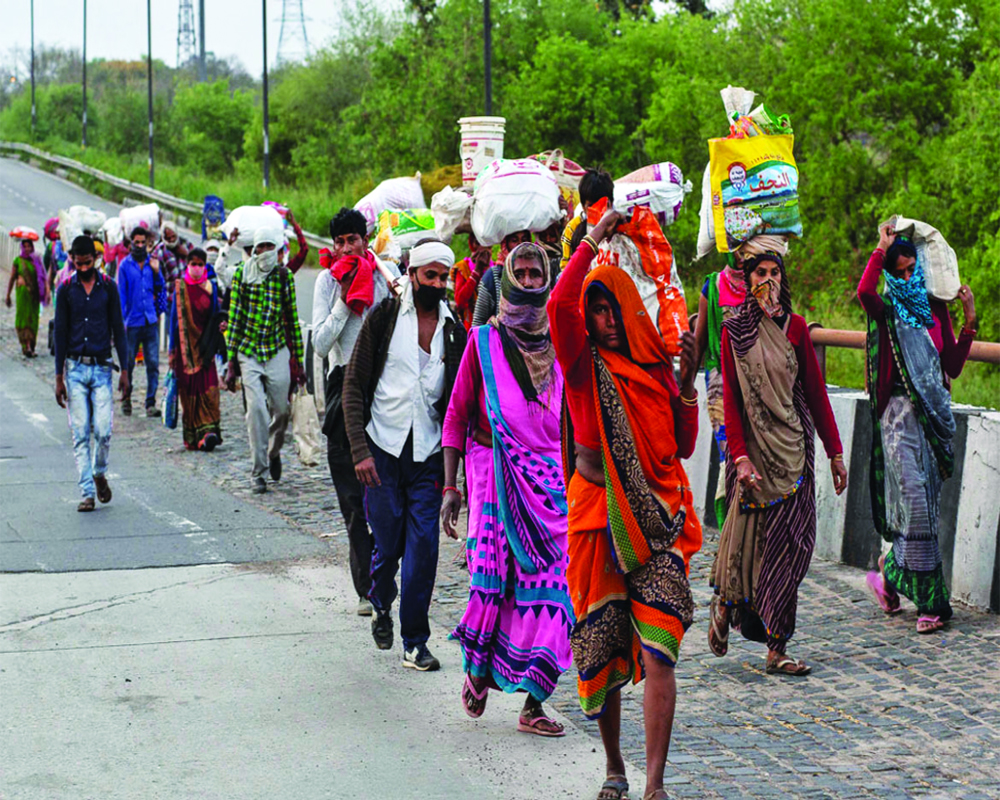 The handling of the pandemic, both by the Centre and the States, since the first wave leaves much to be desired

Despite the darkness and the chaos that currently engulf us, one can say with certainty that this, too, shall pass. Undoubtedly, the cost has been tragically unconscionable, and nothing could have prepared us for the trauma and heartbreak that confronts us on a daily basis.

The fact is that we had expected to be overwhelmed by the pandemic’s impact during the first wave, given the state of our health infrastructure and the Government’s apathy. Especially, since the latter’s complete focus was on Donald Trump’s visit, the opposition to the Citizen’s Amendment Act and the Delhi riots. For reasons that we still do not fully understand, that did not happen and we got away lightly, believing for some reason that our generally poor standard of hygiene and prevalence of disease had made us immune to the virus. Clearly a combination of inverse snobbery, arrogance and complacency gripped us, allowing us to forsake common sense and ignore basic science in an effort to quickly regain our pre-pandemic lives.

Suffice it to say, the handling of the first wave by those mandated to do so was apathetic in the initial stages and panic-stricken subsequently, especially after they saw it decimate Europe, the US and South America. We locked ourselves in, at a moment’s notice, without any consideration for our less fortunate brethren, the daily wage earners, whose livelihoods disappeared overnight. The inability of the State to anticipate the consequences or mitigate their suffering resulted in the largest migration of population seen since Partition. The migrants attempted to get back to the safety of their villages, treks on foot involving thousands of kilometres for some.

To compound their misery, the Centre as well as most State Governments responded, as the Governments here invariably do, with inherent savagery, totally bereft of empathy or compassion. As a result, thousands died by the wayside. The Government was seemingly unaware that even in the tragedy that was Partition, the fledgling Government of the time utilised the military to establish the Military Evacuation Organisation to coordinate the movement of all refugees and helped them reach their destinations in relative safety.

In complete contrast, despite the grave nature of the threat confronting the Government, the military remained a mere bystander, utilised for such “critical” tasks as serenading hospital staff and other frontline workers by showering hospitals and police memorials with flowers from helicopters! Even now, there are allegations that the military has been used to establish field hospitals in the constituencies of a few VIP politicians.

Clearly, in hindsight, it was not our systems and processes in place to deal with just such a contingency that were found wanting, as Kerala showed us, but the lackadaisical approach of most Ministers and bureaucrats whose responsibility it was to ensure their implementation. They, in their wisdom, or rather the lack of it, treated the NDMA’s detailed guidelines and SOPs with contempt, leaving it to their minions to handle the problems.

Inherent arrogance and a belief that we had put the pandemic behind us ensured that the Narendra Modi Government took its eyes off the ball, even going so far as to ignore advice, received in early March from its own advisory group, on the likelihood of a second wave impacting us with even more ferocity. As a result, it didn’t bother to make up for the infrastructural and procedural deficiencies observed earlier but, worse, refused to hold accountable for acts of omission and commission those responsible for the lapses and delays that led to unnecessary and avoidable deaths of thousands. In short, it was a Government more focused on garnering power and prestige than ensuring the well-being of its citizens. An uncaring civil society, a divided and defunct Opposition spearheaded by a party in the death throes and a pro-Government media preferred to remain silent on these issues. By doing so, we enabled them to cover up their misdeeds and perpetuate false narratives and bold- faced lies.

While Modi may have excellent reasons for not venturing outside his bio-bubble at the Race Course Road, preferring to lead from within, he should note that leaders need to be seen, otherwise they are redundant. Interestingly, such an absence in a war zone on the part of a military leader would result in his immediate removal from command, probably on grounds of incompetence, if not sheer cowardice.

Whatever the spin this Government may attempt to push, Modi has been completely shorn off all the gloss and charisma he earlier projected. His unwillingness to take responsibility for the disaster implies that he lacks the moral fibre. The question that arises is if he will do the right thing and fall upon his sword. One way or the other, we will know the answer soon. But let us be totally clear that his reputation is done and dusted, forever connected to his handling of the pandemic and what it has wrought. As the Bard, insightful as ever, wrote: “The evil that men do lives after them; the good is oft interred with their bones.”