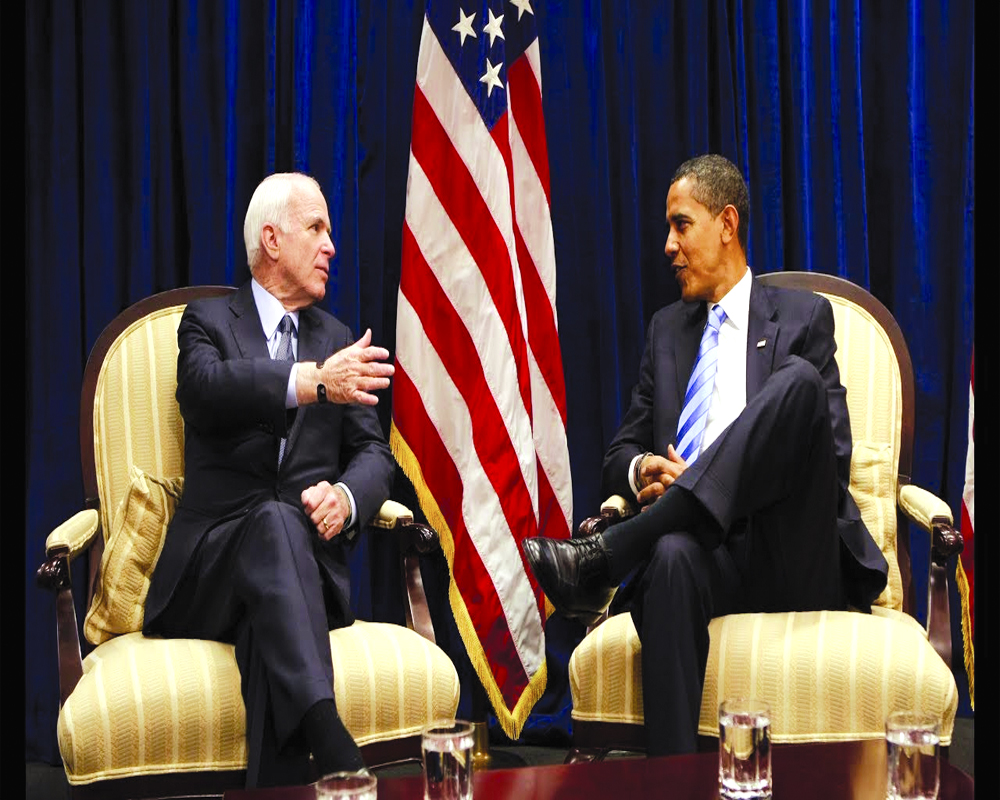 The ‘nation-is-the-strongest-when-it-is-united’, as said by US President Joe Biden, holds true for all nations. The thought matters!

There are frequently interchanged political expressions like the Right-wing, nationalistic or conservative, to suggest a certain typology in democracies, globally. Amongst the “Uniformed”/veteran communities, empirical data does suggest a historical bias towards these socially conservative ideology, hence the traditional traction towards Republicans in the US or the Conservative Party in the UK. In the 2016 US presidential elections, the Vets gave Donald Trump a 60%-34% advantage over Hillary Clinton and, in 2012, John McCain held a 54%-44% advantage over Barack Obama. But the tumultuous Trump era (2016-2020) of ostensibly “muscular” politics had an unprecedentedly reverse impact on the Veteran sentiment — the more inclusive, measured, and reasonable tone of Joe Biden, swayed the Vets favourably. Misplaced swagger of calling some fallen Veterans “suckers and losers”, denigrating Gold Star families (eg Khizr Khan’s), recklessly interfering in the Military affairs (eg misconduct of SEAL Edward Gallagher), shunning professional advise (eg Defense Secretary James Mattis on Syria) or trying to usurp the hallowed imagery of the Soldier under a partisan flag (eg General Mark Milley’s apology following an inadvertent photo-op) was ultimately too much for the patriotic Veterans to support a divisively polarising agenda, that can play havoc with the proudly united and apolitical ways of the “Uniform”.

Biden’s consistent line that the “nation-is-the-strongest-when-it-is-united” gained deep traction from the Veterans who exemplify the regional, ethnic, and religious diversities. Even though Biden has had a mixed record on Veteran affairs, his humility and inherent decency with words like, “We must do more than rattle our sabers and demand allegiance to our vision simply because we believe we are right” was unusually

resonating, pacifist and conciliatory — it still cut ice with the Veterans, who had tired of Trump’s thundering and inflammatory bravado. A valuable lesson that civilian politicians often forget is that for a soldier, his/her national and constitutional values come before partisan loyalties. A quintessential “soldier’s moment” came in late Veteran-Senator John McCain’s campaign (Republican) when one woman in the audience said that she didn’t trust Obama because “he’s an Arab”, was immediately corrected by John McCain’s immortal words, “No ma’am. He’s a decent family man, a citizen that I just happen to have disagreements with on fundamental issues!” The Veteran-Senator never hesitated to call a spade a spade, even if it happened to his own party man like Donald Trump, whom he slammed, “The appearance of toughness or a reality show facsimile of toughness seems to matter more than any of our values.” At McCain’s funeral, his rival from the Democratic Party, Barack Obama, reciprocated the dignity that can perhaps accrue only to combatants: “When John spoke of virtues like service and valour, they weren’t just words to him, it was a truth that he had lived and for which he was prepared to die.” Obama movingly spoke about a soldier’s constitutionality, “he did understand that some principle transcend politics.

More recently in France, the Army Chief of Staff had to intervene and publicly dissuade soldiers from signing an extreme Right-wing letter on “religious extremism”’, as personal convictions on political-societal passions could trigger divisive talks, within the “barracks”. The Chief urged his soldiers to demonstrate, “unsurpassable virtues, cohesion and esprit-de-corps”, in an unmistakable ode to remain apolitical, despite political provocations from far-right politicians like Marie Le Pen, who have electoral agendas.

As the Biden Administration settles down and faces tough decisions on Military matters like pulling back troops from Afghanistan or checkmating China — irrespective of their sanguinity, judiciousness or efficacy, at least the misplaced attempts to politicise and appropriate the imagery of the soldier, is gone.

Two back-to-back presidential events pertaining to the Military reflected the now-normalised optics of decorum, grace and dignity that typifies the institution.

Later, at the Memorial Day ceremony at Arlington to honour the fallen soldiers, Biden sagely reiterated, “Democracy. That’s the soul of America. And I believe it’s a soul worth fighting for. And so do you, a soul worth dying for”— Biden added a personal touch to the poignant ceremony when he remembered his son Beau, an Iraq War Veteran who passed away in 2015, “To those who mourn a loved one today, Jill and I have some idea how you are feeling”. Perhaps the best unwitting reaction to unnecessary theatrics and bombast came from Col Ralph Puckett who asked innocently, “Why all the fuss”, when asked to go to the White House — that perhaps captures the essence of honesty, simplicity and nobility that makes the apolitical soldier, a very special citizen and patriot.