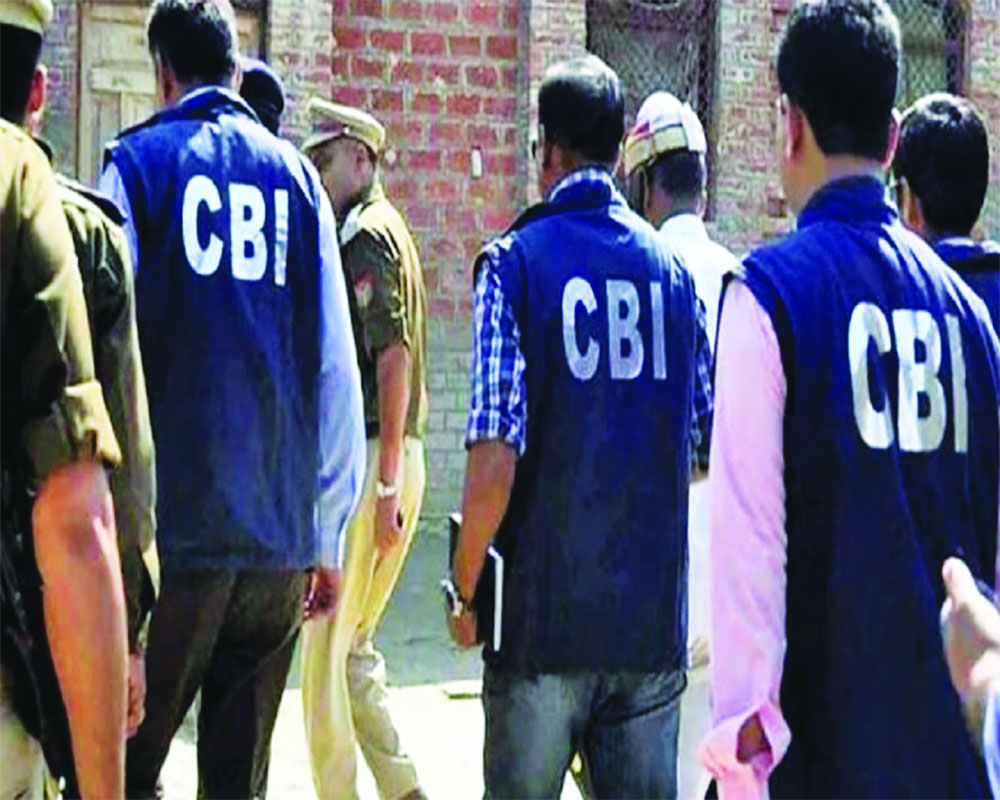 A sweeping order that the CBI will look only at frauds involving a certain amount, or higher, will send out a wrong signal. It is tantamount to glossing over the wrongdoings

Even as the Government is making all efforts to ensure that the Gross Domestic Product (GDP) — after witnessing 8 per cent contraction during 2020-21— returns to a high growth trajectory, it is concerned about the tepid recovery in credit availability which is considered to be the sine qua non of growth. According to the latest data by the Reserve Bank of India (RBI), the annual non-food bank credit growth in January this year was at 5.7 per cent compared to 8.5 per cent in the same period last year. Credit to industry, however, contracted by 1.3 per cent in January 2021 as compared to 2.5 per cent growth in January 2020.

A major bottleneck is the reluctance on the part of bank officials to sanction loans, out of fear that they might come under the scanner of the investigating or prosecuting agencies for taking purely ‘commercial decisions’. During the last three years (2018-20), the Central Bureau of Investigation (CBI) registered bank fraud cases involving amounts worth over Rs 1,00,000 crore (in 2020 alone, it registered 200 such cases involving total Rs 70,000 crore).  The Government wants to allay their fears by letting the CBI look only into some ‘extraordinary’ cases such as the IDBI Bank-Kingfisher Airlines while the specialised agencies such as the Serious Fraud Investigation Office (SFIO) in the Ministry of Corporate Affairs (MCA) being asked to investigate most other cases.

The above move is also justified in terms of what Prime Minister Narendra Modi said at an event in December 2019 — that bank employees should not be penalised for “genuine business decisions”— as also the exhortation by Finance Minister Nirmala Sitharaman in the same month: “Honest bankers need not to fear the three Cs — CBI, the Central Vigilance Commission (CVC) and the Comptroller and Auditor General of India (CAG)”. There can be no two opinions that officials should act fearlessly and free from any encumbrance, including the possibility of coming under the lens of agencies. This is a pre-requisite for building a robust credit culture and ensuring that credit availability increases in sync with the requirements. However, this gels only with situations, wherein the officials have conducted due diligence, carefully assessed the viability of the project or venture for which loan is considered and convinced themselves about the credibility of the borrower.

In such a situation, the chances of any fraud are almost negligible. Even in an unlikely event of things going wrong and the loan becoming a non-performing asset (NPA), the sheer fact that the official had conducted “due diligence” and taken all precautions while sanctioning it by itself should instil confidence. On the other hand, if the official has granted loan in a cavalier fashion without conducting due diligence or assessing project viability or has acted with mala fide  for personal gain under what is termed as “quid pro quo” arrangement then, there is every possibility of the loan becoming an NPA. In such a scenario of a fraud being perpetrated on the bank, the authorities must not allow the idea of “keeping the CBI at bay” even cross their minds.

However, the fraud happens in a systematic manner and it is clear from the four major financial entities, viz; Yes Bank, Punjab and Maharashtra Cooperative (PMC) Bank, Infrastructure Leasing and Financial Services (IL&FC) and Dewan Housing Finance Corporation Limited (DHFL) having been pushed towards bankruptcy during the last three years solely because their top brass acted with mala fide intent while sanctioning loans.

Here are some harsh facts. Between April and June 2018, Yes Bank invested Rs 3,700 crore in short-term debentures of DHFL. Almost at the same time, the chairman of the latter “paid a kickback of Rs 600 crore” to former’s promoter and his family members in the garb of builder loan given to DOIT Urban Ventures — a company owned by the promoters’ family. According to the CBI, despite being a short-term debenture investment, DHFL has not redeemed Yes Bank’s investment to date. The DHFL is alleged to have had siphoned off Rs 31,000 crore out of total bank loans of  Rs 97,000 crore using a web of multiple shell companies. A dubious loan of Rs 6,500 crore was given by PMC to Housing Development and Infrastructure Limited (HDIL) in connivance with the bank’s top brass. Likewise, tens of thousands of crores in questionable loans given by the IL&FS landed in dozens of shell companies owned by top brass of the former. Another brazen case involves defrauding the Pradhan Mantri Awas Yojana (PMAY) by the directors of DHFL. Under the PMAY, loans are granted to people from economically weaker sections and low-and middle-income groups to buy land and construct houses, or buy housing units, through ‘credit-linked interest subsidy’! The beneficiaries get interest subsidy of 3 per cent- 6.5 per cent payable upfront. The subsidy amount is to be claimed by the financial institutions (FIs), which grant these loans, from the National Housing Bank (NHB) who, in turn, gets reimbursement from the Centre.

The DHFL — an FI tasked with implementation of the scheme-created 260,000 “fake and fictitious” home loan accounts in a non-existent Bandra branch between 2007 and 2019 for a total loan of about  Rs 14,000 crore. Out of this, around Rs 11,750 crore were deposited or routed to several fictitious firms. Several of these accounts were opened under the Pradhan Mantri Awas Yojana (PMAY) and interest subsidy of about Rs 1,900 crore claimed from the NHB till December 2018, of which the latter has already reimbursed Rs 540 crore.  The DHFL top brass committed the fraud in connivance with officials of the NHB which happens to be a whollyowned subsidiary of the RBI. Being the top regulator of the banks and FIs, the responsibility of the RBI is to prevent any fraud in these institutions and yet, such a thing happening under its nose is unconscionable. By any stretch of imagination, it can’t be a case of sheer negligence or a legitimate commercial decision going wrong. That apart, there are innumerable cases of bank fraud — each running into several crores — tumbling out of the cupboard almost every other day.  These can’t be wished away as an one-off incident. The frauds are an outcome of a well orchestrated game plan in which bank/FI officials are actively involved. Indeed, this is more systemic in nature, having to do with a sense of fearlessness amongst officials that even if they do something horribly wrong, they will go scot-free.

This mindset can be dealt with only by wielding a stick. The involvement of the CBI and other agencies such as the Enforcement Directorate (ED) has to be seen from this perspective. In this backdrop, a sweeping order that the CBI will look only at frauds involving amount above a threshold, say, Rs 500 crore, will send out a wrong signal. It is tantamount to glossing over the wrongdoings, in a way letting these continue unabated. This must be avoided.  However, the officials doing their job honestly and sincerely have nothing to fear— as rightly observed by Modi and Sitharaman—those who are out there to perpetrate fraud can be reined in only by instilling fear. In such cases, the CBI should be allowed to do its job without any fetters.