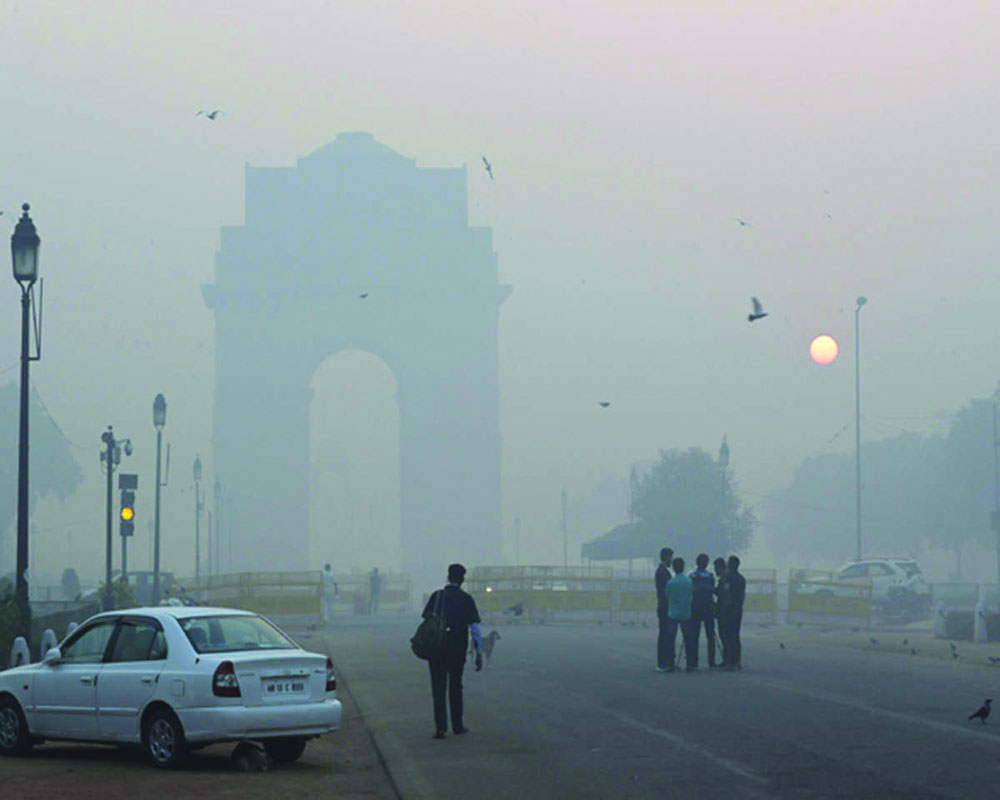 Not Shankar Mahadevan's number, we are talking about the plight of Delhi and adjoining regions

Maybe you are not a chain-smoker, or even a smoker for that matter, but it hardly matters if you are in Delhi. For, breathing in the Capital itself amounts to smoking many packs a day. Though nothing really comes for free, the Governments can guarantee free electricity and water, relying mainly on public money, but not clean air. The air you breathe comes at the price of your health and, if in Delhi, it may come at the cost of your life. Ranked the world’s most polluted Capital and the 10th most polluted city across the globe in the World Air Quality Report 2020 by a Swiss air technology company, IQAir, Delhi is gasping for breath and so are its residents. It’s not that efforts are not being made to tackle the menace but these seem to be too insignificant while the problem is gigantic. Last month, Chief Minister Arvind Kejriwal launched the ‘Switch Delhi’ campaign and said his Government will ensure that within the next six months, only electric vehicles (EVs) are hired by the Government departments. He also fixed an ambitious goal of 25 per cent EVs among the total vehicle registrations in Delhi by 2024. However, it’s easier said than done. With the Centre also putting its weight behind e-mobility, we can only hope that the Governments would work in consonance to mitigate pollution.

However, with the Centre introducing a Bill in Parliament that seeks to give overarching powers to Delhi’s Lt Governor and the AAP dispensation opposing it tooth and nail, the consonance factor seems only a distant possibility. Besides, the AAP Government has never failed to blame the Governments of adjacent States like Punjab, Haryana and Uttar Pradesh for the pollution caused by farm stubble burning. Of course, politics and pollution are inter-related. If the situation doesn’t improve, the day may not be far when political parties would lure voters with the promise of free oxygen supply. The Swiss company’s report also states that Delhi’s air quality marginally improved by approximately 15 per cent between 2019 and 2020, but it was due to the pandemic-induced lockdown and not as a result of the Government’s efforts. However, with the economy having already been thrown wide open, the ongoing year doesn’t seem to be promising with respect to curbing pollution. Moreover, the study reveals, 13 of the 15 most polluted cities in the world are in north India, with Ghaziabad at the second spot, followed by Bulandshahr. While nine of these cities are in the National Capital Region, as many as eight are in Uttar Pradesh. It shows that the problem is not limited to only Delhi and, hence, the solutions also should be comprehensive. The Governments concerned must set aside their differences and sit together to address the problem. However, since the Governments’ anti-pollution action plans are known to exist only on paper, maybe the only thing that can help the citizenry again breathe freely is another lockdown. Fighting both the pollution and the pandemic, let’s hope we come out of it alive.