Do the States have any responsibility?

Do the States have any responsibility? 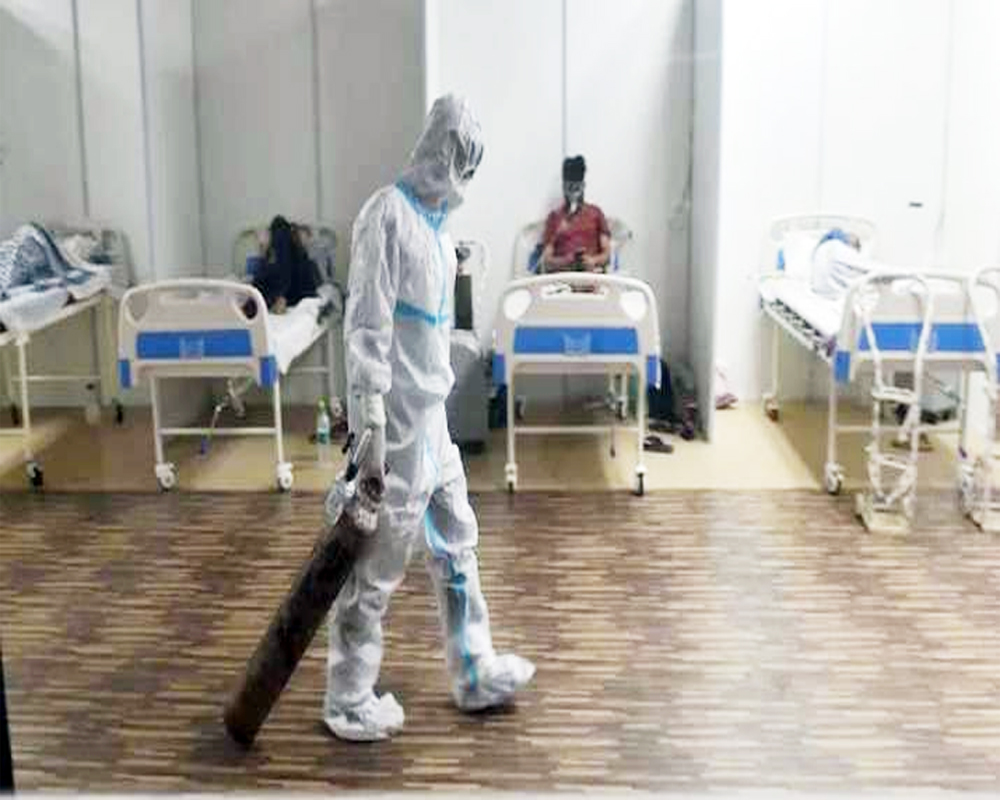 Several COVID patients have tragically died, either due to the depletion in oxygen supply at hospitals or for other reasons, across 14 States

The death of patients due to depletion of oxygen in some hospitals in Delhi and in many other States in the past weeks along with the shortage of beds and drugs for COVID-19 patients has shaken the nation’s conscience. Apart from Delhi, dreadful stories of criminal negligence and utter incompetence, leading to the death of COVID patients due to oxygen shortage, are surfacing from many States.

In Karnataka, 24 COVID patients lost their lives on May 2 and 3 when the district hospital in Chamarajanagara ran out of oxygen. A three-member committee appointed by the High Court indicted the district administration and the hospital authorities for their failure to supervise the crisis and said the oxygen shortage was the result of callousness at various levels.

Reports from Goa were equally grim as over 80 patients in the Goa Medical College and Hospital reportedly lost their lives because the hospital ran out of oxygen. While the hospital authorities claim not all of these cases can be linked to depletion of oxygen, one hears that this institution had a very primitive system of oxygen supply and insufficient storage capacity. The Goa Bench of the Bombay High Court also had to step in and press for speedy action to resolve the logistics issues.

In Haryana, such deaths were reported in hospitals in Gurugram, Rewari and Hisar while the cities in Maharashtra that were hit by oxygen shortage included Kandri, Malegaon and Nasik. And, as if all this was not enough, there have been disastrous fires in hospitals in several States.

An analysis of the death of COVID patients due to oxygen shortage shows that such incidents have occurred in Delhi, Maharashtra, Madhya Pradesh, Gujarat, Rajasthan, Uttarakhand, Punjab, Haryana, Uttar Pradesh, Karnataka, Telangana, Andhra Pradesh, Tamil Nadu and Goa, a total of 14 States — half the number of the States in the country. And the elected Governments are run by a wide range of political parties, including the BJP, the Congress, AAP, Shiv Sena, YSR Congress, the Telangana Rashtra Samithi and the DMK. The Maharashtra Government is run by a coalition of eight parties, including the Shiv Sena, the Congress, the NCP and the SP. The DMK-led coalition in Tamil Nadu has the Congress, the CPI, the CPM and the MDMK, among others.

While everyone is indulging in the blame game, it must be noted that the Prime Minister has chosen not to blame anybody. However, some fundamentals must be understood. Under the Constitution, the State Governments are primarily responsible for hospitals and their disasters. The sharing of powers between the Centre and the States is delineated in the Seventh Schedule, which lists the items that fall within the domain of each entity.

Item six in the State List in this Schedule states: “Public health and sanitation; hospitals and dispensaries.” In other words, public health and the management of hospitals and dispensaries is wholly the responsibility of the States and they cannot get away by pointing fingers at somebody else. The States also have the duty to prevent spread of infectious diseases (Item 29 in the Concurrent List). Therefore, no State can claim that it was helpless or powerless to deal with these issues.

Over the last month, the Prime Minister has been made the fall guy — a convenient ruse to deflect blame from all other entities. But once we overcome this crisis, we must take stock of what the following entities did or did not do in the first quarter of this year: The Chief Ministers; State Health Ministers; Chief Secretaries; Health Secretaries; the Indian Council of Medical Research and the administrators of all major Government and private hospitals, apart from the Union Government, the Union Health Ministry in particular, the Union Health Secretary and all senior officials in that Ministry. Did any of the administrators of private hospitals who are studio-hopping over the last three weeks and blaming all and sundry for the oxygen depletion, take any measures to augment the supply and storage of oxygen in their hospitals over the past year? But, as stated earlier, this is not the time for this exercise.

It is true that the Centre should have woken up to the disaster much earlier. Rashtriya Swayamsevak Sangh (RSS) chief Mohan Bhagwat summed it up when he said after the first wave of COVID-19: “The Government, administration and public dropped their guard.” However, this is not the time for finger-pointing. “We have to stay positive …. to keep ourselves COVID-negative,” he says. Emphasising the need for positivity at this juncture, Bhagwat referred to a particular phase in World War II when England appeared to be losing the war. Yet, there was a note on Prime Minister Winston Churchill’s desk that read: “There is no pessimism in this office. We are not interested in the possibilities of defeat. They don’t exist.” Bhagwat said India too needs to have such courage and resolve to defeat COVID-19. He is absolutely right. While it is true that not a single family is unaffected by either the COVID illness or consequential bereavement, we have to exhibit superhuman courage, resolve and positivity in the face of personal tragedy to defeat this rampaging scourge.