Elections in the time of COVID

Elections in the time of COVID 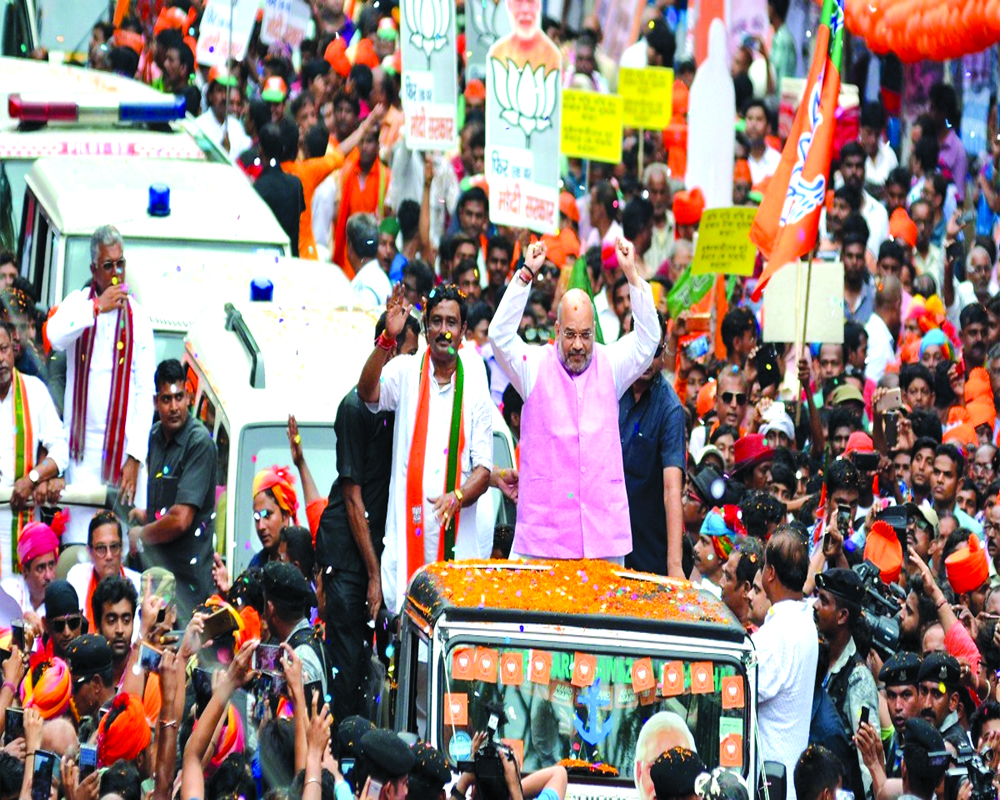 With half the phases in the Bengal polls remaining, the virus management measures appear to be missing on the ground

The Congress candidate from the Srivilliputhur Assembly constituency, 63-year-old PSW Madhava Rao, passed away of COVID-19 complications five days after the Tamil Nadu election concluded on April 6. If he wins the election posthumously, the constituency will head for a by-election. Tamil Nadu is one of the 16 States in India experiencing a significant surge in fresh Coronavirus infections. However, the pictures of bulging election rallies/road shows there capture only people’s indifference towards the virus. The wearing of masks seems to be a luxury rather than a compulsory practice.

The Election Commission of India (ECI) has laid down strict COVID-19 protocols for the elections in five States. It forms a part of the February 26 announcement of the poll schedule. The guidelines remain virtually unchanged since the Bihar Legislative Assembly election in October-November 2020. However, they seem to be honoured more in the breach than in observance, at least with regard to campaigning.

The instruction is that the District Election Officer (DEO, who is mostly the District Magistrate) should identify dedicated grounds for public gatherings with clearly marked entry and exit points, put markers to ensure social distancing norms by the attendees, and the nodal district health officer should ensure that the COVID-related guidelines are adhered to by everyone in the district. The DEO and the District Superintendent of Police should ensure that the number of attendees does not exceed the limit prescribed by the State Disaster Management Authority for public gatherings. However, the swelling crowds at the rallies/road shows seem to throw these protocols out of the window.

While elections in Tamil Nadu, Kerala, Puducherry and Assam were over by April 6, those in the State of West Bengal will continue till April 29. There, only four of the eight phases have been completed until now. The elections are already scarred by violence, and the media is fully fixated on it. By contrast, the large-scale flouting of the pandemic norms has not engaged the media’s attention sufficiently.

Prime Minister Narendra Modi repeatedly exhorts people to wear masks and maintain physical distancing norms in public. He is emphatic that nobody should be lax about the COVID-19 protocols. These are indeed meant for the people’s own safety, and tens of millions of ordinary Indians like me follow his advice in letter and spirit. However, does he follow his own advice at the mammoth rallies that he has been addressing frequently in West Bengal? The crowd strength at his rallies is so oppressive that there is hardly any place to stand. There was palpable fear of a stampede at his rally in Kolkata’s Brigade Parade Ground on March 7.

As the camera zooms in on different segments in the crowds at the Prime Minister’s numerous rallies, it is easy to spot that masks are a rarity. Does Modi demand that those not wearing masks or flouting the social distancing norms should leave immediately? Far from it, the Prime Minister seems to be oblivious of the subject as he vigorously launches a broadside on Mamata Banerjee’s “misrule”. The official candidates of his party — who otherwise pretend to follow Modi religiously — throw their masks (read caution, please) to the wind while going to file their nomination papers or campaigning.

None of the political parties seem to behave responsibly against the threat of COVID-19. Their delinquency is punishable under Sections 51 to 60 of the Disaster Management Act, 2005, besides legal action under Section 188 of the Indian Penal Code as specified in Order No 40-3/2020-DMI (A) of November 25, 2020, by the Ministry of Home Affairs. However, there are hardly any publicised incidents of punishment on this account until now.

With respect to  the Coronavirus, no political party can evade moral responsibility. They should have by themselves appointed nodal office-bearers for ensuring COVID-appropriate arrangements. If elected to govern, they themselves will have to deal with the pandemic upsurge. It is shameful that their behaviour should be COVID-inappropriate in public while seeking votes. The battle against the virus cannot be wholly dependent on vaccinations. Experience has shown that even those vaccinated can contract COVID-19.

The second wave of the pandemic has gripped India even as half the phases in the West Bengal election remain. It devolves upon all political parties to come together and take recognisable measures so that the poll campaign does not aggravate the situation. It might involve curtailing big rallies/road shows featuring star campaigners. One is reminded how ahead of the Fourth General Elections in 1967, the Chief Ministers of Tamil Nadu and West Bengal showed the way for developing a Code of Conduct through all-party meetings. The ECI officially adopted it in 1968. Such all-party meetings on the COVID-19 situation are the need of the hour.