Farm laws to be repealed in upcoming Parliament session

Farm laws to be repealed in upcoming Parliament session 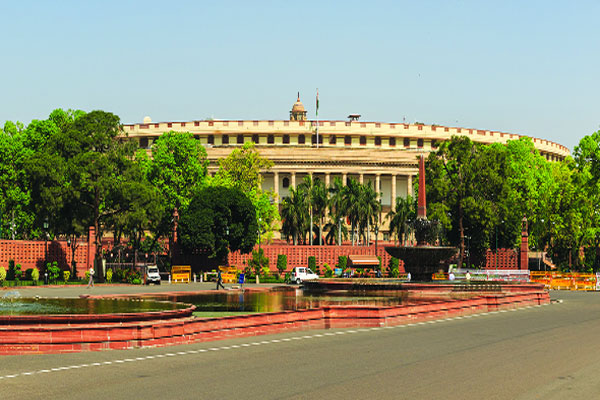 The burning question, however, remains: Why were these legislations enacted in the first place if they were to be repealed without implementation?

During the protracted farmers agitation against the three farm laws, a view was advanced especially by those in support of the impugned legislation that it is not easy to suspend operation of a parliamentary enactment or that it is not constitutionally permissible to repeal  a law by issuing an ordinance. Such an argument, besides ex facie specious, stands completely annihilated with the announcement of the Prime Minister to repeal them.

Article 73 of the Constitution says that the executive power of the Union is co-extensive with the legislative powers of parliament.  The Government, in exercise of its executive power, can suspend, amend or repeal an Act of parliament as long as it commands parliamentary majority. Any subsequent statute may repeal any Act in whole or in part, either expressly or impliedly by enacting a new legislation. Clause 6 of the General clauses Act, 1897 provides that any Act or Regulation can be repealed by the legislature. Unless a different intention appears, the repealing Act cannot revive anything not in force or existing at the time at which the repeal takes effect; or affect the previous operation of any enactment so repealed or anything duly done or suffered thereunder, etc.

The executive power of the Union extends (a) to the matters with respect to which Parliament has power to make laws; and (b) to the exercise of such rights, authority and jurisdiction as are exercisable by the Government of India by virtue of any treaty or agreement. So, on matters which parliament can legislate, it is the prerogative of the executive to pilot legislative proposals and get them enacted, including an enactment of repeal, with parliamentary support.  Laws may also be repealed if they are found detrimental in course of time or in case there is a ground swell of public opinion against them.

The three farm laws were originally promulgated as ordinances by the government and later replaced by the duly passed Acts of parliament.  Since the winter session of parliament will convene in a week, it is not an edifying parliamentary practice to promulgate an Ordinance for the repeal.  The Government will bring a Bill to repeal the three laws during the ensuing session.  There will be a fierce debate and the opposition would leave no stone unturned to show that they were right in their opposition to the original Bills and the government palpably wrong.  The government, in turn, would say that they were unable to convince the misguided agitating farmers. Once passed by both the Houses of parliament, and assented to by the President, the three laws would stand repealed.

The burning question, however, remains:  why were these legislations enacted in the first place if they were to be repealed without implementation? It needs to be borne in mind that in a robust democracy, public opinion, likened to a rope of multiple fibers capable of taming even an elephant, matters.  It is for the government to discern whether the opposition is orchestrated by vested interest or it is genuine, broad-based and the real voice of all the farmers of the country.

The Union Government could not have remained impervious to the farmers' agitation for long especially when elections are round the corner in the largely affected States.  But it is also a fact that agro-economists continue to be divided over the proposed repeal.  Many nonpartisan experts consider it a setback to agrarian reforms. Incontestably, the fear of losing the impending election is a great deterrent to reforms, regardless of the general perception of bold, visionary and transformative leadership.

It is in this context that the practice of referring the contentious legislation to the committees holds good as the committees crystallise different shades of opinions and help build consensus and unity out of plurality. The National Commission Bill and the National Commission for Allied and Healthcare Professionals Bill were referred to the Standing Committee, and based on the recommendations of the Committee, new Bills were introduced and passed by Parliament. So were many other legislations.  The great hurry in which the farm laws were passed during the Covid-19 time without referring the Bills to the standing committee only added fuel to the fire. The lesson is clear and unmistakable that in a parliamentary democratic set up it is not possible to impose laws on an utterly hostile community despite the best of intension and the promise of long-term national gains, without due consultation, consensus and credible parliamentary scrutiny.

(The writer is former Additional Secretary, Lok Sabha and a member of Delhi Bar Council. The views expressed are personal.)