Heads or tails, Oli wins. Or, does he?

Heads or tails, Oli wins. Or, does he? 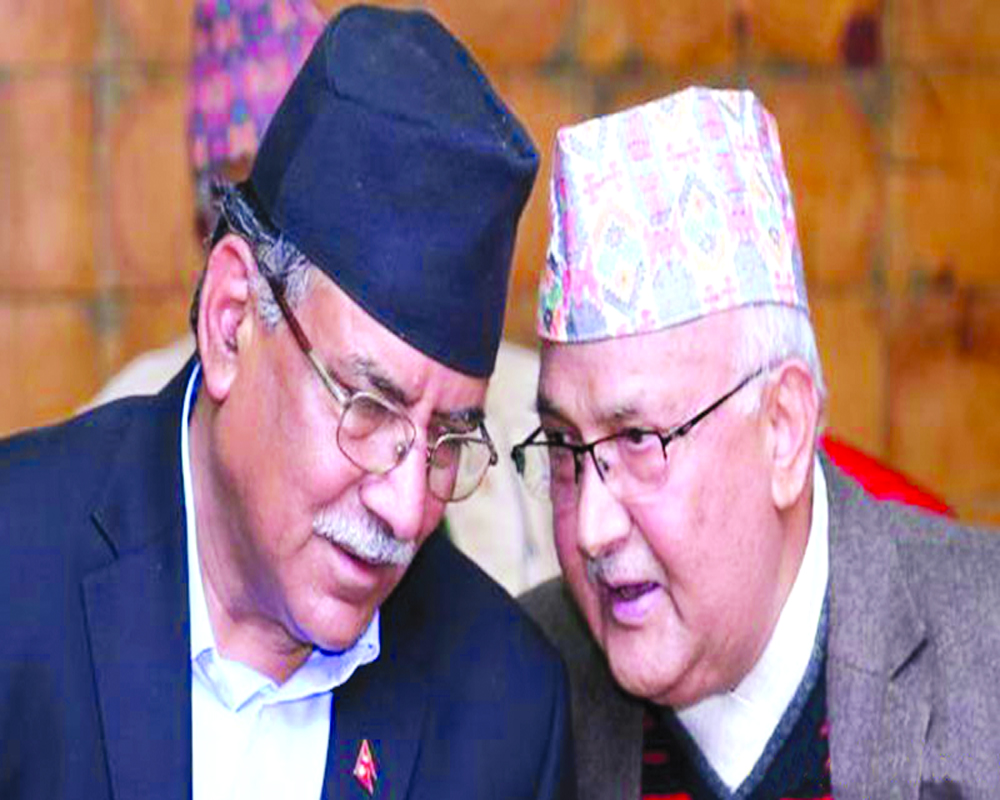 Our neighbourhood is in turmoil, democratically and constitutionally, but the ruling political powers there need to learn their lessons as well

What happened on May 22 is akin to a midnight coup. Having rejected claims of both Oli and Deuba under Article 76(5), Bhandari on the recommendation of the Oli Cabinet dissolved the House a second time within five months ordering fresh elections for November 12 and 19 under Article 76(7). This was a clear case of subversion of the Constitution, undemocratic and against the rule of law. Meanwhile, Oli with 121 lawmakers, reached out to Janata Samajwadi Party Nepal faction led by Mahanta Thakur to cross the majority mark of 136 votes by yielding to JSN on Citizenship Act through ordinance that the Madhesis have long sought.

Both Oli and Bhandari have drawn immense flak for acting unconstitutionally and pushing the country into an avoidable election during the COVID crisis. The Supreme Court will also be considering how Oli in the term of one house was appointed Prime Minister under all four provisions set by Article 76-76 (1-3) and 76 (5). Surely not without the sleight of hand.

This is not the first time provisions of Article 76 on Government formation are being adjudicated by the Supreme Court. This is rarest of the rare since 2015 Constitution was impeccably drafted, not by one but two Constituent Assemblies. In December 2020, the Supreme Court observed that Lower House can be dissolved after going through Government formation process within Articles 76 (1-3) and 76 (5). This time, Article 76(5) was not allowed to play out and Deuba and the Opposition not provided sufficient time and space to form a majority Government. Restoration of the House (presumably again) could lead to impeachment of the President for acting unconstitutionally and in partisan party interests.

How Oli has remained the Prime Minister in the last three years against multiple challenges from arch foe Prachanda (after dishonouring a written power sharing agreement and a running feud since with him even after Bhandari had brokered a one-man one-post compromise agreement which also Oli violated) and from within his own party, by former Prime Ministers Madhav Nepal and Jhalanath Khanal, is legendary. The lust for power has driven Oli to fiddle with the Constitution with Bhandari as his accomplice.

Although India’s recently cultivated friendship with Oli (once a staunch foe) is becoming a talking point in Nepal, the whisper campaign had started last year. China, once a big Oli fan has dropped him while trying to preserve Left unity which came unstuck after Supreme Court, on March 8 declared the Nepal Communist Party void ab initio as the name already allotted to one Rishiram Kattel who had already claimed it. This was an Election Commission matter which has proved tsunami in Nepali politics and left Nepal and Khanal in a quandary. India was to supply vaccine doses worth Rs 930 mn Nepali but has been unable to do so. This prompted Bhandari to call her counterparts in China and India urging them for help. President Xi had an hour-long conversation with her and promised to give one million doses gratis to Nepal.

In what has become India’s preferred style, during MEA briefings — “in response to a question” — India took note of the recent political developments in Nepal as “an internal matter for the country”, noting that India was the first country to react. “India will support Nepal and its people on their journey towards peace, stability and development”. Except for the vaccine hiccup, the two countries have got along pretty well after the blockade bump and now the “Oli-tar”. Oli and fate (breakup of NCP) have ensured that the Communist unity that was brought about first time in 70 years will not repeat anytime soon because the 2018 conjugation of stars will not recur.

All eyes and ears are on the Supreme Court to correct again a constitutional wrong- backed again by four former Chief Justices of Nepal — and shut the door on Oli wins, heads or tails.