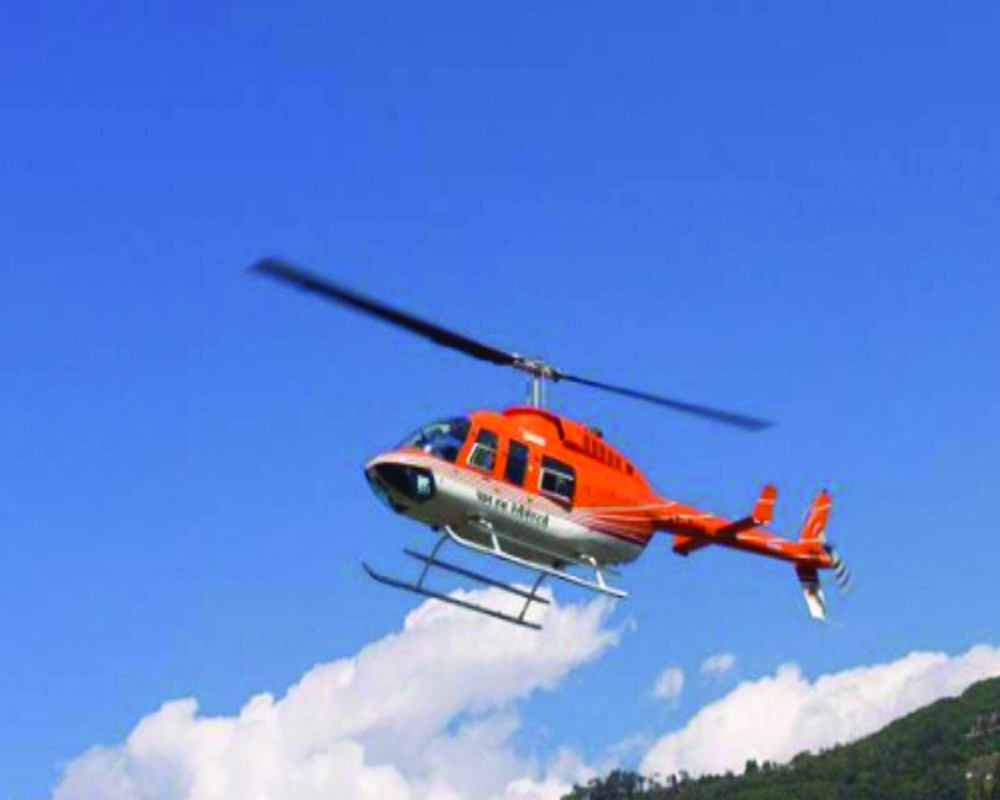 The helicopter industry in India has been stunted for long. Given India’s size, the number of helicopters in our country is woeful, the industry is highly fragmented, and for most their growth has been restricted. With the pandemic many are struggling for survival and some have shuttered. Helicopters have been deployed for multifarious activities globally and contribute a sizeable chunk of the civil aviation industry. In India the contribution is insignificant primarily because it has not been used to its optimal potential. Only a fraction of those numerous usages is seen in India in any organised fashion. Afew examples are in order. Helicopters are a favourite with politicians especially during election campaigns. They are used for VIP transportation but we are yet to see organised city helicopter transport services for high net-worth individuals and corporate leaders. Our over-crowded cities could benefit from it for example an airport transfer services could prevent massive economics losses in a city like Bengaluru. Helicopters as air ambulances are popular but not in India. As much 30 per cent of civilian helicopters serve the health care sector globally. Introducing mobile air health care centers for remote locations quite in line with the Royal Flying Doctor Service of Australia, popularly known as ‘flying doctors’ will bring great succour to the populace in remote locations. The Indian Railways has a Lifeline Express for the same purpose. Taking advantage of high manoeuvrability of helicopters, they are easily deployed for connectivity with remote inaccessible locations. Various states have used helicopters for operations against left wing extremists but we are yet to deploy them for policing, chase, and pursuits, and traffic management in our mega cities. In the energy sector helicopters form an essential and critical part of the off-shore operations such as in Bombay High. However, they are not actively deployed for infrastructure-building such as air cranes across the country especially in the mountains and other difficult areas. The policies are stacked against the sector mostly because regulators tend to think from a fixed winged perspective. The infrastructure in terms of heliports and support system is conspicuous by its absence. The process for approvals is cumbersome. With the government owned Pawan HansLtd capturing undue business from public sector undertakings it leaves other players with an unfair market place. Infrastructure development in remote locations is not only important for the security and defence but also leads to improved standard of living for people in those locations. Using helicopters for survey, mapping and transporting machinery will build in efficiency in capital employed for infrastructure development.  Improved healthcare services through a robust network of air ambulances and ‘flying doctors’ canhelp save lives, improve well-being leading to direct contribution to economic production. Once the industry reaches a critical mass - not very difficult given India's size and unfulfilled requirements manufacturing can present immense opportunities. It will align with the government’s ‘Make in India’ initiative as well as boost employment and skill development in the sector. The Ministry of Civil Aviation has been supporting start-ups in various fields of aviation a little focus on Helicopters will go a long way. Maintenance and repair is another high potential sector. Such activities will also boost employment, infrastructure and revenue. As maintenance cost will come down, ripple effect will be seen on passengers. This will help save forex reserves and India can possibly position itself as the hub for the entire Indo- Pacific region. A fast-growing helicopter industry will lead to newer players and infusion of capital, new technology and processes and systems. This will lead to employment generation and enhanced availability of skilled manpower. The tax revenue - direct and indirect, will be no insignificant contribution to the national exchequer.

(The writer is a public policy consultant at Chase India. The views expressed are personal.)