How Air India fell short of the runway

How Air India fell short of the runway 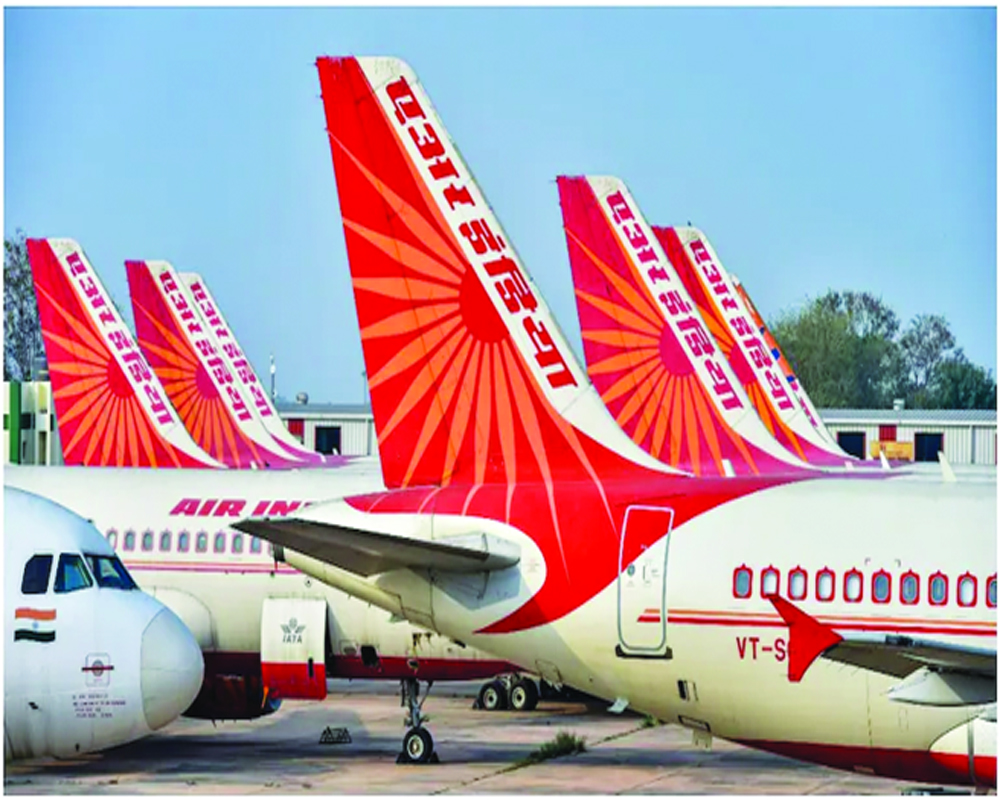 People in Government seldom appreciate that overheads can bring down companies. That made Air India a treasure trove for too many employees

The plight of Air India would not have dipped so low had a 1983 advice given in a national daily been followed. The company might be Government owned but three or four, preferably six or seven or more financial institutions beginning with LIC, Unit Trust, IDBI and nationalised banks should have held Air India through share. They would be entitled to dividends, if any. The company would be a member of the stock exchanges as well as chambers of commerce. Their senior representatives would attend the shareholders’ meetings et al.

The premier airline was a business and it should have been run as such and not like a zamindari. The acting zamindar was usually a joint secretary of the Government of India. He might have been a perfect bureaucrat but was likely to be wedded to the correct procedure and not oriented towards profit. He would have worried more about the audit than about results. That is not how a business is run. Companies owned and run by the Government are euphemistically called “public sector” without the realisation that it is an appendix of State capitalism. Where is the public as an owner, either direct or indirect?

The joint secretary, being from a cadre, was obliged to upgrade passengers free of charge. I have once travelled to London business class with my family. Many of the seats in the aircraft were filled at the last minute, before departure, with odd persons with whom I did not enjoy travelling. Mind you, I am not a snob; I have brushed shoulders with all kinds in politics. These appeared to be mostly relatives or friends of trade union leaders who had been obliged so as to maintain industrial peace. In a Government, one had to do so; any effort to solve any case of industrial tension needed the blessings of senior officers, if not the Board of Directors. For officers, it was best to maintain good relations with trade union leaders, if necessary with soft peddling.

To travel with such elements was irksome enough for us. For European travellers, one can imagine, it would be anathema. If say, 20 per cent shareholding was also sold to the public, it would appear in public perception to be a company like any other. Industrial action would then be easier to take. For years Larsen & Toubro was 54 per cent financial institution held and yet ran like a private company and gave decent returns to its shareholders. It was only when Reliance Industries bought out some shares from some of the financial institutions that the 54 per cent came into public limelight.

Another set of contributors to the sickness of Air India was the VIPs and ministers, whose recommendations had to be implemented. Whether the person was required or not, he or she generally had to be appointed. Whether he was qualified was rarely commented upon. People in Government seldom appreciate that overheads can bring down companies. That has made Air India a treasure house of too many employees, at least four times more than required.

VVIPs climbed even higher heights. As soon as UPA-I came to power in 2004, a minister took off to Europe and bought a large number of aircraft. He repeated his performance soon thereafter by flying to the USA to acquire Boeing aircraft for Air India. The earlier lot of Airbus planes were for Indian Airlines. To top up his exploits, he had both the airlines amalgamated. No questions were really asked nor answered. The cost of borrowing drove the final nail on the coffin.

The bitter Air India experience need not forever condemn public money being invested in industry. For a simple reason, India does not have a sizable and sufficient number of industrialists to industrialise the economy. Any old trader is not a potential industrialist. Yes, India has a large trading class and small to medium industry runners. But setting up a large industry requires a longer vision, a modicum of integrity, the ability to build the project rapidly before inflation overruns the cost, and ultimately the ability to manage a large industry.

For the size of our economy and the dimension of India’s needs, there are not many candidates around. In the liberal days of Indira Gandhi onwards, it was easy to borrow money from the bigger banks. Quite a few big, impressive houses, apparently successful, owe more they own. That is alright when a substantial part of the debt is from one’s own shareholders and not from bankers. Hence, let the Government play its part as an indirect shareholder in a reputable house. Additionally, invite, induce and attract foreign houses but not in consumer products.

Let the foreign company suggest what they would like to manufacture. Thereafter, the Government can verify whether the particular product is required in India. If it is, let the foreign firm decide how much and what percentage it wishes to invest. Then a public issue could be launched. What does not get subscribed can be filled up by the institution or banks. If the foreign firms, to feel secure, request the institution to fill the gap between 51 per cent and what it invests, say 15 or 17 per cent, it should be done.

Sakchi market to be redeveloped on lines of Chandni Chowk

Four feared trapped in mine cave-in