How the Partition helped India

How the Partition helped India 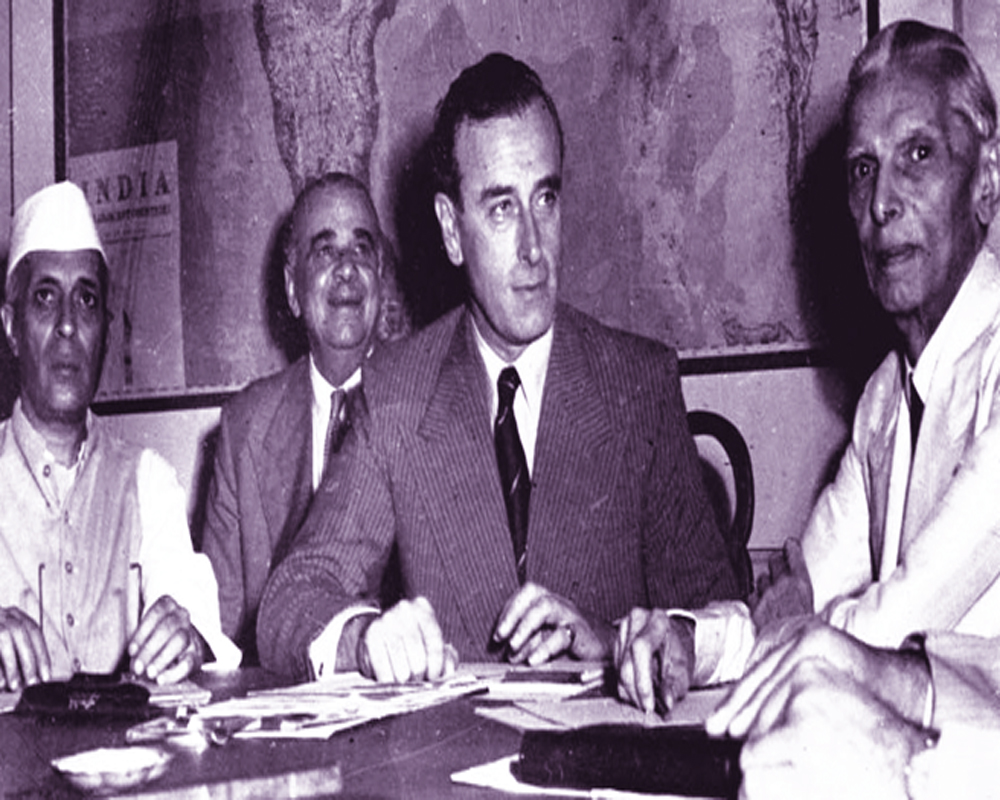 In an undivided India with no Pakistan or Bangladesh in existence, the larger population would have been only 60 per cent non-Muslim

Pran Chopra, who later rose to be the editor of the Statesman, was reporting on an election which said a lot. A public meeting was held at Jalandhar in the middle of which there was azaan or a call for prayer. The crowd went to pray but Jinnah sat down on a chair, pulled out a cigar and lit it. He smoked until the crowd returned and then resumed his speech in English. The only other language he could speak was Gujarati. He had had no leisure to learn Urdu. Whenever Jinnah shouted “Islam is in danger”, the crowd endorsed him loudly. The instance of a Muslim leader shunning prayer and smoking is telling.

If not the leader, what was he who succeeded in dividing a subcontinent? Evidently, he was the advocate-general for Pakistan. He could see that Muslims in India were generally nervous, if not also frightened. They were less educated than the Hindus and were fewer in the total number in the country. Furthermore, not even their elite owned industries and Nehru’s socialist Government would take away their land. Muslims, who had ruled India for centuries, would be reduced to servants and clerks of Hindus.

The Advocate had a formula of Pakistan which to Aligarh students meant a New Medina which could go on to throw up a Caliph. There was no reigning religious-cum-temporal head of Sunni Islam. The last one was the Sultan of Turkey whom Kemal Ataturk had dethroned and exiled in 1924. There had been no replacement. He planned a viable strategy for his clients — the Muslims — and got on with his job. He had been the highest-paid barrister in the British Empire for several years. For dividing the country, his fees would be a place in history’s hall of fame.

To indicate his role as an advocate, when he went, for the first time, to Dacca in the Eastern wing of Pakistan in February 1948, the university students demanded Bengali also to be a national language. Jinnah insisted that it can only be one tongue namely Urdu. He was curt, he did not know the Bengali psyche, and sowed the seeds of what eventually became Bangladesh. A leader would have been more tactful and conciliatory. He did something similar in Delhi as he was finally leaving for Karachi. Some local Muslims had gathered in anxiety to ask their Qaid-e-Azam what could happen to them now that Partition has taken place? His reply was hurried and curt; I have achieved for you what you wanted; now look after yourself. What more can I do? Again the attitude of an advocate and not a leader.

On the last day of his life in September 1948, his health was deteriorating at Quetta, where he had gone to rest. His sister Fatima was with him and a British doctor. As his plane landed in Karachi, an old ambulance was awaiting his arrival. Remember, he was the Governor-General. Within two or three mile, the vehicle stopped and would not move forward. So the doctor took another ambulance, which took an hour or so to arrive and take an ailing Jinnah to his residence. That same evening at say 10 pm, he died. The next day he was buried but reportedly in a Savile Row tailored suit. Coincidentally, he died in the city of his birth, namely Karachi.

Jinnah achieved what he had set out on March 23, 1940, at Lahore. His death was no tragedy, because it was not an end with unfulfilled aspirations. Had he died unfulfilled, it would have been somewhat tragic for him, but more so for Hindus. The simple reason is that there would have been no Partition; without Jinnah, Partition was most unlikely. Many Muslims believe that without the Qaid-e-Azam, there would have been no one to negotiate with the British rulers. The Muslims had no other all-India leader. It is in this belief the Muslim League requested him to jettison his practice in a barrister in London welcome him back to India, as the League’s life president.

To be convinced fully that Hindus needed the Partition, one has to digest the arguments laid out by Dr B R Ambedkar which are available in Volume VIII of his Complete Works. In his one blunt statement, Babasaheb declared, “An enemy without one’s borders is more desirable than an enemy within”. He went on to write that the Hindu provinces were paying much more tax, whose revenue was shared by the Muslim provinces. Yet because of their religious restrictions Muslim soldiers could not have fought for India, had the invading enemy been Muslim. The Khilafat Committee had endorsed this, as also the Muslim League.

In any case, in an undivided India with no Pakistan or Bangladesh in sight, the larger population of the country would have been only 60 per cent non-Muslim. This 60 per cent would be too low to prevent either an Islamic takeover or an open civil war. In other words, Hindu civilisation would have found it difficult to survive. It is not improbable that the Hindus might have lost this civil war. For one, the Muslims in the Indian army exceeded the rest, especially if one counted only the fighting units minus the non-combatant ones. Secondly, Hindus particularly would have been reluctant to shed blood and take the lives of those when they looked upon as their brethren. Consequently, India would gone back to being a Dar-ul-Islam, which it had been for many centuries until 1858. The last Mughal incumbent on the throne, Bahadur Shah Zafar was arrested and exiled to Yangon in Burma (then Rangoon), which was when the Islamic world recognised that we had ceased to be an Islamic State.

(This concludes the series on Muhammad Ali Jinnah’s  role in India-Pak Partition.)