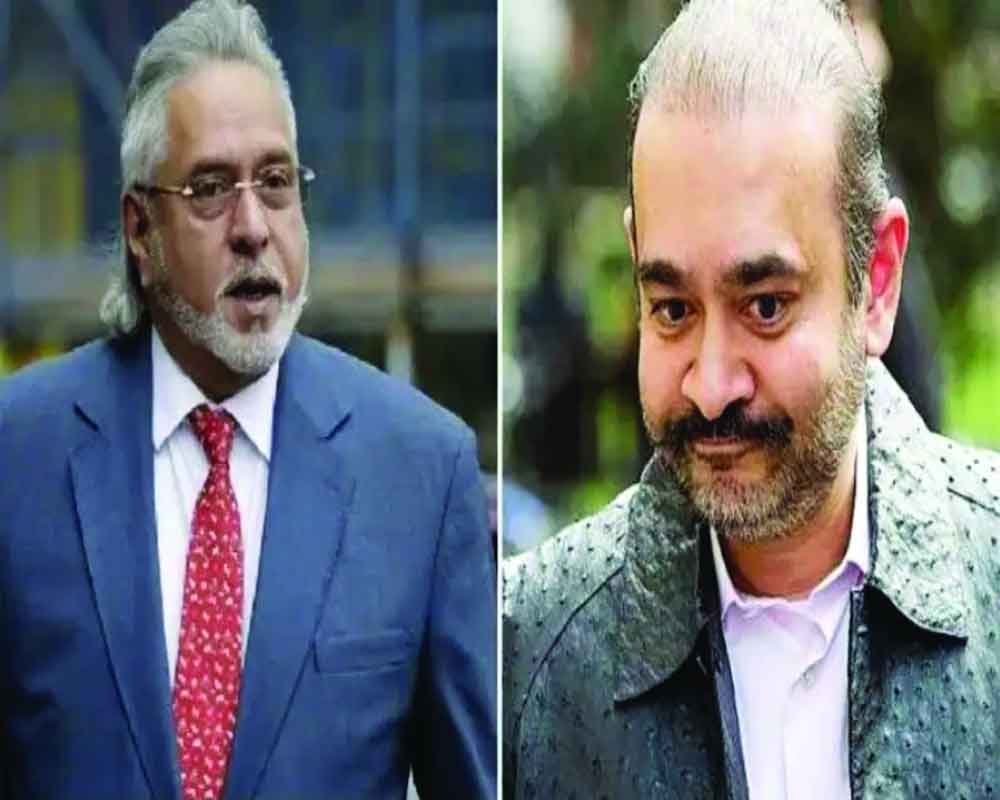 Despite its traumatic past, India is the only country in the East that rejoices in having a “special relationship” with Britain. But the British have never adequately responded to the gesture.

British governments continue to traumatize India by offering a safe haven to the latter’s economic offenders. These fugitives have looted huge public money from Indian banks, siphoned off the funds to overseas destinations, and when the law enforcement agencies nailed them to get back the ill-begotten money, they ended up going to Britain to safely enjoy their looted wealth.

Fugitive billionaire Vijay Mallya of Kingfisher Airlines fame is a glaring instance. He remains on bail in Britain until and unless UK Home Secretary Priti Patel orders his extradition to India to face charges of fraud and money laundering. Mallya has applied to Secretary Patel for considering “another route” to be able to stay in the UK. This has raised widespread speculation that Mallya plans to seek asylum in that country.

Priti Patel has, however, done something big for India: She has approved the extradition of Nirav Modi, the billionaire diamantaire accused of bank fraud in India. Modi is being investigated by India’s Central Bureau of Investigation (CBI) and the Enforcement Directorate (ED) for laundering money in the region of $2 billion and involving loans from public sector Punjab National Bank (PNB). On February 25, Westminster Magistrates’ Court said there was prima facie evidence against Modi, and that there was no reason to suggest that the jeweller would not get justice in India if he was extradited. The judge said there were links between Modi and others conspirators, including PNB officials and top ruling elites in India.

There is another side to this story. It is that many in the present Indian Government and several Indian banks seeking to bring back the looters and prosecute them may be chasing a mirage because of the complexities in the UK legal system. The UK Government trumpets its human rights laws, but how fair is the British justice system? What about human rights and fair justice for Julian Assange? Why is he not out on bail and why does he not have the right legal team to represent his case against his extradition to the USA? The UK has over the years become the most preferred tax haven destination for economic offenders like Vijay Mallya, Nirav Modi, Lalit Modi, murder-accused Indian music director Nadeem, Sanjay Bhandari, the Rana Kapoor family, the Sandesara family, just to name a few.

The Hinduja Brothers, one of India's richest families and their Hinduja Group of Companies remain the most preferred Indian family in the UK, aided and promoted by various British governments in the past. The Hindujas are right now facing major legal problems in Switzerland in connection with a charge of forging a document at a bank. The Swiss authorities believed that there were enough grounds to proceed with their prosecution. The names of the three Hinduja brothers originally cropped up in the Bofors scam as the main middlemen but they managed to get British citizenship in the nick of time. It became a scandal in the UK at that time and a   senior British minister had to resign over rumours he helped one of the brothers, Srichand Hinduja, acquire British citizenship.

Back in India, Aikant Bhatti, a minority shareholder in the Chennai-based Ashok Leyland company and in Hinduja Global Solutions, where Ashok P Hinduja is the Chairman Emeritus, claims that billions of rupees in company funds were used to benefit the promoters. Bhatti has already filed a complaint with the Securities and Exchange Board of India (SEBI) to intervene and probe the controversial activities in the Hinduja Group of Companies. Still, the British government continues to prefer to accord them preferential status.

The case of India’s biggest financial debtor, Anil Ambani’s Reliance Group, is not much different.  The entire business has collapsed and the hard-earned taxpayer’s money has scandalously evaporated into thin air. A few months ago, Anil Ambani deposed before a UK court, in connection with a case filed by a Chinese banking consortium, that he has no money left. The UK Court had earlier asked Anil Ambani to pay $770 million to some Chinese banks for non-payment of loans. It is learned that after the London court's order, Anil Ambani has limited his foreign travels fearing Chinese banks might seek the help of Interpol to issue red alerts for him in foreign airports.

The UK is often cited as “the money laundering capital of the world,” with an estimated £100billion claimed to be laundered through the City of London every year, according to figures from the UK’s National Crime Agency. London has not become the “global capital of money laundering” by accident. Money launderers and those financing terrorist activities have two main requirements. The first, in a city crowded with financial transactions their wheelingdealings will easily go unnoticed.  The second,  it’s a country where the antecedents of businessmen offering to invest by setting up businesses and opening bank accounts are blissfully ignored. Maintaining the secrecy of the ownership of beneficial companies is the main criterion of money laundering. Contrary to what one might think, it is many times harder to obtain an untraceable shell company in tax havens than in rich, developed countries.

At the moment, the UK is a member of the Organisation for Economic Cooperation and Development (OECD) which routinely publishes the list of countries considered a “danger to the international financial system” as well as a “high risk” where money laundering is concerned. The UK, the US, and Switzerland have never been blacklisted. Instead, the usual pariahs of the west-Cuba, North Korea, Iran, and so on, regularly appear on that list along with small states such as Antigua, St Kitts, and Nevis.

These smaller countries are powerless to fight their inclusion on the blacklist. The Caribbean nations have, in the meantime, lost ties with many international banks. We prefer to think that the financial standing of the City of London owes its success to the skills of market wizards honed at the ancient British universities and not the banking brains of nouveau riche criminals.

The politicisation of the blacklisted small islands has enabled London to become the global centre of money laundering.  Clever British lawyers and corrupt bankers twist the truth to save criminals across the globe. The British offshore banking tax evasion is negating the infrastructural growth and prosperity of the countries in the East by facilitating the flight of illegal capital from East to West. Today, India is an emerging global superpower while the United Kingdom is a glorious story of the past. The Narendra Modi government must tell its British counterpart in clear terms that the human rights cover over financial deception will not be tolerated by India and shelter offered to fugitives who have looted billions of Indian taxpayer money will have serious consequences for bilateral relations between the two friendly countries.

(The writer is Editor-in-Chief, Opinion Express. (Inputs from Jo Birring, head of World Homeland Security based in London.) The views expressed are personal.)