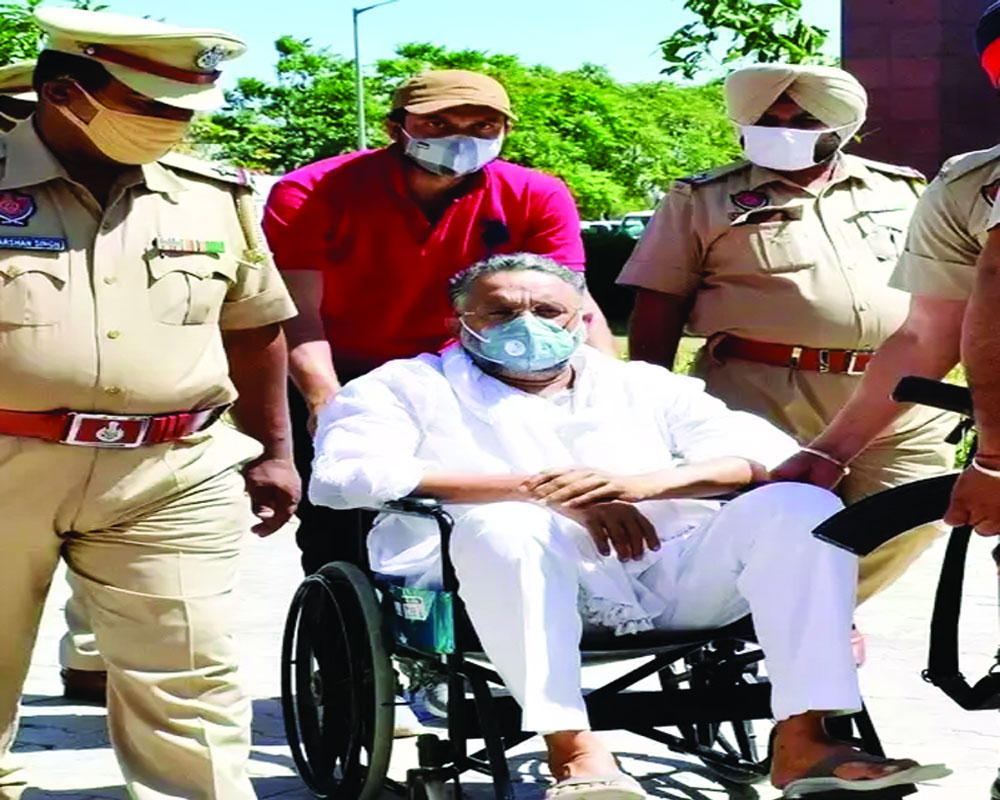 Gone are the days when the jails of Uttar Pradesh used to be his fiefdom — a secure place from where the don-turned-politician allegedly used to operate, giving instructions to his henchmen and sharpshooters. Mukhtar Ansari, whose name was enough to create terror in the minds of police officers, politicians, bureaucrats, businessmen and ordinary citizens alike, has finally been transferred from a Punjab jail to the Banda prison in UP. With it, his nearly two-year “honeymoon” in Punjab is over and, with the Yogi Adityanath Government in the State, he will likely have the taste of a prison in the real sense. Now, he will be treated as an ordinary prisoner and no VVIP guest — in whose service the entire district and jail administration remained in the earlier regimes. His audacity may be gauged from the revelations of a former Director General of Police who recently revealed that Mukhtar partitioned the barrack of Ghazipur jail and made a deluxe suite for himself. Further, a pond was dug inside the jail premises for culturing fish for the don. Even the District Magistrate came over to play badminton with the jailed guest. Those were the days when the don used to travel in a fleet of SUVs, all bearing the same registration number, “786”. The don was allegedly close to at least two non-BJP Chief Ministers and enjoyed their patronage. However, what put Mukhtar at odds with the BJP was the gruesome murder of party MLA Krishnanand Rai in 2005 when at least 500 rounds from Kalashnikov rifles targeted his vehicle.

At the time, Mukhtar was in jail but it is alleged that he masterminded the murder as Rai had defeated his brother Afzal Ansari in the Assembly elections. One of the accused, Munna Bajrangi — who was a dreaded criminal, contract killer and Ansari’s right hand man — was killed in the Baghpat Jail in UP in 2018. The UP Government is cracking down heavily on Mukhtar’s properties, making him want to continue staying in the Punjab jail and the State repeatedly denied his custody to the UP Police on trivial grounds. Eventually, however, after the Supreme Court’s order last month that a convict or undertrial who disobeys the law of the land cannot oppose his transfer from one prison to another, and the courts cannot be helpless bystanders when the rule of law is being challenged with impunity, his custody has finally been given to the UP Police. We can only hope that the criminal, who allegedly tried to strike a deal to procure a Light Machine Gun from an Army fugitive to assassinate his adversaries, sees no light in his prison cell. Further, he should be brought to justice for his crimes and a precedent must be set that nobody is above the law. We hope to see no more cavalcades of SUVs with criminals inside tinted glasses, running amok, brandishing all sorts of weapons and creating terror. It would serve the justice best if all such bhais are shown their real place – behind the bars or gallows.