Military leadership: In the eye of storm

Military leadership: In the eye of storm 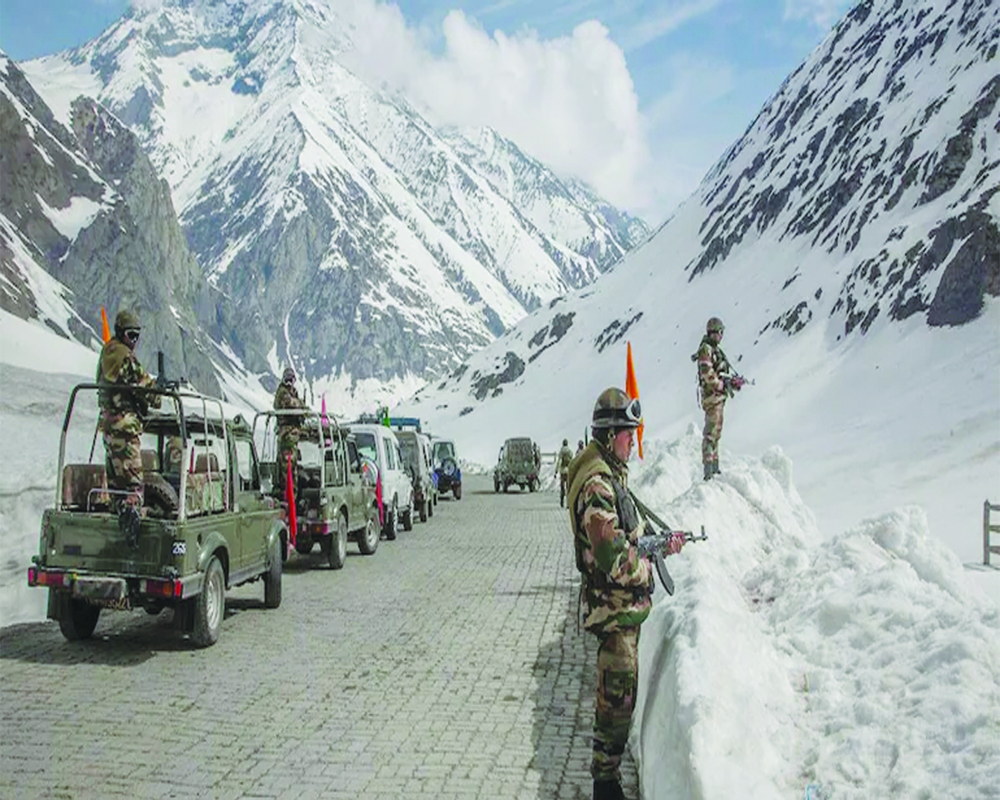 The acrimonious exchanges between both sides on the heels of the 13th Corps Commander-level talks in Ladakh, an exercise in futility and procrastination, have drawn adverse attention to the manner in which the Union Government has kept its own citizens in the dark as to the true state of affairs along the Line of Actual Control in Ladakh and elsewhere. Equivocation has its costs, and the recently released videos and photographs of our personnel taken prisoners at Galwan have left us embarrassed and angered, mainly at the folly and shortsightedness of our leadership for not coming clean on the issue in the first place. All that its rather inept attempts to keep the genie in the bottle have achieved is to play into the hands of the excellent Information Warfare capabilities the Chinese possess, allowing them to shape the narrative to their advantage.

The timing of the release, though, suggests that dissimulation is aimed domestically to counter reports of some PLA soldiers having been temporarily taken captive recently in Arunachal. Of course, it could also be an attempt to embarrass the Modi Government with the Uttar Pradesh elections looming large. Whatever the motive, the truth is that these videos take nothing away from the manner in which Colonel Babu and his men fought like lions after being ambushed by a numerically superior, ruthless and deceitful enemy that had no intention of keeping its word in the first place.

While External Affairs Minister S Jaishankar’s contention that the India-China talks on disengagement are “confidential and a work in progress” has merit, it must be weighed against the citizens’ right to know. That is what differentiates a thriving democracy from the likes of China. Unfortunately, the motive here appears to have been aimed at avoiding accountability, which is not an unexpected phenomenon of politicians, universally. However, on the downside, the misrepresentation of facts makes it that much more difficult to hold to account those responsible for having got us into this mess, thereby only adding to the Government’s credibility deficit.

Be that as it may, what is truly worrisome is the manner in which the military leadership has behaved over this issue, especially its pathetic attempts to hide behind the dhotis of the political establishment. As Manoj Joshi has so succinctly observed, the Chinese, our Government and our troops on the ground know exactly what has transpired and no amount of prevarication can change that. While lies may help in maintaining morale in the short term, the long-term impact is far more damaging on both morale and credibility. Given the fragile state of our senior military hierarchy, already caught in the midst of a debilitating fratricidal war over the establishment of Theatre Commands and the like, this can hardly help.

In the eyes of the average citizen, what distinguishes the military from other institutions is the way it comes across as honest, direct and straightforward, putting national interest above all else. That cannot be said for the manner in which Lt Gen YK Joshi, the Northern Army Commander, claimed that the situation in Depsang, where we face the maximum threat, was a “legacy issue”, implying it had unfolded before the 2020 events. An assertion quickly debunked by former Corps Commanders of the Leh Corps, suggesting the statement was motivated by political considerations.

It must be added that the phenomenon of hiding behind politicians’ skirts is not new. During the Kargil conflict, for example, the top military and civilian leadership first blithely ignored warnings of imminent conflict and subsequently allowed army generals to get away by scapegoating mid-level commanders to hide their own failures. As Praveen Swamy wrote on October 15, 2019, “There are skeletons in the Generals’ cupboards. And until the country gives them a proper cremation, they will continue to haunt the military.”

The military leadership is well cognisant of the fact that the constitutionally mandated primary mission of the Armed Forces is “to ensure the defence of India and every part thereof ” on behalf of the Government. They are also aware that Nehruvian times are long gone and the blame for any military debacle or loss of territory will be squarely placed at their door, more so now that the Department of Military Affairs within the MoD, headed by the Chief of Defence Staff, controls their functioning.

It goes without saying that we are facing an extremely uncertain and tenuous security environment along our northern borders, thanks to the China-Pakistan nexus acting in tandem. After all, it is no coincidence that we find ourselves being subjected to the twin pincers of targeted killings of minorities and attacks against the Army by Pakistan-based terrorist entities on one hand, whilst also facing increasingly threatening rhetoric and posturing by the PLA on the other.

Given the deeply fractured nature of our polity, it is difficult to believe that our politicians will work together for the common good. It therefore falls on our military leadership to once again pull us out of the hole that we find ourselves in. Something feasible only if they stop playing to the gallery and insist on fulfilling their constitutional mandate without fear or favour.