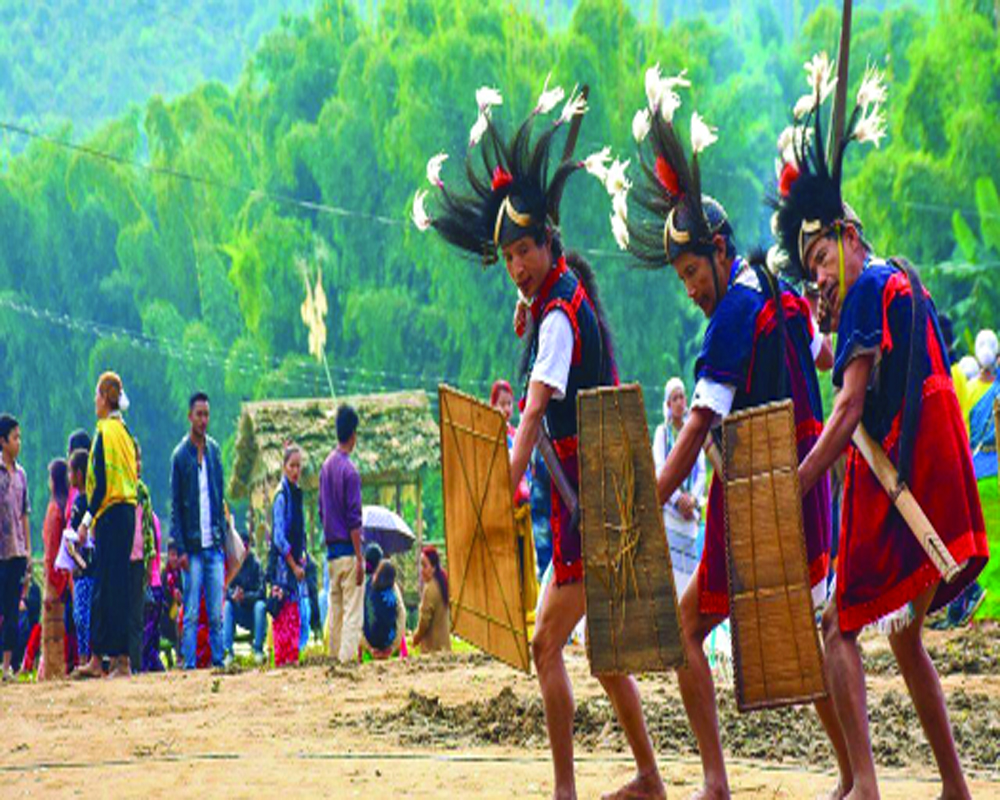 Since English is the preferred medium of instruction, learners have remained aloof from the benefits that come with education in mother tongue

The north-eastern region of India is blessed with unparalleled ethnic, cultural and linguistic diversity.  The land of seven sisters and a brother, it is the most diverse part of the most diverse nation, being home to a number of plain and hill tribal communities having their own cultures, traditions, livelihood practices, language and dialects.

As for linguistic diversity, in Assam, Nagaland and Arunachal Pradesh, around 23, 20, and 15 languages, respectively, are in use and Meghalaya is home to Khasi, Garo and Pnar/Jaintia languages. The languages used across the region belong to five different language families, namely, Indo-Aryan, Dravidian, Tibeto-Burman, Austro-Asiatic and Tai-Kadai. However, these are not recognised by respective governments as official languages.

The pace of development in the region is exerting massive pressure on the autonomous tribal communities. As such, some of these languages and dialects encompassing cherished civilizational discourses have already become ‘vulnerable’ to ‘moribund’.  The contributing factors to the vanishing of languages in the region are better job prospects in English, conversion to Christianity and impact of churches in the choice of lingua franca and inappropriate language policies framed for administrative conveniences.

A mother tongue is vital for design thinking and comprehension and creating the mind-set necessary for holistic development. Moreover, learning in a foreign language also brings a sense of alienation from one’s own culture and heritage leading to an inferiority complex, whereas learning in mother tongue helps develop a better sense of one’s cultural traits. Thus, learning in the mother-tongue is of paramount significance in improving the quality of education. Since English is the preferred medium of instruction in India, learners have remained aloof from the benefits that come with education in the mother tongue. UNESCO has also recommended the use of mother tongue in the early years of schooling to enable children to learn to read and write alongside introducing them to the early mathematical and academic concepts. In order to capitalise on the advantage of learning in the mother tongue, The NEP 2020 emphasises mother tongue as medium of instruction at least up to the fifth standard. This policy also envisages integrating teaching and learning of Indian languages with school and higher education at every level.

It is in this backdrop that the announcement made by Education Minister Dharmendra Pradhan in the recently concluded North East Education Conclave on NEP-2020 organised by Assam Government and Shamkardev Education and Research Foundation for making Guwahati the Language Laboratory of India and for creating safe educational zones is significant. He also emphasised capitalizing on the strength of ethnic, cultural, linguistic, biotic and abiotic diversities of North-eastern region for its emotional integration with the rest of the country.

Thus, the North-eastern States should not adopt English as the State language merely for administrative conveniences but embrace regional languages as State languages as many languages are being pushed to the endangered category without the official status and patronage. Major dialects should be given scripts so as to promote them to the status of languages. The policy of the three-language formula should be revisited to promote regional languages. Dictionaries and learners’ books need to be written for every language and dialect spoken in the north-east. A group of people needs to be trained in languages spoken in the region for the purpose of translation, as is being done for international languages. Customs and traditions should be penned down in every language and dialect.

Skilled teachers for every language should be there for the purpose of teaching and creating ICT enabled e-materials in those languages. High-quality programmes in translation and interpretation should be offered in all the languages of the NER. Every central university in the north-east should be sanctioned a Centre for Preservation and Promotion of Local Languages and Dialects (CPPLLD) for implementing these and other imperatives for preserving linguistic diversity and harmonious inter-relationships of the tribal communities with nature, ecology and cosmos.

We are running out of fuel with the passing away of senior citizens, and without a holistic language policy, languages and dialects are getting increasingly marginalised, causing a decline in our traditional knowledge base about tribal cultures, traditions, livelihood practices, environmental ethics, nature centric development, etc which are necessary ingredients for securing the future of the region.

(The writer is Vice-Chancellor, Central University of Punjab, Bathinda. The views expressed are personal.)