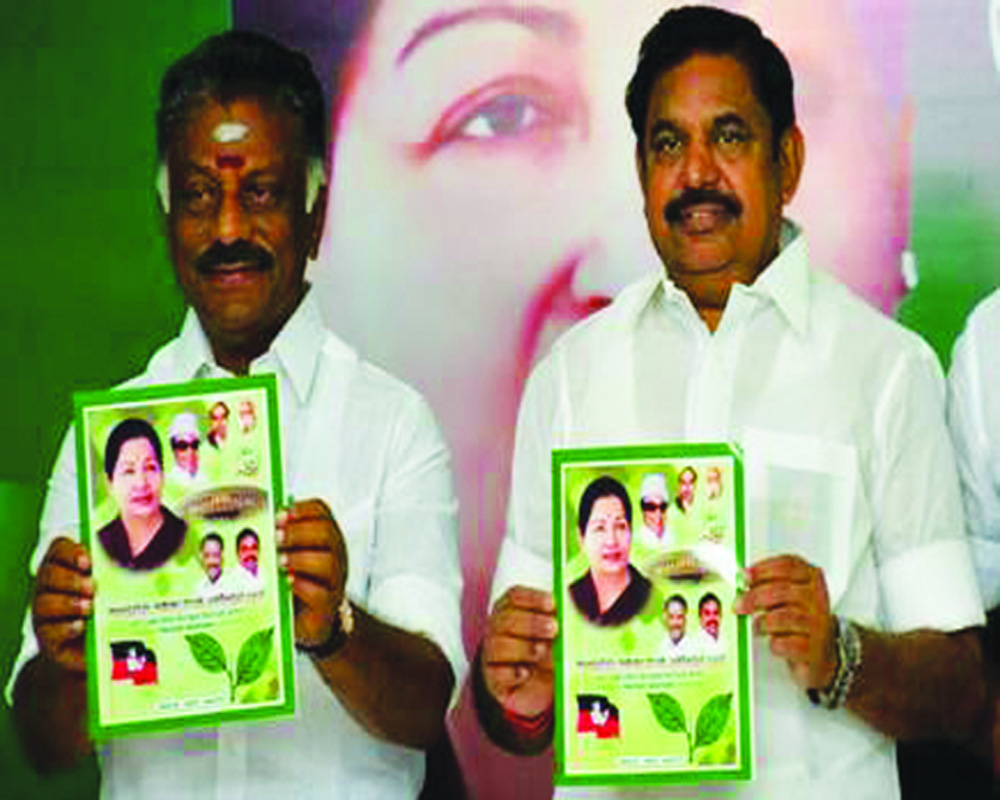 Famous author Emma Goldman once said, “Politicians promise you heaven before elections and give you hell after.” It is true that the rate of compliance with election promises is erratic for most parties after coming to power. So what is the point of coming out with a pre-election manifesto? The political manifesto has a long history as it is a written statement of the beliefs or aims of a party. In 1848, the Communists released their statement of belief; in 1850, the Anarchists released theirs. Then came the Fascists’ manifesto of 1919, propagating the rights of women to cast votes, proportional representation, minimum wages and so on. Political manifestos are interesting because people get a glimpse of what is in store for them if the party they vote for comes to power. In India, the statement of belief is more relevant as political parties are multiplying fast. According to the Election Commission (EC) the total number of parties registered is 2,698, with eight national parties, 52 State and 2,638 unrecognised ones.

With elections to five State Assemblies soon, there will be a shower of manifestos. Political parties, particularly regional ones promise, laptops, cycles, mixers, televisions and even washing machines. National parties mostly promise free electricity or water, waiver of farm loans and so on, to lure voters. In the days of the pandemic, the BJP promised free COVID shots for Bihar if voted to power. The DMK in Tamil Nadu released its manifesto recently with a whopping 500 poll promises. These include a waiver of education loans (for those under 30) and reduced fuel pieces. It promises an allocation of Rs 1,000 crore towards the renovation and conservation of Hindu temples. Party chief MK Stalin announced that the DMK would also allocate Rs 200 crore for churches and mosques. All this from a party with an atheist ideology!

The late Labour politician Peter Shore once described manifestos as “a party’s contract with the electorate.” I once asked then Finance Minister Madhu Dandavate how they would achieve the Janata Dal’s poll promise of waiving loans taken by thousands of farmers. He smiled sheepishly and said, “We promised because we did not think we would come to power so soon.” While offering freebies, the parties do not calculate the cost of implementing them. The Congress and the BJP, the two major political parties, have promised 33 per cent reservation for women in legislatures and Parliament. The BJP’s Sankalp Patra had 75 resolutions and the ruling party is fulfilling its pre-poll promises like construction of the Ram Mandir, abrogation of Article 370 and so on. Before the 2019 Lok Sabha polls, the BJP had also assured that apart from making India the third-largest economy of the world by 2030, it would double the farmers’ income. However, once elected, no party has ever delivered its promises hundred  per cent. The late Andhra Pradesh Chief Minister NT Rama Rao had come up with a single-page manifesto containing promises relating to food, clothing, and shelter and won a massive mandate.  So it is not the number of pledges a party makes but the intention to fulfill them, which matters. In the US, manifestos are policy-based, generally covering the economic and foreign policy, healthcare, governance reform, environmental issues, immigration and so on. President Joe Biden even released a separate agenda for Indian-Americans during his campaign. In many European countries, the manifestos tend to mention more concrete policy choices and their budgetary implications. It is vital to make parties accountable for their promises as the manifesto is a kind of political bargain in lieu of votes. The EC should keep an eye on the nature of manifestos and make the parties agree to the realities before promising things. It is also for the people to reject unrealistic promises. Party manifestos should be legally binding or else they mean nothing.

(The writer is a journalist. The views expressed are personal.)