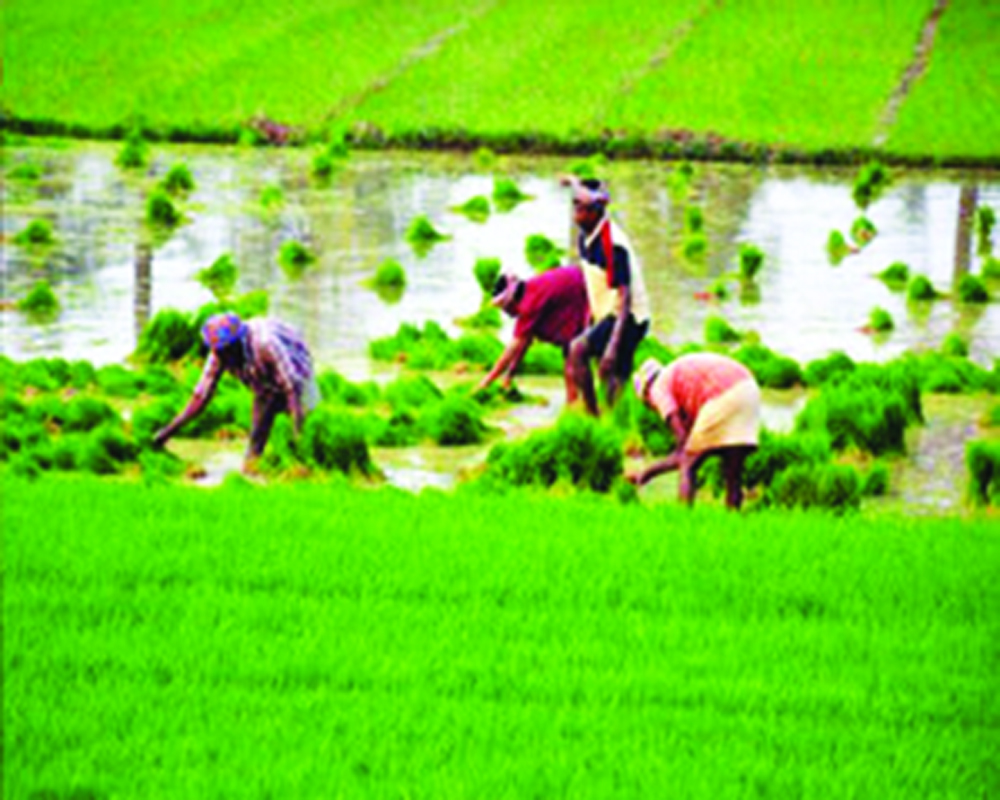 Agricultural and allied activities continue to be the backbone of the Indian economy supporting the livelihood of 60 per cent of the population andcontributing 1/6th of GDP. It used to account formore than half of GDP in 1951.

Small and marginal farmers suffer from the absence of economies of scale, access to information, and their inability to participate in the price discovery mechanism. Their participation is restricted by poor vertical and horizontal linkages, limited access to the market, and poor information flow along the value chain. The challenge now is to optimize benefits through effective and efficient means of aggregation models.

Farmer aggregation assumes significance due to the shift of Indian agriculture towards high-value commodities as a result of the growing importance of the agri-food market caused by liberalization, globalization, improved purchasing power, demand for safe and quality food, and expansion of niche markets.

Integrating small farmers with agricultural markets is a big challenge. Many forms of farmer producer organizations have been experimented with like cooperatives, self-help groups, Farmer Producer Companies, and commodity interest groups to aggregate farmers to help them benefit from economies of scale and to link them to the markets.

Contract farming and direct marketing are other institutional interventions that can be undertaken by organised groups of farmers. I have come across even Whatsapp groups being used to connect farmers and consumers, bypassing middlemen and getting better pricesfor farmers. A Farmer Producer Company (FPC) seems to be the most useful for the aggregation of small farmers. The FPCs offer more benefits compared to other formats of aggregation. Its members are able to leverage their collective strength and bargaining power to access financial and non-financial inputs and services and appropriate technologies leading to a reduction in transaction costs.  They can tap high-value markets and enter into partnerships with private entities on equitable terms.

The performance of cooperatives has been generally poor with the exception of cooperative sugar factories and dairy cooperatives in Maharashtra and Gujarat. Amalsad cooperative Society for sapota and farming cooperative Gambhira in Gujarat, MAHAGRAPES in Maharashtra, HOPCOMS and CAMPCO in Karnataka, Mulkanoor womens’ cooperative groups in combined Andhra Pradesh, etc., have performed well. These successful models could not be emulated else where in the country. In Budget 2019-20,the government announced new central sector schemes to facilitate the formation and promotion of 10,000 new Farmer Producer Organisations (FPOs) and handholding of each FPO for five years from its aggregation and formation.

Rainfall deficit, unseasonal rains, floods are natural and continuing risks. Agricultural production has increased but productivity is generally lower than international benchmarks. Water-use efficiency is particularly low. Some progressive farmers are de-risking themselves by diversifying their produce. However, many relatively well-off farmers continue with water-guzzling crops like rice and sugarcane in water-deficient regions. How to incentivize farmers to move away from the over-production of cereals (particularly rice and wheat)? How to go about agricultural diversification to boost oilseeds, protein, and fruits/vegetable production? These are policy challenges.

Rejuvenation of our agricultural sector needs appropriate diversification and value-addition and loosening of outdated controls on agricultural markets. It is hoped that protests against the farm laws -misguided or mischievous or partly both - abate soon and a sensible farmer leadership works on connecting farmers with FPOs. Farmers' apprehensions about the entry of big corporates can be addressed if they become members of the FPOs.

(The writer is former Special Secretary, Ministry of Commerce and Industry, GOI. The views expressed are personal.)