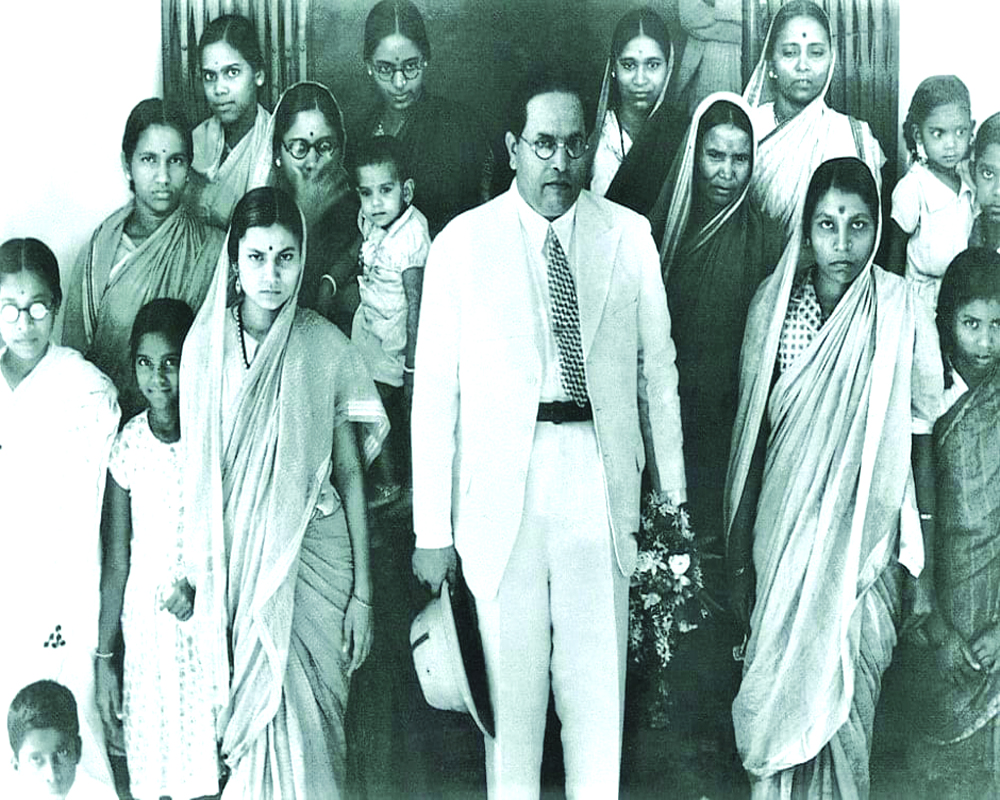 A few years ago, a major English TV news channel in the country started a drive to choose the “Greatest Indian” through online and  mobile voting. The people of the country chose Babasaheb Bhimrao Ambedkar as the “Greatest Indian.” This is Babasaheb’s greatest legacy. Unlike other leaders, he is still as relevant in the hearts of crores of Dalits and those who fight for a dignified life for underprivileged Indians, as he was in his time. As the country celebrates the 130th birth anniversary of Babasaheb on April 14, Ambedkar’s struggle and values continue to inspire Indians and even the Black community in the US and others fighting discrimination across the globe. Ambedkar was different from other leaders in the sense that he encouraged the underprivileged to get their rights through education and political struggle. Despite all the protests, insults, reproach and neglect, he did not tread the path of violence and never dreamed of destroying the system. Staying within the confines of constitutional commitments, working within the system and changing it from within, were the hallmarks of his struggle.

Babasaheb was not only the principal architect of the Indian Constitution, he firmly believed in the role of constitutional values in keeping the democratic system alive. Education, democratic struggle and unity were the core of his philosophy. He drew the path between socialist philosophy and communism for social justice. After the Round Table Conferences in 1931, the British proposed a separate electorate. When Madan Mohan Malaviya spoke to Babasaheb in this regard and envisaged its wider implications on Hindu society, Ambedkar agreed to have a more consistent reservation system for Dalits in place of a separate electorate. Thus, the historic Poona Pact of 1932 was signed. Ambedkar always fought for social justice and said that the scriptures that approve untouchability needed to be seen in the light of new knowledge. Ambedkar did not seek equality, fraternity and freedom only for the Dalits but also tried to bring the entire Indian society under the umbrella of his great ideals. When Pandit Nehru went back on his promise on the Hindu Code Bill, Ambedkar resigned from the Cabinet. Currently, while there is intense churning on its role in ensuring democracy and social justice on a global scale, Babasaheb has become more relevant than ever.

The values of dialogue, constitutional struggle and constant coordination are now playing an important role in making the present system more effective. Babasaheb had also made similar efforts in the process of nation building. Just as the Government is working to re-establish India as the “Vishwa Guru”, Ambedkar, too, constantly strived for a global stature for Bharat. He was opposed to the prominence of competitive allegiance of religion, culture, caste and language. He believed that this made it difficult to cultivate Indianness and loyalty to India. He said, “I want people to be Indian first and to be Indian till the end, nothing but Indian.”

Following in his footsteps, the Centre is not only ensuring social justice, but is also striving to bring the underprivileged into the mainstream through economic empowerment. ‘Start-up India’, ‘Stand-up India’, the National Scheduled Castes Finance and Development Corporation and scholarships for secondary and higher studies, are all efforts in this direction. On April 14, the whole world will salute Babasaheb, the true son of the nation, and his contribution towards nation building will be remembered. However, the younger generation must not only follow Babasaheb’s ideals on his birth anniversary but every moment of their life.

(The writer is Minister of State, Social Justice & Empowerment and Jal Shakti. The views expressed are personal.)