States vote for new economy; will Mamata lead the Oppn?

States vote for new economy; will Mamata lead the Oppn? 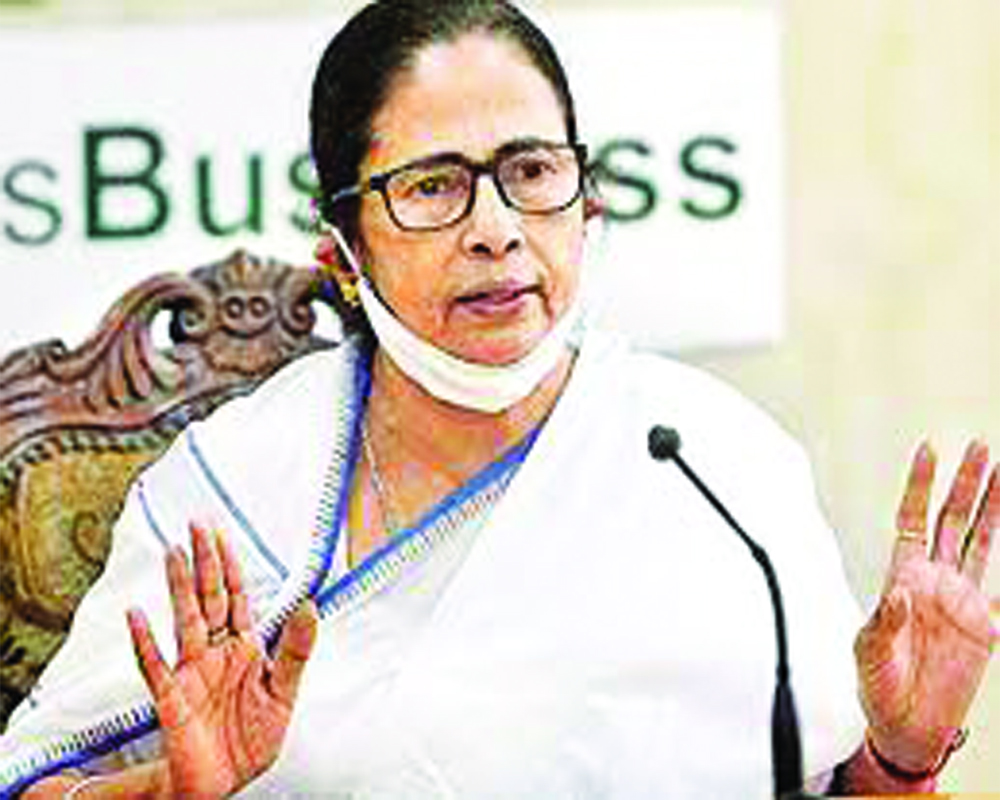 The recent Assembly election results reflect more than politics. Indian voters have larger issues and economy is at the core of their concern. Tamil Nadu, Kerala and West Bengal have separately endorsed a new economic course for the nation.

The eastern State definitely remains at the centre of attention. A hawai-chappal wearing and white sari-clad Mamata Banerjee has virtually challenged the dazzling development model that has put India’s public sector on sale and is engaged in a visual extravaganza of over Rs 30,000 crore (in reality possibly over Rs 50,000 crore) to change Delhi’s central vista. Nobody explains why that should be a priority instead of creating a strong healthcare sector and hospitals capable of producing their own oxygen.

Populist largesse of Mamata for women, youth and Duare sarkar (Government at the doorstep), the Dravida Munnetra Kazhagam (DMK’s) welfare policies in Tamil Nadu or the Left alliance in Kerala, when studied closely, virtually refutes the “aggressive privatised development” model of the Centre. All these States have voted against farm Bills that seek to create large house monopolies, junk scrapping policy of poor man’s vehicles, high fuel prices, fares, tolls, taxes and so-called user charges. The vote endorses that the country has more poverty to address than create cosmetic central vista that serves none but a few, big corporate houses. They have together rejected ‘Manmohanomics’ — that ended up in a political disaster for its proponent, the Congress, and its follower, the BJP. The people are pitted against the disinvestment of prime banks, LIC, financial institutions, defence establishments and others with a target of  Rs 1.75 lakh crore in 2021-22. This is lower than Rs 2.1 lakh crore it hoped to garner through divestment in 2020-21; an admission of failure of the Government bid. This failed economic concept is rejected now by the voters.

While in Tamil Nadu the change was inevitable, Kerala not very surprisingly voted for the Left front, following people’s perception that the Government was delivering. The voters equally perceived that the Congress-led UDF was incapable of opposing the BJP’s onslaught for privatisation, now a national concern. So, the LDF has returned with a bigger mandate.

The massive vote surge in West Bengal for the Trinamool Congress was not possible if the people did not perceive the Centre’s economic policies as a grave threat. The Left-Congress, the TMC and even a section of the BJP voted for economic policy changes that, ironically, Mamata Banerjee symbolises. The 47.93 per cent votes for TMC up from 43.3 per cent in 2019 and reduced numbers of votes for BJP to 38.13 per cent from 40.2 per cent in 2019 says a lot. The loss of all other parties was a gain for the TMC. It has also busted the myth that West Bengal votes along communal lines. The wash out of the Left and Congress for its alliance with the highly communalised ISF is enough testimony. This also proves that West Bengal votes for social and economic issues and rejects any polarisation, barring some exceptions, either for Furfura or Ram. Another noticeable aspect is the vote for Netaji Subhas Chandra Bose whose anniversary the BJP celebrated as Parakaram Diwas  and Mamata as Deshnayak Diwas.

Surprisingly, nobody pointed out this incongruity which Mamata aptly encashed with a heightened nationalistic presentation - a message went out strong that the Centre is not only disrespectful to Netaji, but is also blatantly promoting some private houses. No wonder that some days later the Rafael bribery charge revived as an issue following a French Government exposure. India is not against private companies. Many have contributed significantly; many enjoy people’s trust and have set standards. The nation, however, is against overt domineering by any group. The present elections have exposed that. The country wants privatisation neither at the cost of the public sector nor does it want to get it enslaved to any private player.

In the UP’s panchayat elections, the BJP gets only 580 against Samajwadi Party (SP) 782, Bahujan Samaj Party(BSP) 361, Congress’ 61 and 1266 others. So, will this election lead to an overt cry for economic changes? The rightist centrist party is too inclined towards the corporates and may not bring about the changes. But the opposition though too has its corporate connections and may try to forge an alliance to clinch a political change. Its leadership is not yet obvious. Mamata may emerge as one but her all-India acceptability may not be easy.

Some like Akhilesh Yadav have spoken for her. Either way, a change of guard may be inevitable. The combine would have to come out with a new economic policy - against privatisation and for strengthening the people’s economy; one may call it socialist or by any other name. It has to be contrary to a centrist, aggressive privatisation that the present rulers are trying to dispense. India is at the threshold of an economic and political change. It may gel before the Uttar Pradesh Assembly elections next year.