Striving for a drug-free india

Striving for a drug-free india 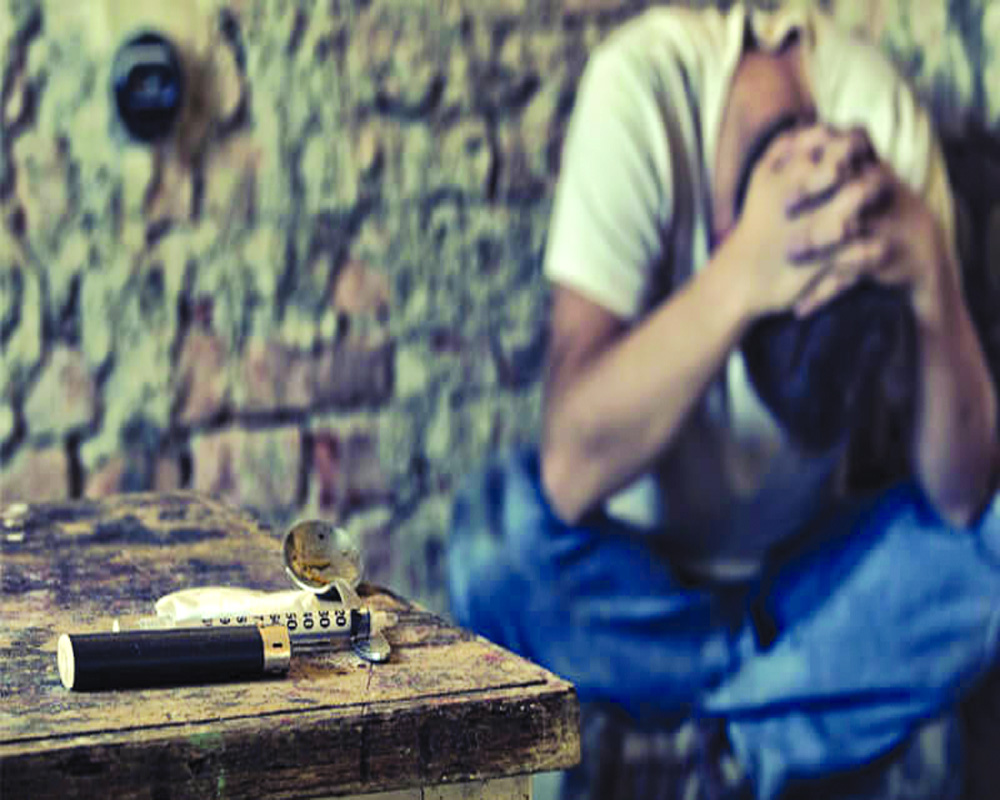 Every year, the birth anniversary of Mahatma Gandhi is observed as the National Anti-Drug Addiction Day to honour his commitment towards eradicating the menace of drug and substance abuse. Prime Minister Narendra Modi has also time and again highlighted the perils of substance abuse and stated that it is a dangerous disease which traps a person in a never-ending vicious cycle. Unfortunately, this menace is on the rise as is evident from the findings of the ‘National Survey on Extent and Pattern of Substance Use.’ Even after 73 years of Independence, we frequently come across news reports of college students getting addicted to drugs or police nabbing drug peddlers near a school. It is seen that addiction typically starts with alcohol, moves towards nicotine and ganja and then graduates to hard substances like cocaine, MDMA and so on. The situation is grave and demands immediate attention. It is in this spirit that a concerted three-pronged attack in the form of the ‘Nasha Mukt Bharat Abhiyan (NMBA)’ has been launched to crush the hydra-headed monster of drug abuse.

The NMBA, which was launched on August 15, 2020, targets 272 districts which have been identified as most vulnerable, based on inputs collected by the Government. Considering the heightened adverse impact of drug abuse on the youth, the focus of the NMBA is more on schools, higher education institutions and university campuses. Consequently, youth groups such as the NSS, NYKS and NCC have been roped in to reach out to the target population. Modi’s message that “drugs are not cool” is being effectively delivered through these channels.

Also, community-based services are being provided for the identification, treatment and rehabilitation of addicts through voluntary organisations. The Government is providing financial assistance to NGOs for running de-addiction centres. A 24x7 national toll free helpline has been instrumental, especially during the lockdown period, in providing help to victims of drug abuse, their family and society at large. Outreach and drop-in centres (ODICs) with provisions of counseling, assessment, screening  to provide safe and secure drop-in space for drug users are being developed. Apart from these facilities, referral and linkage to rehabilitation and treatment services to work for various dependents will also be offered.

Taking cognisance of the fact that addressing the problem of drug abuse requires concerted action at different levels of the Government, the Ministry of Social Justice and Empowerment has asked State Governments to plan specific initiatives, taking into account local considerations and devise specific and suitable strategies for drug demand reduction in their identified areas. Accordingly, a decentralised monitoring mechanism in the form of district-level committees has been formed to maintain the pace and momentum of the NMBA.

The commitment of the Government towards eradicating this social evil is evident from the increased outlay of Rs 260 crore from a meagre Rs 49 crore in 2017-18. The Ministry is implementing a comprehensive National Action Plan for Drug Demand Reduction through the multi-faceted approach of education, de-addiction and rehabilitation. With the programme picking up pace, the mission is gradually turning into a social movement involving the youth and society at large.

With the hard work, commitment and concerted efforts of the Government, society and voluntary organisations, India will be able to celebrate the International Day Against Drug Abuse and Illicit Trafficking in the month of June in right earnest and realise the vision of Mahatma Gandhi of a drug- free society in coming years.

(The writer is Minister of State for Social Justice & Empowerment and Jal Shakti. The views expressed are personal.)