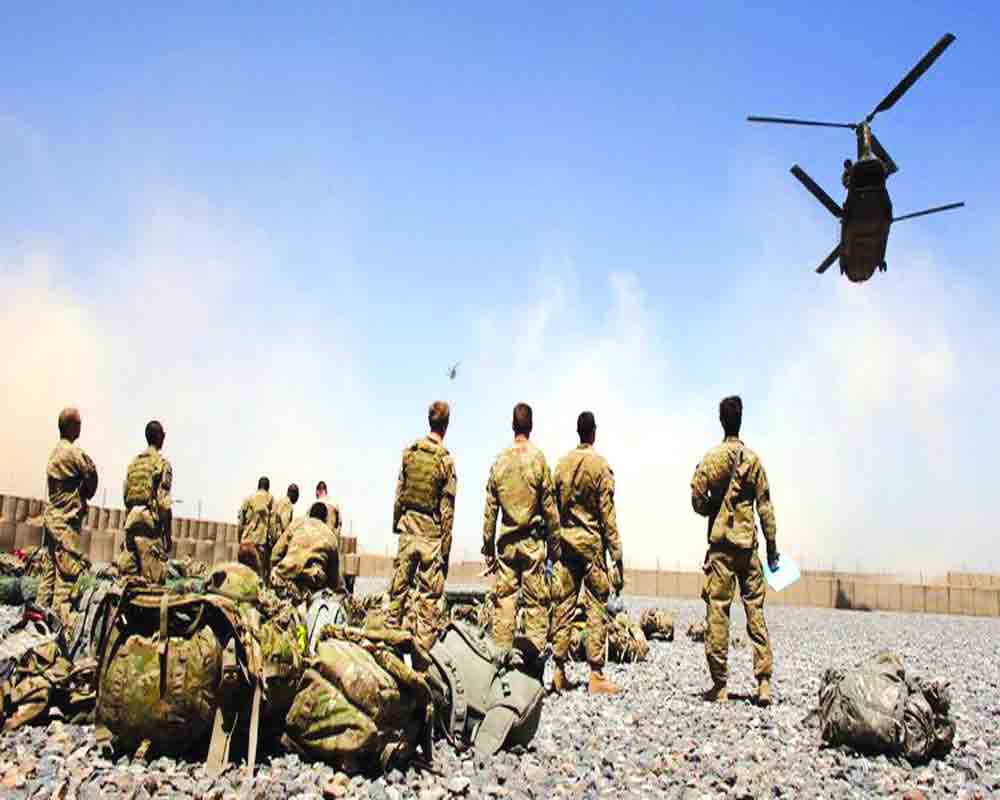 The Taliban's resurgence in the wake of the ongoing withdrawal of US troops has raised concerns about a civil war in Afghanistan that will have regional consequences. Both Pakistan and China are disappointed with the "sudden" US withdrawal despite blaming Washington for being a 'foreign power' in the region. The regional dynamics of the US exit are immense. The factors of historical animosity as well as current conflict of interests leading to a security dilemma between various armed groups in Afghanistan will have disruptive consequences for all.

From an Afghan perspective, the ethnic divisions are an important contributory factor in how the region would be a few months from now. For instance, the renewal of the hostilities between the Hekmatyar and the other Taliban faction; Shia ethnic groups Hazaras and the Taliban, and the role of others such as Tajik minorities can create an upheaval in Afghanistan.

Pakistan, on the other hand, aims to maintain its stronghold in the Afghan Taliban through the use of Tehreek-e-Taliban Pakistan (TTP), Haqqani network, Quetta Shura, and other militant groups such as Lashkar, etc. As far as the Chinese are concerned, issues range from the Xinjiang uprising, its investments worth$60 billion in Pakistan, and Afghanistan's Ayank copper mines and other projects in Central Asia. For the Russians, the idea of its 'strategic backyard' has been well-founded.

The fates of Pakistan and Chinaare intertwined. A haunting fear in Pakistan is its disintegration. Islamabad already faces issues such as divergences between its army and the Baloch people on issues of employability in projects, exploitation of the innocent Baloch and other tribal girls by the Chinese contractors and workers by luring them into false marriages, apart from the usual ethnic conflicts. The Balochs who seek to establish a separate state have all the intentions to support the Pashtun Taliban to counter Pakistan'smilitary forces.

The Taliban has soldiers from various Islamic sects but its leadership is predominantly Pashtun which dislikes the subordination of Pashtuns by Punjabis in Pakistan. The surfacing dissatisfaction between these two groups will have consequences for Pakistan's North-Western and Southern borders. This is despite the influence that Pakistan exerts throughTTP. Consequently, the Pashtuns have organised themselves under the Pashtun Tahafuz Movement (PTM) movement. The PTM and the Baloch movements are set to be reinvigorated by active military support of the Pashtun Afghan Taliban to act against Pakistan's interests.

Beijing's mistake was to envision a 'Chinese Dream' on the shoulders of the US military presence in Afghanistan and elsewhere which both Donald Trump and Joe Biden well understood. Although the announcement of withdrawal was a difficult decision, yet, I believe it is a probable encirclement of China. The beginning of it was made in 2020 when the US decided to quit Afghanistan and subsequently removed East Turkestan Islamic Movement from the list of terrorist organisations. Through its economic investments and projects across Central Asia, it was until now the main beneficiary of the US military presence in Afghanistan. Today, it suddenly finds itself running out of options if the Taliban takes over Afghanistan.

China's strategic hesitations to engage the Central Asian Countries on difficult issues might take a toll on its investments. The immediate challenge for both Pakistan and China iswhich of the Taliban sects to support. The primary threat for Beijing is the possibility of Islamic terrorist groups sneaking into Xinjiang via Tajikistan and Pakistan. After all, they have to be diverted somewhere so that Pakistan's society is not de-stabilized.

In case China goes ahead with its military strategies in Central Asia, such as acquiring bases in Afghanistan, Russia might consider scaling down its engagements with Beijing. After all, it is the strategic backyard of Russia. It is for the same reason that despite India being a 'strong ally' of the Soviet Union in the past and with no historical border issues, the Indian Air Force was denied basing rights on Ayni and Fakhror air bases in Tajikistan due to a strong Russian influence. Will Russia then accept China's military presence?  The best that China can hope foris to acquire bases through its debt trap policies by luring the Taliban; but their safety also would be dependent upon the goodwill gestures of Taliban and other terrorist organisations, on which surely Beijing cannot ever rely.

Problems for Pakistan and China do not end here. Although Pakistan played a role in bringing the US and the Taliban to the talking table, it has refused to host the US military. It had already betrayed Washington by extracting billions of dollars in military and financial aid by simultaneously hiding Osama Bin Laden. The existing strategic cooperation between the West and Pakistan seems to be fast eroding. The sword of FATF continues to haunt Islamabad. It is much expected that fundamentalist factors in Pakistan will gain substantially and the country might slip more towards a failed state. In case Pakistan is blacklisted by FATF and is isolated, is China willing to financially take the burden of feeding the people of Pakistan and to take care of its daily needs? And if yes, for how long would it continue the 'overstretch' of its commitments? While China might exert controls and lay down conditions for its continued economic assistance such as local unhindered access to its Projects which include security from violent attacks, Pakistan is surely going to face heat in case it fails to provide meaningful security to China.

China faces another major issue at an international level. With the US-China relations already on a downhill, the decision to transform the Pacific Command to a US Indo-Pacific Command (INDOPACOM) has raised its security dilemma. In the coming days, if Quad is institutionalised, one will see more joint patrolling of the crucial SLOCs in the Indian and the Pacific Ocean to ensure the safety of the sea routes as well as the fibre optic submarine cables that are very crucial for the economies of Africa, Asia, and Europe.After being surrounded on multiple fronts, its aggressive posturing might increase due to which it might take a few wrong decisions.

There is anxiety at a regional level as the US prepares to exit and there are a few questions that follow. For instance, will the international organizations and nation-states diplomatically recognise the Taliban? Under what domain of international law -- whether public or private -- do the agreements with terror organizations fall? If the Taliban fails to get international recognition, then is China willing to put at stake billions of its currency just based on the verbal or written assurances of the Taliban and jeopardise both its investments and people? Will the policies of the Chinese 'debt trap' work out with the Taliban? The answers to these questions are not easy to find for they do not even exist in the domain of international law.

In the coming few months the world may witness a blood bath in Afghanistan and its neighbouring countries and how the 'game' evolves is best left to time. But in due course, Pakistan and China might probably find themselves in a self-created labyrinth and the directions of future engagements for countries like India, the US, and Russia would be clearer.