The passing away of Gen Rawat is India’s shared grief

The passing away of Gen Rawat is India’s shared grief 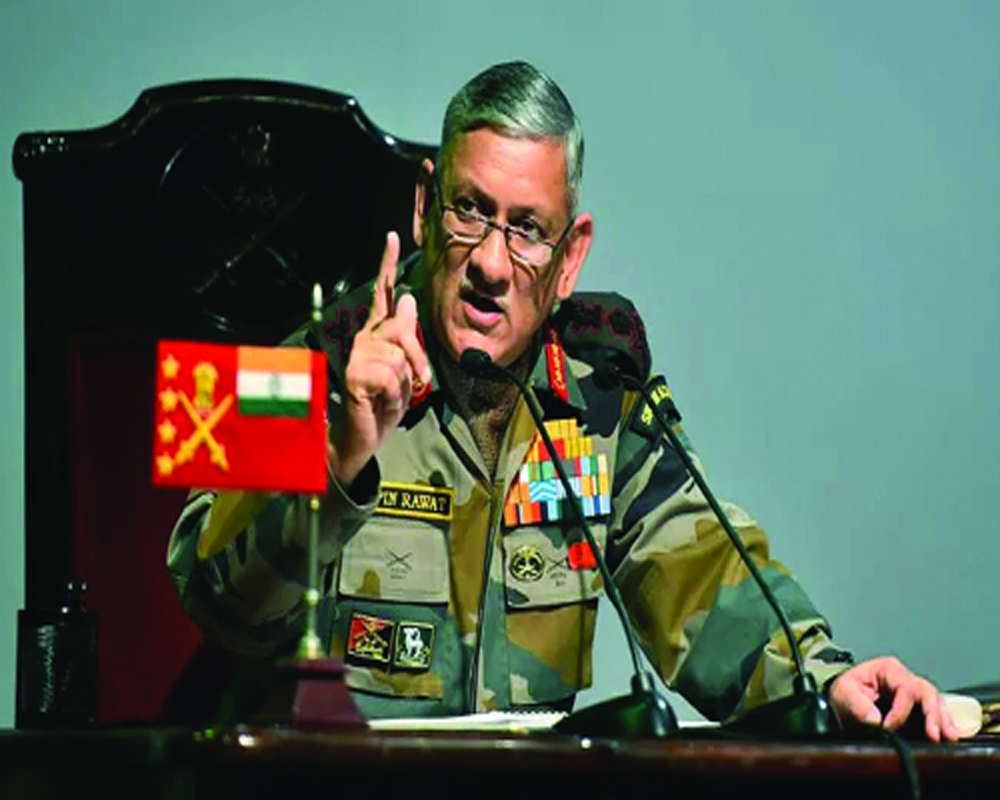 A decorated soldier and a strategist par excellence, General Bipin Rawat, the first CDS and a "go-getter" in his words and by his actions, is no more. I did not share camaraderie with Gen Rawat but I had the pleasure of meeting him on a number of occasions; one such being on August 2 this year at his South Block office in New Delhi. Khadi and Village Industries Commission (KVIC), which I head as its Chairman, had conceptualized making the world’s largest National Flag made of Khadi fabric. Making the flag of a huge dimension — 225 feet long, 150 feet wide and weighing 1400 KG —  was not a challenge for KVIC artisans, but displaying it with full honour and dignity definitely was. I reached out to Gen Rawat seeking his advice and army support to display the flag in all its glory.

Upon reaching his office, I was received by Brig LS Lidder, the Defence Advisor to the CDS who also lost his life by the side of the CDS yesterday, who took me to Gen Rawat. In no time, Brig Lidder impressed me with his deep knowledge and love for Khadi.

The meeting with Gen Rawat started by introducing the concept of the Monumental National Flag, its dimensions and significance in the celebrations of the 75 years of Independence. I gave him a few ideas. Gen Rawat appreciated the ideas and quickly said "You just prepare the Flag and give it to us; I take the responsibility of displaying the flag across the country with full honour". The sheer hard work of the artisans that had gone into making this flag and its symbolism in the 75th year of Independence was deeply appreciated by Gen Rawat, who instantly offered to become the custodian of the monumental National Flag. Gen Rawat fully understood this flag would play an essential role in instilling the feeling of nationalism in the youths and boosting the morale of the defence forces.

In the same meeting, it was decided that the flag would drape a hilltop in the borderlands of Leh. He also promised to display the flag on Air Force Day, Navy Day and Army Day. Gen Rawat also suggested displaying the flag in Arunachal Pradesh along the Indo-China border and also cruising it all along the Indian coastal stretch using naval ships. KVIC handed over the flag to the Indian Army on September 19, at Mumbai.

In my other meeting with Gen Rawat, I was surprised to know that in just 15 days, he got examined all my suggestions for displaying the flag and explained to me at length the feasibility of displaying the flag at Signature Bridge in Delhi, Bandra-Worli Sea Link in Mumbai, and flying it over Rajpath. Trials of displaying the Monumental National Flag were conducted in the air as well as on the sea. He knew the significance of this large national asset and exuded unparalleled commitment and dedication to the cause. The flag was airlifted from Mumbai to Leh where it was unveiled on October 2 to commemorate Gandhi Jayanti. The flag was later taken to the Hindon Airbase at Ghaziabad on October 8, to mark the celebration of Air Force Day.

I requested him to display the flag at the Red Fort in New Delhi on completion of 100 crore vaccinations in the country, which he readily accepted. The next destination was the Western Coast in Mumbai, where the Indian Navy displayed the flag on 4th December to celebrate the Navy Day.

All through this, I was constantly in touch with Gen Rawat over phone and every time I spoke to him, I discovered the depth of his patriotism.

I can say with full authority that without the personal vision and support of Gen Rawat, thousands of people of the country would not have watched their flag command some coveted national spaces in Delhi, Mumbai and on several other proud monumental locations. The world’s largest national flag will continue to fly and drape many more national monuments across the country during this year.  And every time we display it to the world, we are reminded of a distinguished servant of the nation in whose mind nothing stood higher to the cause of our collective security.

KVIC joins me in expressing deep condolences on the passing away of General Rawat, his wife and all other defence personnel who lost their lives by his side.  We wish peace to a soul that helped the citizens of this nation for four decades to live in peace.

The writer is Chairman, Khadi & Village Industries Commission. The views expressed are personal.)