The rise of OTT: A great push to acting as career option

The rise of OTT: A great push to acting as career option 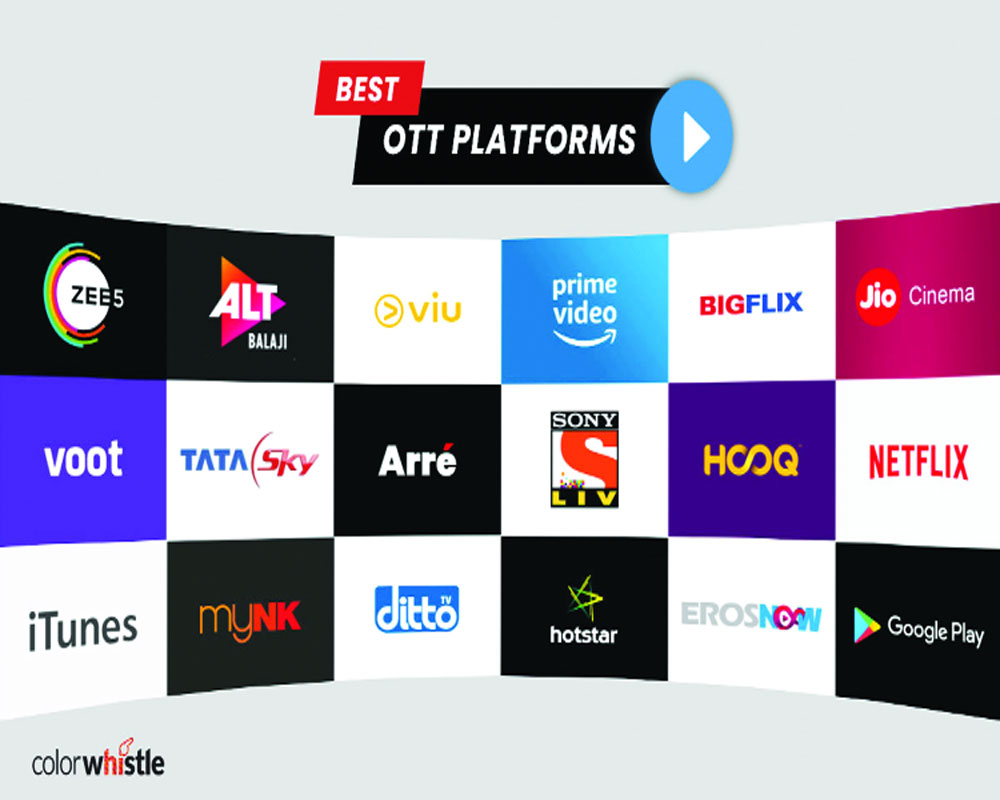 India is the largest producer of films in the world and Bollywood alone is approximately a $ 2.5 billion industry. Further, the cine industries in south India, Kolkata, Punjab and now in Haryana and Uttar Pradesh (UP) are also producing movies. Not to mention, pan-India television channels and ad films. These provide enormous employment opportunities to actors, directors, cinematographers, screenwriters and so on.

The extended lockdowns witnessed the emergence of over-the-top (OTT) platforms that disrupted the traditional entertainment sector and has changed the overall scenario in a significant manner. It made movie-watching convenient, accessible and affordable across a wider segment of the users. Anybody with a mobile phone and an internet connection can catch up with a movie sitting anywhere in the world. ALTBalaji, for instance, performed the best in 2020 as its direct subscription grew cent per cent amassing 8.5 million monthly active users and 35 million plus cumulative subscribers in this period, with most of its new audiences coming from Tier II and Tier III cities.

The OTT is a generic term used in telecom industry which means all services that are offered over and above what a cell phone already comes with. It usually refers subscriber-based web-streaming platforms in India whose growth curve looks steeply inclined. The OTT industry itself is only around four years old in India.

Netflix was the first mover, followed by Amazon Prime Video and then more than 40 other OTT platforms. Amazon was the first to commission Indian originals. Netflix entered the domain of local content right after.

Amazon Prime Video has approximately 17 million paying subscribers, second only to Disney+Hotstar at 18 million, while Netflix India has five million and Zee5 has 11 million plus subscribers. With internet reaching the semi-urban and rural areas coupled with affordable data plans, new players have entered the game, including Hoichoi, Ullu, Addatimes, Sun NXT and MX Player. The growth potential can be estimated when one considers that there are 625 million internet users and 836 million TV viewers in India alone.

Digital streaming companies are spending heavily to keep the growth going. Worldwide spend was around $21 billion in 2017, which is expected to more than double by 2022, according to ‘Asia on Demand’. Content spending by Asian operators is expected to reach $10.1 billion by 2022, from $2.7 billion in 2017. The Indian OTT market is projected to reach $5 billion by 2023. With their huge spends, a show on Amazon or Netflix brings legitimacy, not just within the industry, but also outside. Besides digital ads, they put up hoardings all over the city, just like cinema!

The OTT has also changed all previous casting practices and now even films want and need new, unique, different talents for the sake of freshness and spontaneity. This revolution in content creation and its consumption has led to a huge demand for careers in film acting as also in show-running.

Actors work with directors, writers and technicians to create content for cinema, web, OTT, television, advertisement, stills, video and so on. Actors must be able to work for long hours to meet the deadlines. They must also be comfortable doing a wide range of scenes and playing various roles.

With the popularity of OTT platforms growing manifold, the Indian entertainment industry is looking forward to hire talented actors who have skills as per the demands of the industry. Casting, however, is no longer about just checking portfolios and doing auditions. Today, it is also about checking the social media credentials of budding actors, checking auditions on YouTube and doing a whole bunch of things to get the right person for the right role.

Another career that OTT has thrown up is that of showrunners. A showrunner combines the responsibilities of a director and a producer, shouldering the creative and management responsibilities of a web show production. Unlike commercial cinema, creating OTT content irrespective of genre is a much more collaborative process, often employing multiple writers and directors to work on a series or film. This allows for more perspectives and talent to come together for a particular show or film and create a more engaging and enriching experience for the audience.

The showrunner acts as a bridge between the OTT platform and the team responsible for making the show and also makes sure that the show comes in on time and exactly as visualised by the producer. They are very highly paid and usually, a top showrunner is also the lead writer.

The glamour, money and razzmatazz of this emerging career are bringing people by the hordes to this profession and a lot many people are opting for the career which is steadily growing.

The writer is theVice-Chancellor, World University  of Design. The  views expressed are personal.