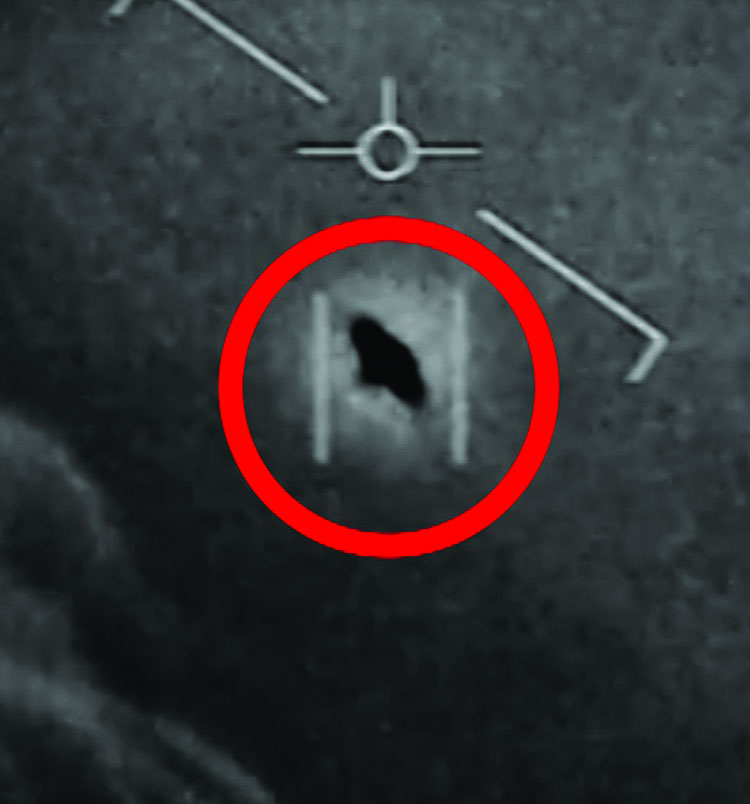 Then there are all the suggestions that the UFOs are optical illusions, meteorological phenomena or electromagnetic events

The Silly Season has come early this year.  Normally it happens in August, when wicked people all over the northern hemisphere temporarily stop doing evil things to take their children to the beach and enjoy the last of the summer. With no bad news to report, desperate journalists will run any story, however silly.

Why is it Silly Season in June this year? Because the US Department of Defence has announced that it will release a report on 'Unidentified Aerial Phenomena' (UAPs), which is what people who want to sound grown-up say instead of 'Unidentified Flying Objects' (UFOs).

The key parts of the report were leaked at once, and there's nothing really new in it apart from the categorical assurance that the UFO 'sightings' were not actually just top-secret US technology. The story practically took over the US media for a day, and much of the rest of the world's as well. Even readers of this column asked me to comment on it.

The only reason that UFOs/UAPs were such excellent media fodder in their heyday in the 1950s, and that they are making a comeback now, is the hope and/or fear that 'the aliens are among us.'  'Flying saucers', in other words, controlled by aliens who may or may not be friendly.

There are rival, non-alien-related explanations, but they all fail. For example, there is the hypothesis that these mysterious flying objects are really ultra-advanced Chinese or Russian technology being tested over the United States, but that's utterly implausible.

"Any sufficiently advanced technology is indistinguishable from magic,", as Arthur C. Clarke's Third Law puts it, but at no time in modern history have the major powers of this planet been that far apart in technology. Besides, one does not test one's most advanced flight technology over what is potentially enemy territory.

Then there are all the suggestions that the UFOs are optical illusions, meteorological phenomena or electromagnetic events. Most alleged UFO sightings undoubtedly do fit into one of those categories, but there is a residue of cases where no obvious explanation is available. However, that does not entitle us to assume that we are being watched by aliens.

I'm not saying that 'aliens' don't exist. The fact that life has emerged on this planet shows at least the possibility that it exists on other planets too.  Same goes for intelligent life and technological civilisations. And there are squillions of planets in the universe, so in theory there could be at least a few zillion civilisations.

On the other hand, there is the problem of the Great Silence. As physicist Enrico Fermi put it back in 1950: "Where is everybody?"  The universe is very old, so if civilisations were common, and long-lived enough to develop interstellar travel, then they would have spread throughout the universe by now. Their existence would be obvious.

That is Fermi's 'Paradox'. It's seventy years old, and still unanswered. However, there is one chilling possibility that some experts do take seriously.

Conditions in the universe have been suitable for life for at least the past ten billion years, so the first civilisations might have emerged that long ago. Not necessarily anywhere near our own galaxy, but if even one civilisation cracked the problem of long-term survival, it could have spread throughout the universe in less than one billion years even without faster-than-light travel.

Would it subsequently allow rival civilisations to emerge, some of which would certainly be dangerous to it? Or would it constantly monitor planets with life to ensure that if any such rivals do emerge, it can destroy them before they became dangerous?

It's a far-fetched hypothesis, but it's completely rational and it would resolve Fermi's Paradox. Yes, the universe is full of life, but no, there are not a lot of civilisations: one of the earliest ones has been strangling all the others in their cradles for billions of years. And, of course, it avoids communicating by means detectable to dawn civilisations like our own.

I don't believe this is true, but it COULD be true. It would certainly provide a justification for the presence of an autonomous monitoring system set to report to home base about any emerging civilisation problem on Earth (and on a bajillion other planets with life)- or just to destroy the new civilisation automatically once it has crossed a certain threshold. What I find completely incredible is the notion that such a ruthless, universal, billions-of-years-old civilisation would be monitoring us with devices that we can actually see. That does not compute.

The author is a Gwynne Dyer's new book is 'Growing Pains: The Future of Democracy (and Work).' The views expressed are personal.